A NEW mum lost seven stone after she ditched her up to £800 a month fast food habit when doctors said she might not live to see her daughter grow up.

Lillie Monro, 24, always struggled with her weight and would often have a takeaway burger for breakfast – as well as fast food for lunch and dinner. 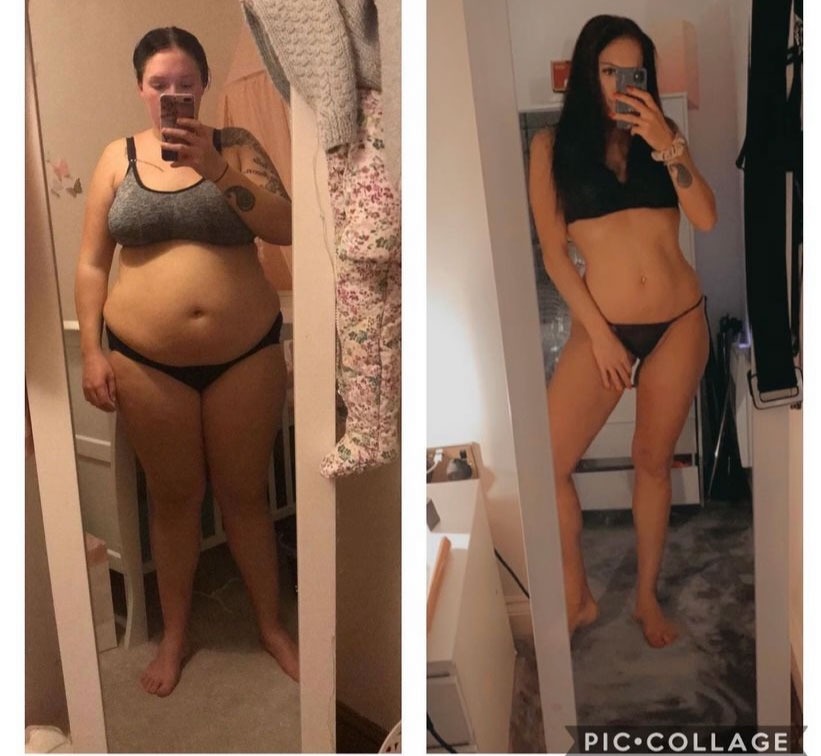 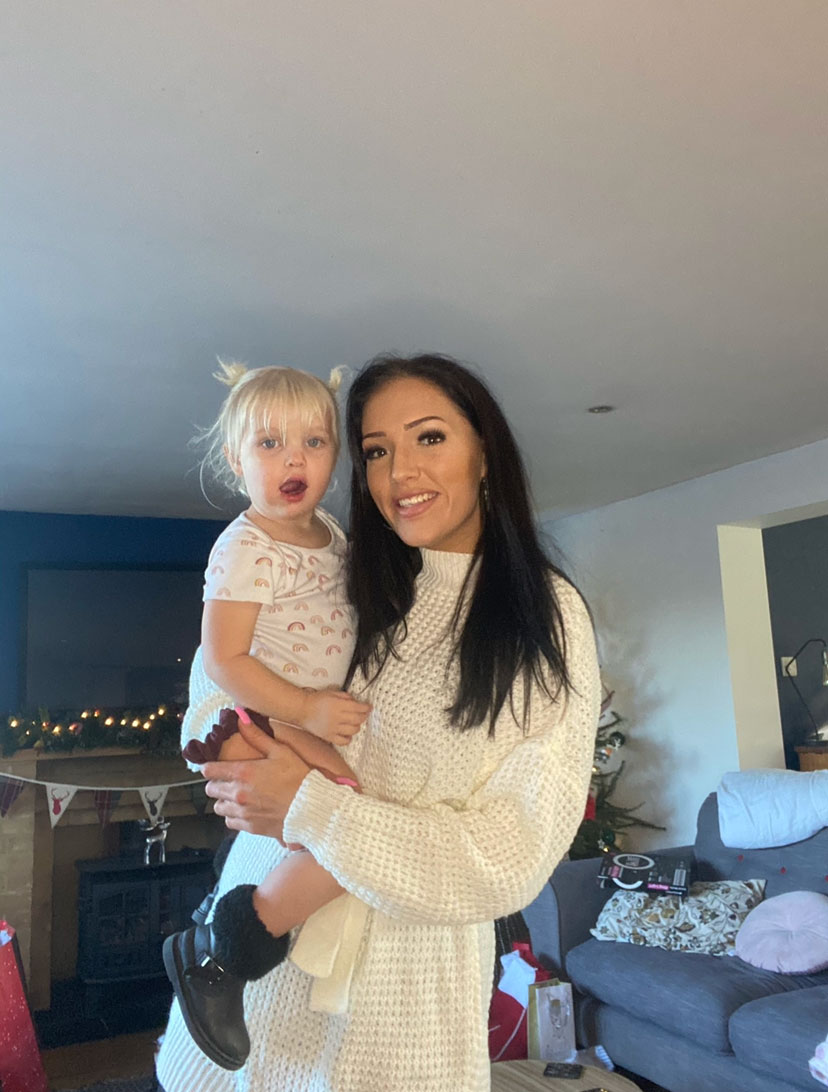 Her habit saw her reach 21st just before daughter Mila, two, was born, and a doctor warned the new mum she might not see her baby grow up.

Weighing 19st 1lb, and with her newborn baby in her arms, she pledged to change, and swapped her takeouts for salads and gave up the massive bags of sweets.

She no longer spends £150-200 a week on fast food, her food bills have halved, and she can climb the stairs without getting out of breath.

Lillie, an MOT, service and repairs advisor from Halstead, Essex said: “I literally lost a whole person worth of weight.

“My GP told me I wouldn't see my daughter grow up so I knew I had to make rapid changes.

“I don’t think I’d have been able to do it if she hadn’t said that and I didn't have Mila.

“I really enjoy just playing with her now: I wasn't able to do that before.

“I didn’t do any exercise, just Slimming World.

“I actually really enjoyed it.

“I just changed the amounts of different foods so I was eating more of the right things and less of others, and cooked from scratch.

“At first I thought of it as a diet, but actually it’s a lifestyle change and that’s why it’s still working.”

As a 17 stone teen, Lillie said she didn’t like to go shopping with her friends, and first went to Slimming World aged 12 or 13.

She tried other diets too, but always found she put the weight back on afterwards, she said.

I literally lost a whole person worth of weight.

The new mum was so uncomfortable about her weight she wouldn’t go out to the shops, or with her friends, and wouldn’t eat meals out, she said.

She went to her GP and was given medication for depression and anxiety, when Mila was three months old, in May 2019.

The female doctor told the mum her weight put her at risk of diabetes, heart failure, and other health risks, and she might not see her baby grow up, she said.

New-mum Lillie had feared losing little Mila when she was taken into neonatal intensive care with suspected sepsis just hours after being born, she said.

My GP told me I wouldn't see my daughter grow up so I knew I had to make rapid changes.

“You don’t expect your doctor to tell you you’re going to pop your clogs, but I’m so glad she did”, said Lillie.

“That was my wake-up call.

“When she said it, it reminded me of that fear of loss when Mila was in intensive care: it was so awful, really dreadful.

“I went home from the GP and cried my eyes out then decided to make changes.

“I knew I was big, I'd always eaten badly, but when she said it I looked and was surprised at how big I'd got.

“I craved junk-food all the time: and you’re always hungry after eating it so you have more.

Like Lillie, Kerry Katona recently admitted she was "mortified" as her five kids had lived on takeaways for six MONTHS.

Lillie adds: “I was the real-life Kerry Katona I was equally mortified when I realised this was the example I was setting for my child.

“If I’d had to wear a suit made from our household rubbish like Kerry did it would have been made of pizza boxes and burger packets, that would have felt so humiliating.

“It's easy to feel shamed by your fast-food habits, like Kerry and I did, but actually fast food is very addictive and it’s everywhere: promising you an easy life.

“It’s not good for you though, and cooking is really fun as well as so much better for you.”

To kickstart her healthy habits Lillie, who was too self-conscious to go out, researched Slimming world and bought second-hand books online.

She weighed herself weekly, sharing her journey, recipes and ideas with other slimmers on Instagram.

Lillie got down to 12 stone in a year, and has maintained that weight ever since, she said.

Lillie used to enjoy tucking in to a few sharing bags of Haribo and a couple of family dairy-milk bars, while curled up in bed watching TV.

She’d have junk-food treats like greasy pizza, or massive burger with fries, for lunch and/or dinner at least five days a week: costing between £150 and £200 she said.

She’d have a cheese burger, a bacon butty or a big bar of chocolate for breakfast, but can't stand fried food now, she said.

Lillie, who has reclaimed her enjoyment of going out, eats only two courses instead of her previous three.

She loves a salad or a grilled shish, she added.

I craved junk-food all the time: and you’re always hungry after eating it so you have more.

Mostly Lillie likes to eat-in now: cooking her own favourites like curry or Chinese fake-away: spending around £50 to £60 a week.

“Variety was so important: if you stick to the same stuff you get so bored of it.

“Bothering to cook for myself was key.

“I’ve been saving so much money towards a mortgage, but first I enjoyed buying new clothes."

"I don't think I'd have been able to do this if it wasn't for Mila," the proud mum said. 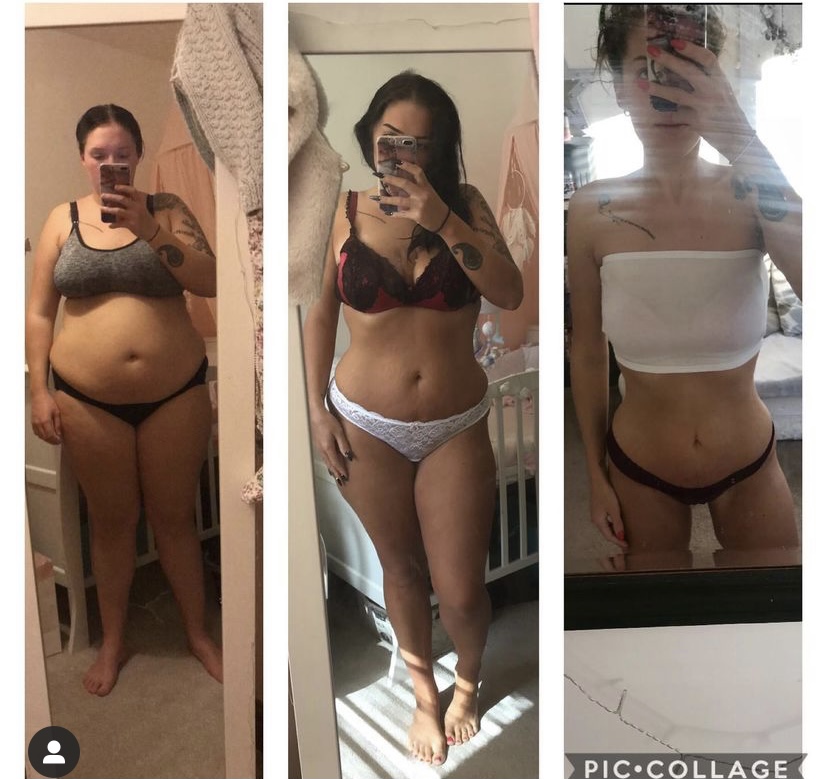 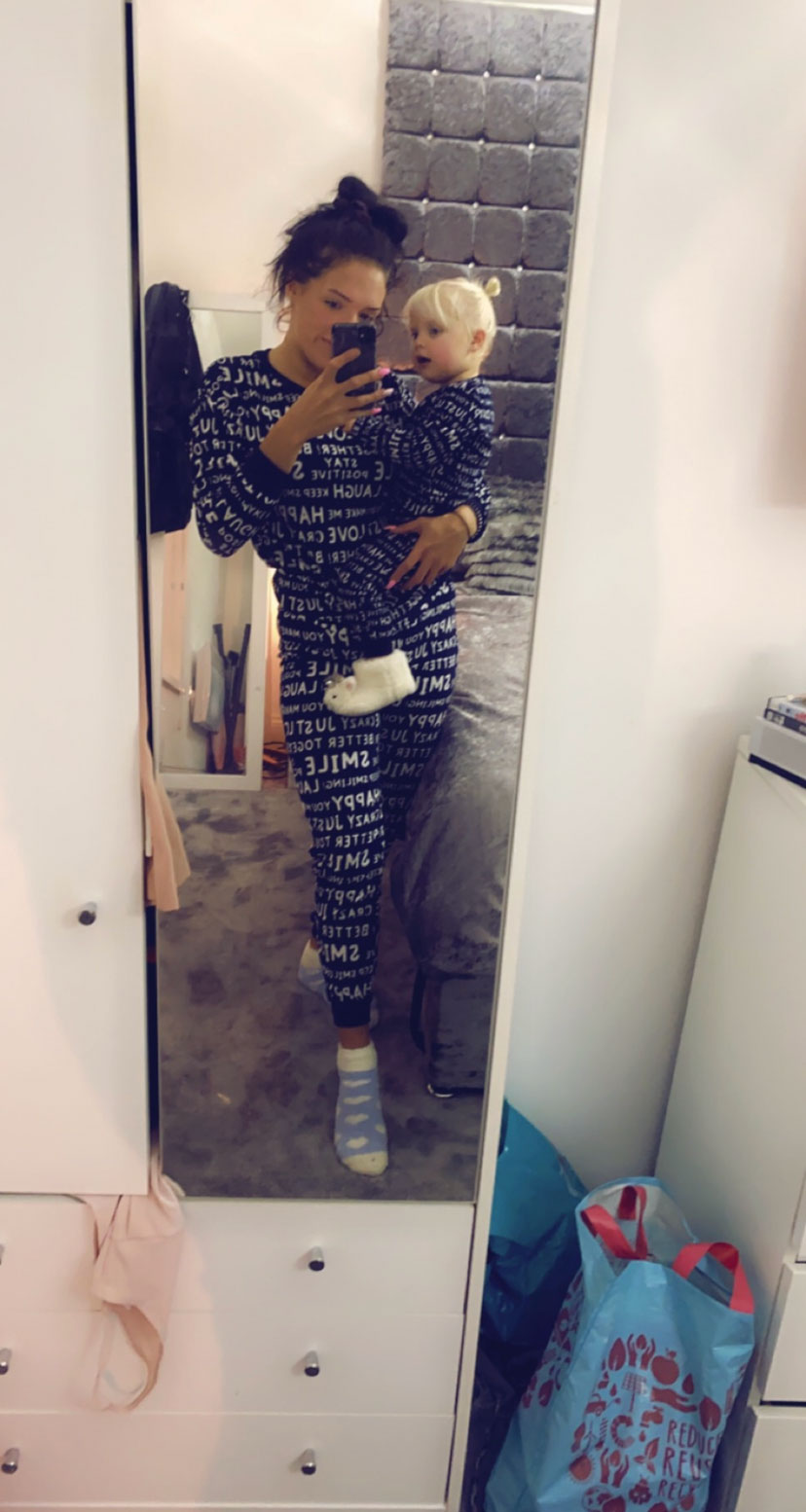 We shared how a fast food worker reveals why you should NEVER order your drink with ice.

Meanwhile, a fuming woman complained after her fast food order came emblazoned with an insult – but was mortified by her mistake.

Plus man surprises his mum with pizza after 7 months apart – her reaction has people saying he shouldn’t have bothered.

Was Angie really dying in EastEnders?