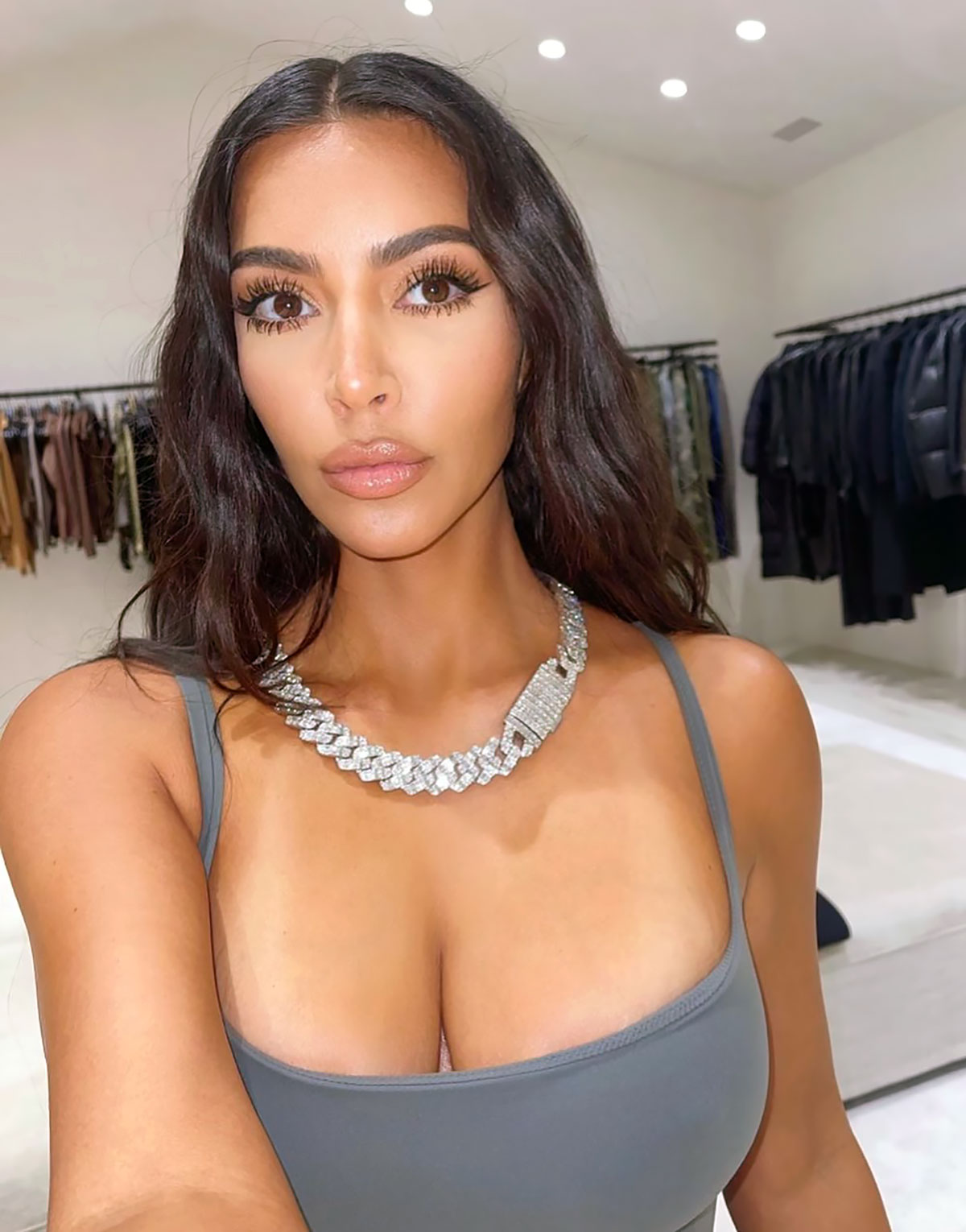 Problematic pictures. Kim Kardashian is facing backlash from the Hindu community after wearing earrings with the sacred “om” symbol.

Last month, the 40-year-old Skims founder took to Instagram to share a series of glam images from a photo shoot. While the carousel featured a range of looks, including one with a bull-style diamond nose ring, it was the last two pictures in her post that sparked cultural appropriation claims.

The reality star laid on a pink velvet bed in the photos, wearing a red sequin gown, fur-lined coat and crazy long nails. She also wore large diamond hoops with the “om” symbol, which is used to “introduce and conclude religious work” in Hinduism.

After the photo shoot, which was created to promote KKW Beauty, was posted, followers and religious leaders voiced their concern.

“Take those earrings off bestie my religion ain’t no aesthetic <3,” one follower pointed out. Another said, “You’re gonna get cancelled for this one Kim.”

The tone was the same on Twitter. One user wrote: “STOP CULTURAL APPROPRIATION OF INDIAN CULTURE!!! WHAT’S UP WITH THOSE EARRING GIRLLLL???” Another added: “Is now a good time to mention that the Om is a sacred symbol to Hindus and not just an accessory?”

The Keeping Up Wit the Kardashians star hasn’t just faced backlash on social media, however. Rajan Zed, president of the Universal Society of Hinduism, also spoke out, noting that “upset Hindus seek apology from Kim Kardashian.”

Zed’s statement said that the earrings were “highly inappropriate,” as the “om” symbol “was not meant to be used as a fashion statement or become a tool for sexy fashion.”

Kylie Jenner Sizzles in Crocheted Bikini: ‘Do Not Disturb’

He continued to explain that while many “devotees” wear the symbol to “express their reverence,” wearing it as a “fashion accessory in a one-time photo shoot” is “disrespectful.”

This is not the first time the star has been caught up in cultural appropriation controversy. In June 2019, Kardashian announced that her shapewear line — which is now named Skims — would be called Kimono, a term used to describe a traditional Japanese garment.

After facing backlash, she made the decision to change the name of her brand. “I am always listening, learning and growing — I so appreciate the passion and varied perspectives that people bring to me. When I announced the name of my shapewear line, I did so with the best intentions in mind,” she wrote in a statement posted to her Instagram at the time.

Kardashian continued: “My brands and products are built with inclusivity and diversity at their core and after careful thought and consideration, I will be launching my solution wear brand under a new name. I will be in touch soon. Thank you for your understand and support always.”

She announced that the new name for the line two months later.

When did Princess Diana and Prince Charles get divorced? – The Sun

A Beginner's Guide to Buying Wigs and Wearing Weaves

Kourtney Kardashian: Someone Knock Me Up! Please!

How I Shot That: The Cameras and Cinematography Behind Sundance’s Narrative Feature Films