A THROUPLE have shown their commitment with a 'wedding ceremony', despite admitting they're still open to dating other women.

Marketing director Jimmy Silva, 35, and Chacha, 32, from LA, were high school sweethearts who met through a mutual friend in April 2009. 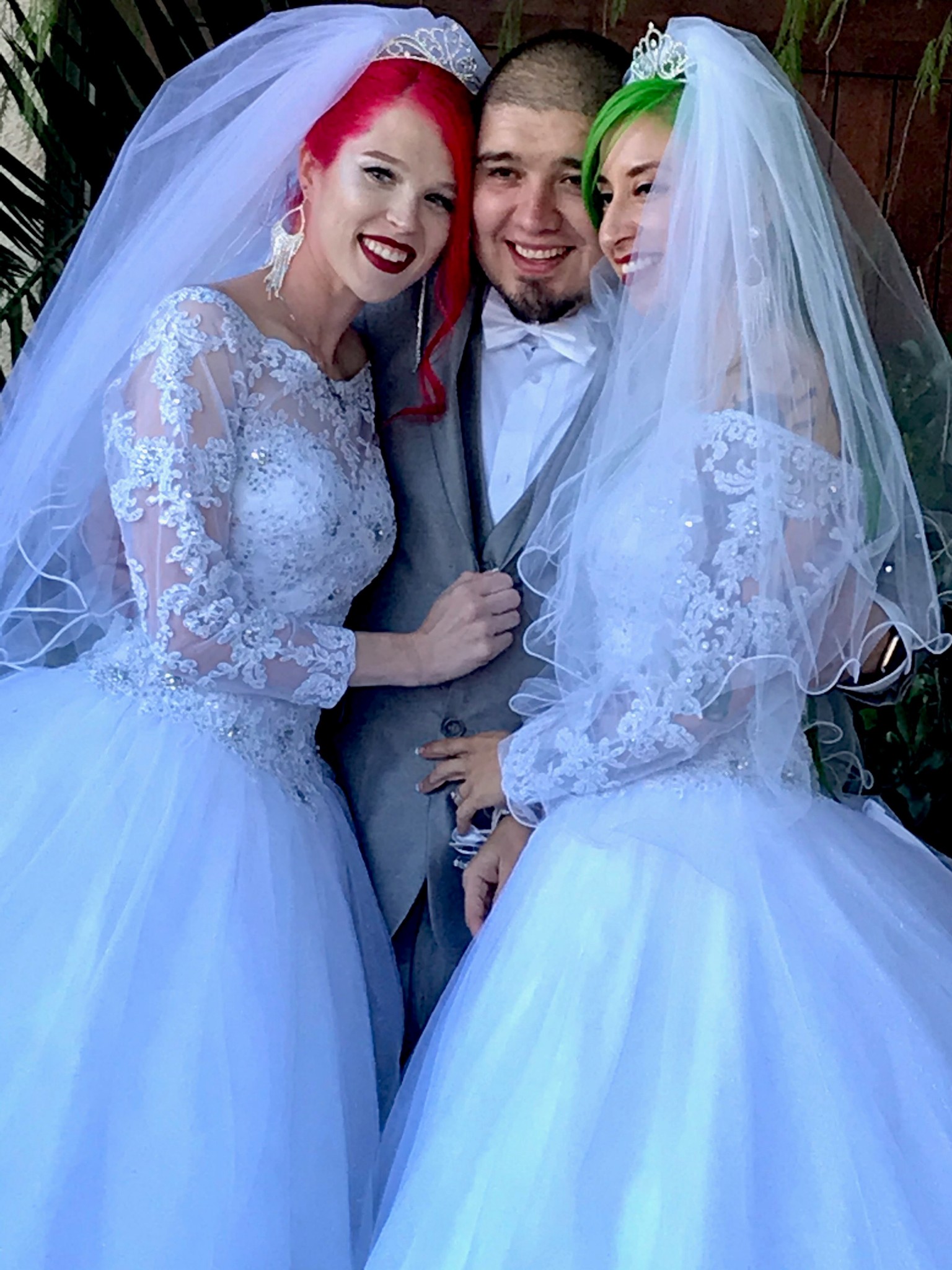 Three years later, they met Summer Pelletier, 25, at the social networking company where they all work – and became an official throuple in December 2012.

Jimmy proposed to both his girlfriends on his 10-year anniversary with Cahcha, in April 2019 – and they're now talking about having kids.

The throuple say planning the ceremony was challenging, as traditional marriage packages only cater for two. 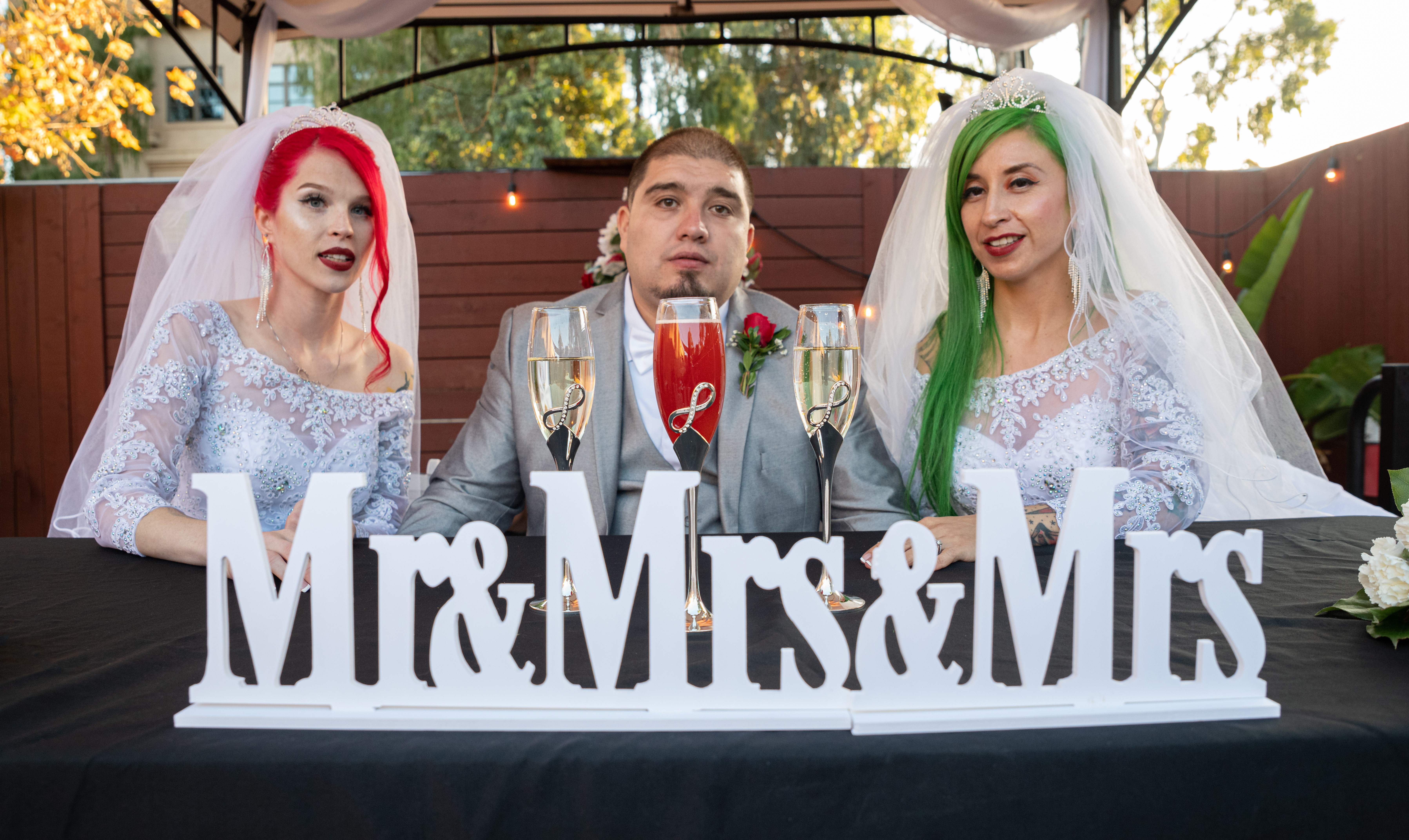 Summer said: "The wedding prep was probably stressful for everyone but us. We had an agreement to make the day the best it could be and didn't let the little things get to us.

"We chose to take our own spin on a traditional ceremony and not see each other the night before the wedding."

But not everyone was impressed by the gesture, with Jimmy's own family threatening to disown him after receiving an invite.

Jimmy said: "My family has probably been the least supportive all along. They kind of pretend my relationship doesn't exist.

"When I invited them to my wedding, they wanted to disown me. I only had one cousin attend my wedding because my immediate family asked the rest of my family not to support.

"They treated me as if I am doing something wrong, and it's sad. I am since talking to them again, but they're back to pretending that my relationship doesn't exist."

Despite their commitment, the throuple, who are all attracted to women, admit they fantasise about adding more ladies into their relationship. 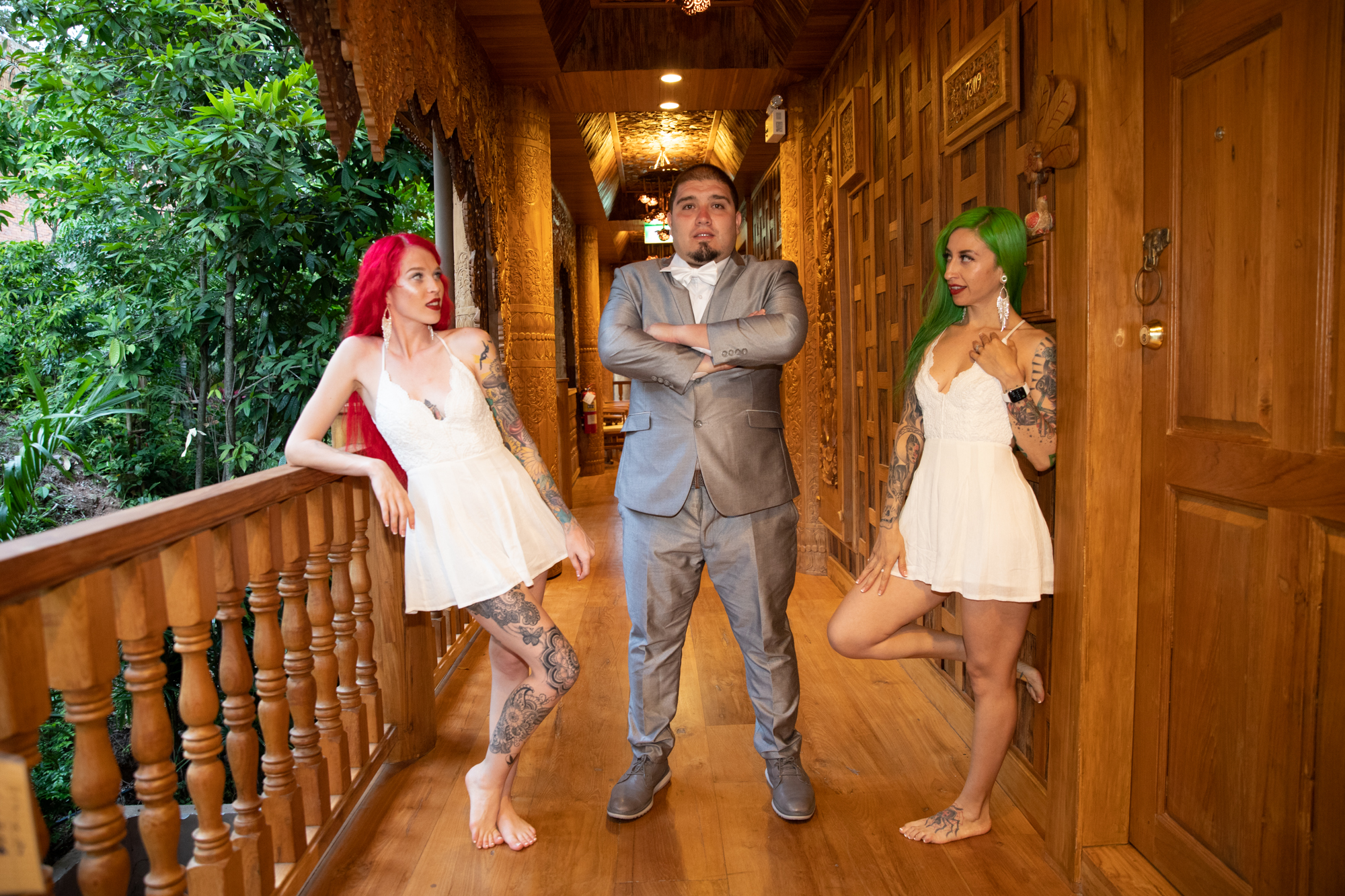 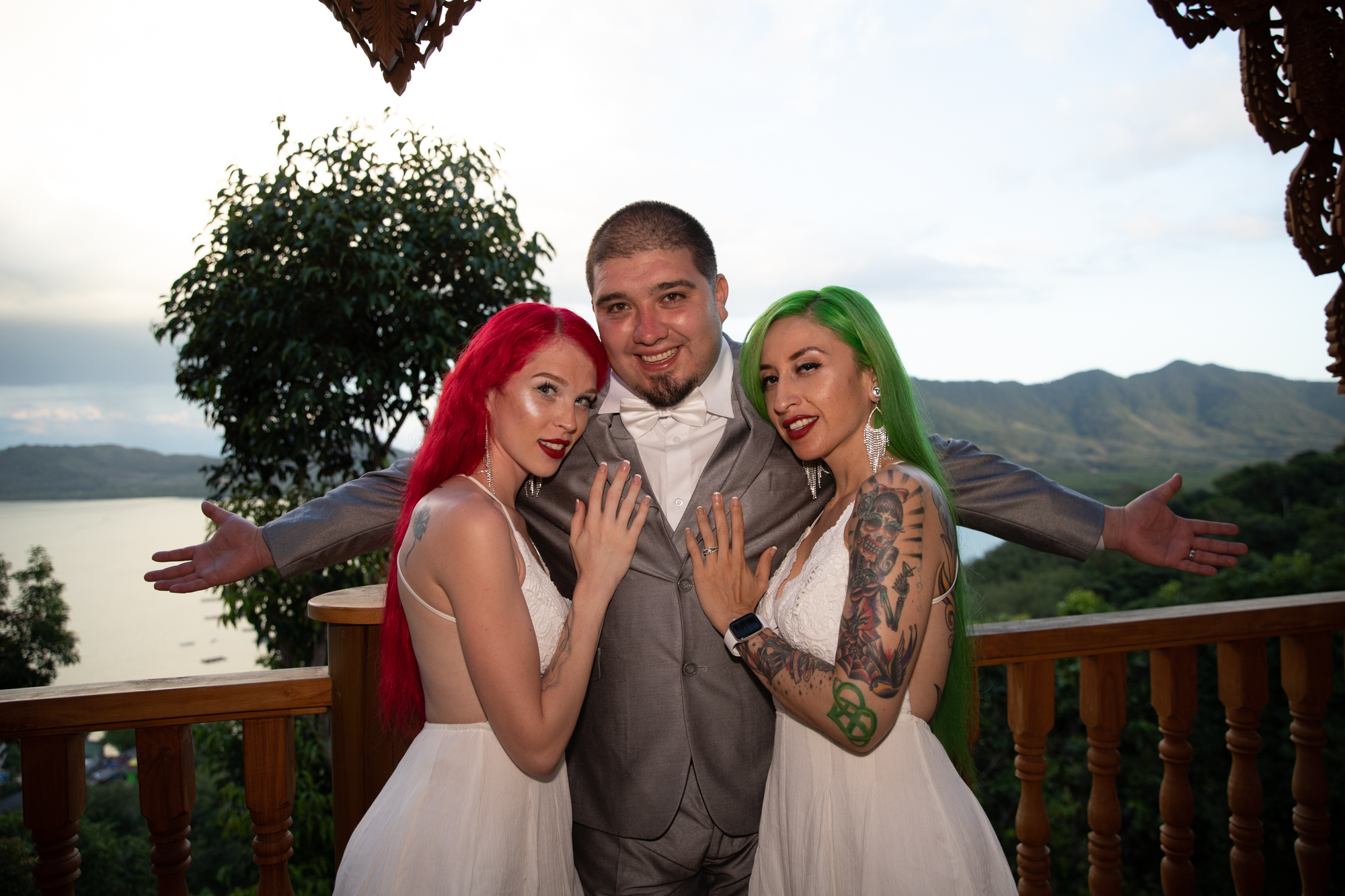 Jimmy said: "We have solidified our five-year plan, which includes owning property (and) having kids in the future.

"We are still very much open. If we find a girl, we all like and we agree to take her on a date, that's normally how it happens.

"We are mutually attracted to women and we are open to the idea of more women joining our love and our life.

"Our current fantasy involves one or more women being intimate with all of us at the same time. 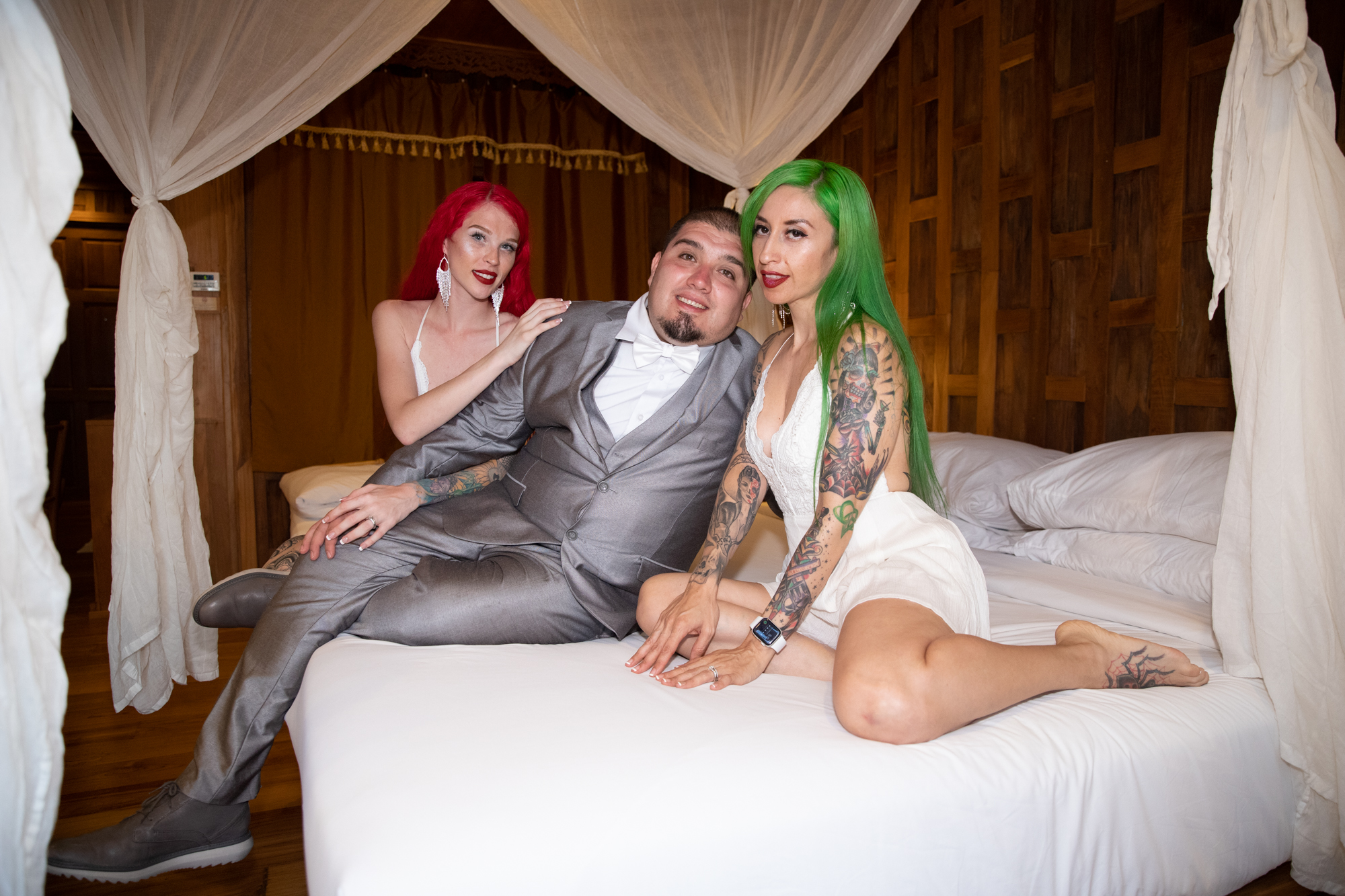 "Our goal is to spread awareness that our relationship, although seemingly taboo, really isn't. We want more people to know how we live our life.

"We know it interests so many people, and if we aren't talking about it, it will stay behind closed doors like it has for so many years.

"We want our love and life to be normalised. A major goal for us would be to legalise polyamory marriage, and we hope to band together with more people who are like-minded.

"We do hope to try for kids in the near future. People love our wedding photos, and we do too! It's really unique because there's two brides and a groom, it definitely makes you look twice, or three times."

In more bridal news, five women popped the questioned in The Sun on leap day.

Get This Good American Jumpsuit Before It Sells Out Again!

Here's How to Whiten Your Teeth at Home (Coffee Fans, This Is For You)

Tacoma FD Season 3 release date and cast latest: When is it coming out?