IF money were no object then we'd all be splurging on luxurious furniture items to fill our grand homes without a second thought given to our bank balance post shopping spree.

But for most of us mere mortals this simply isn't the case, and one woman proved you can still get the look on a budget after recreating a "crushed diamond" coffee table using coasters from The Range. 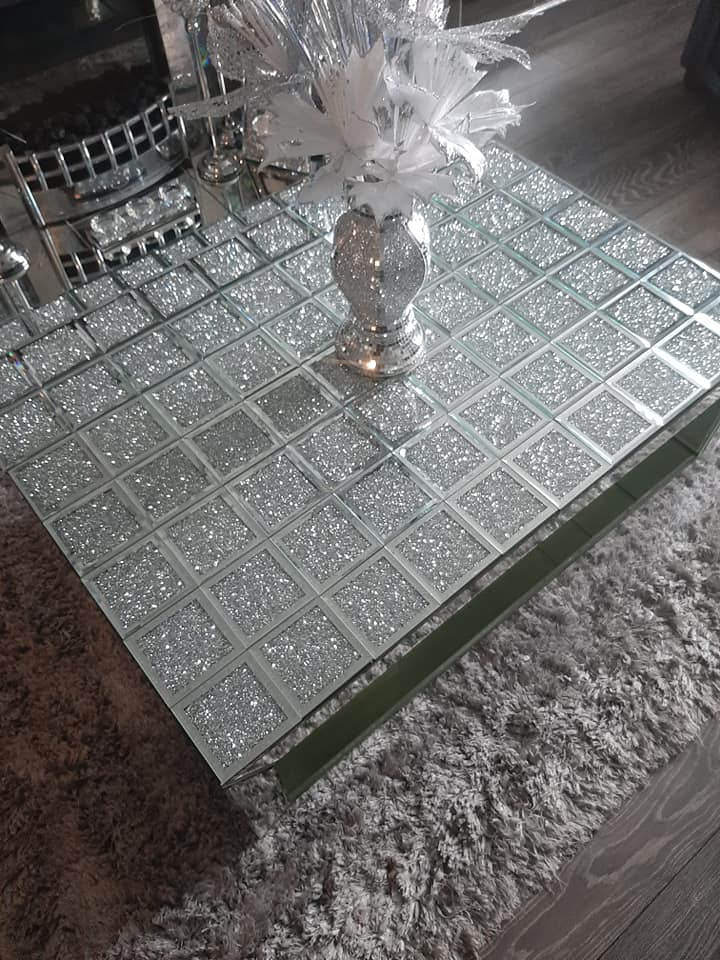 Tracey Murray desperately wanted a new crushed diamond coffee table to complement her living area which was made up entirely of silver and mirror-design pieces.

She had her eye on one she'd spotted on eBay, but wasn't so keen on the £360 price tag that came with it, so decided to make one herself.

Taking to Facebook, Tracey revealed that she'd used coasters she'd pick up from The Range to create a table-top that replicates her favoured design – and they only cost £4 for a pack of four.

She wrote: "I wanted a crushed diamond coffee table to expensive so I made my own with coasters from the range I love it not to everyone's taste but I love sparkle in my life." 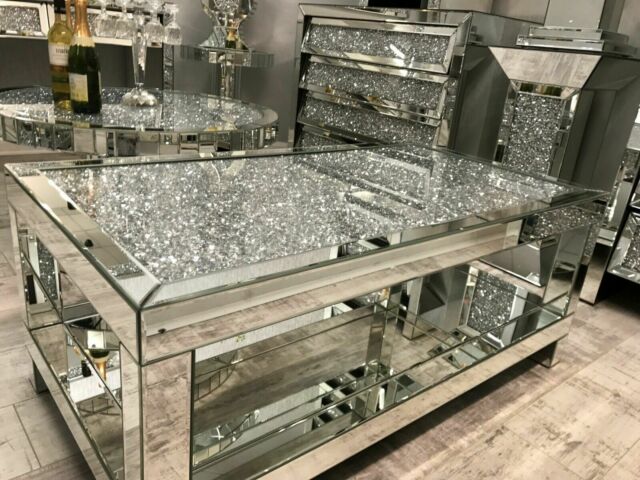 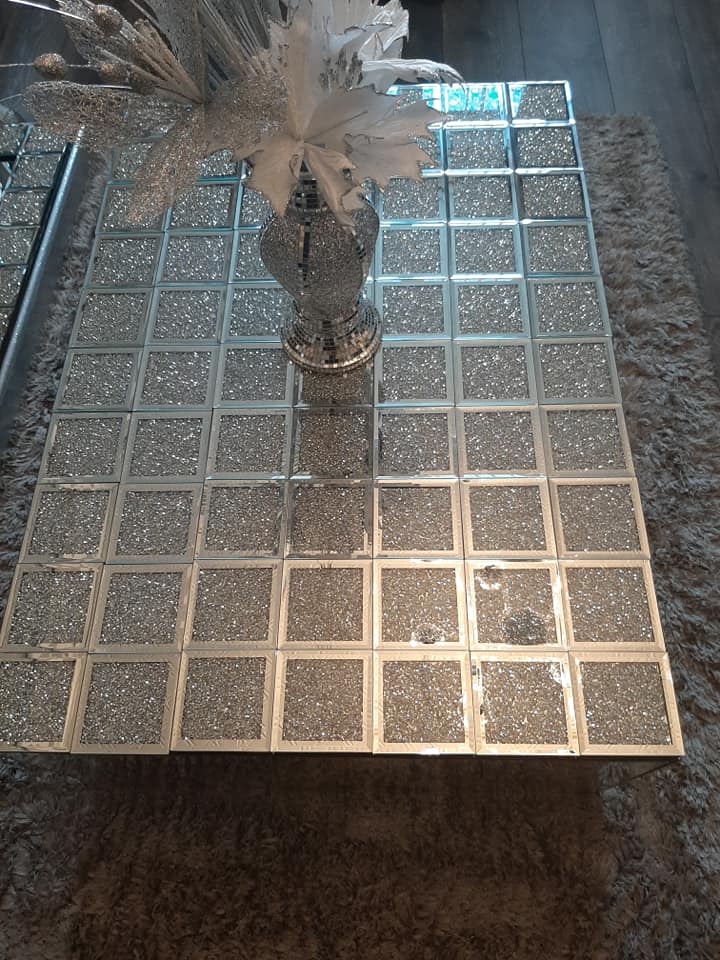 Speaking to Fabulous Tracey revealed that she already had the mirrored coffee table but wanted to spruce it up to create the sparkle-effect.

She said: "I had a mirrored table but I wanted the crushed diamond look so I started collecting the coasters from the range and done my table. "

But she didn't stop at the coffee table as she also bedazzled two side tables and her fireplace which is made of"old fashioned brick" – and was all done for under £100.

While the price of Tracey's chosen table from eBay is already enough to make your eyes water, she claims that's relatively cheap in comparison to some stores that sell similar designs for up to £500. 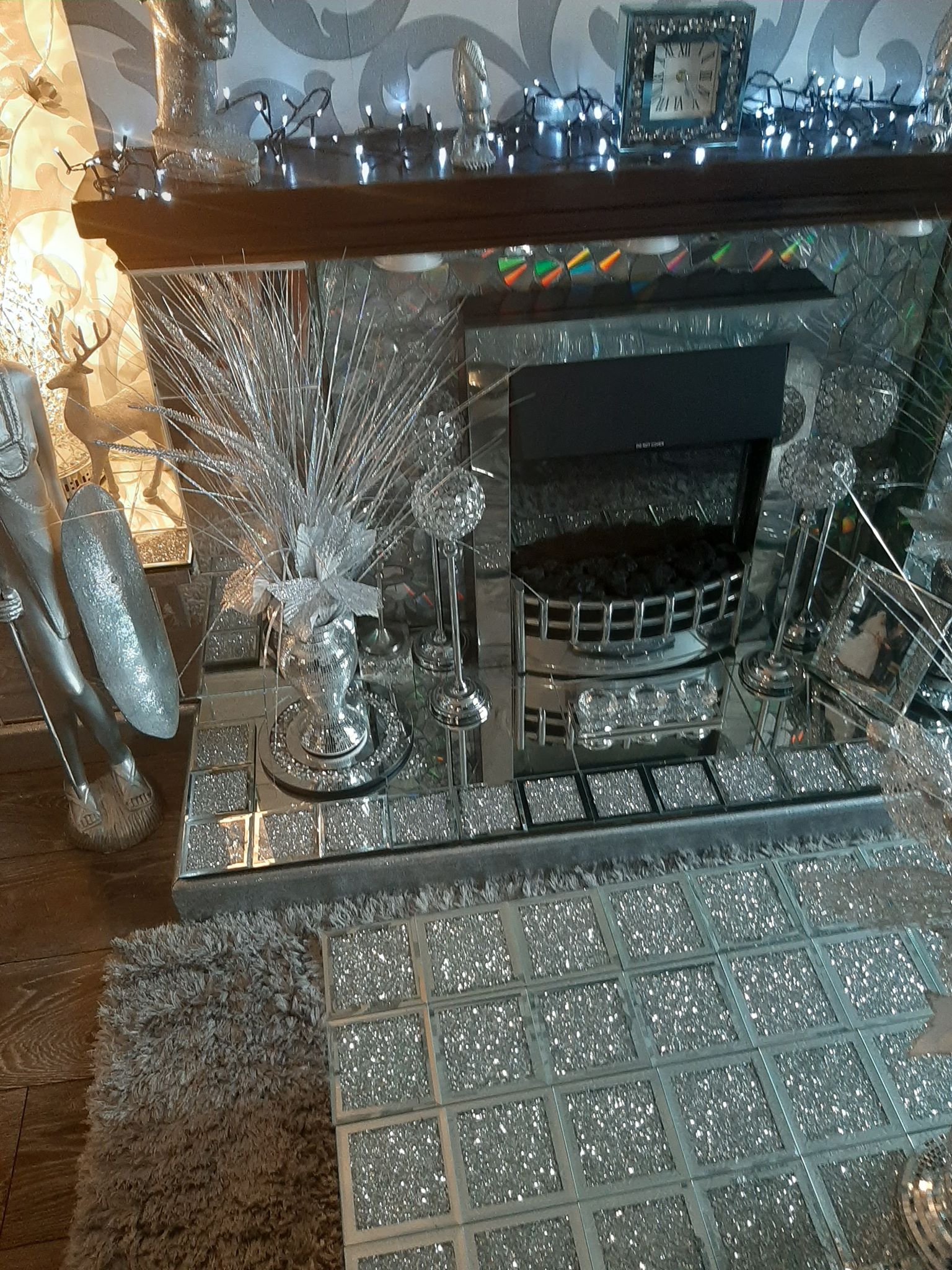 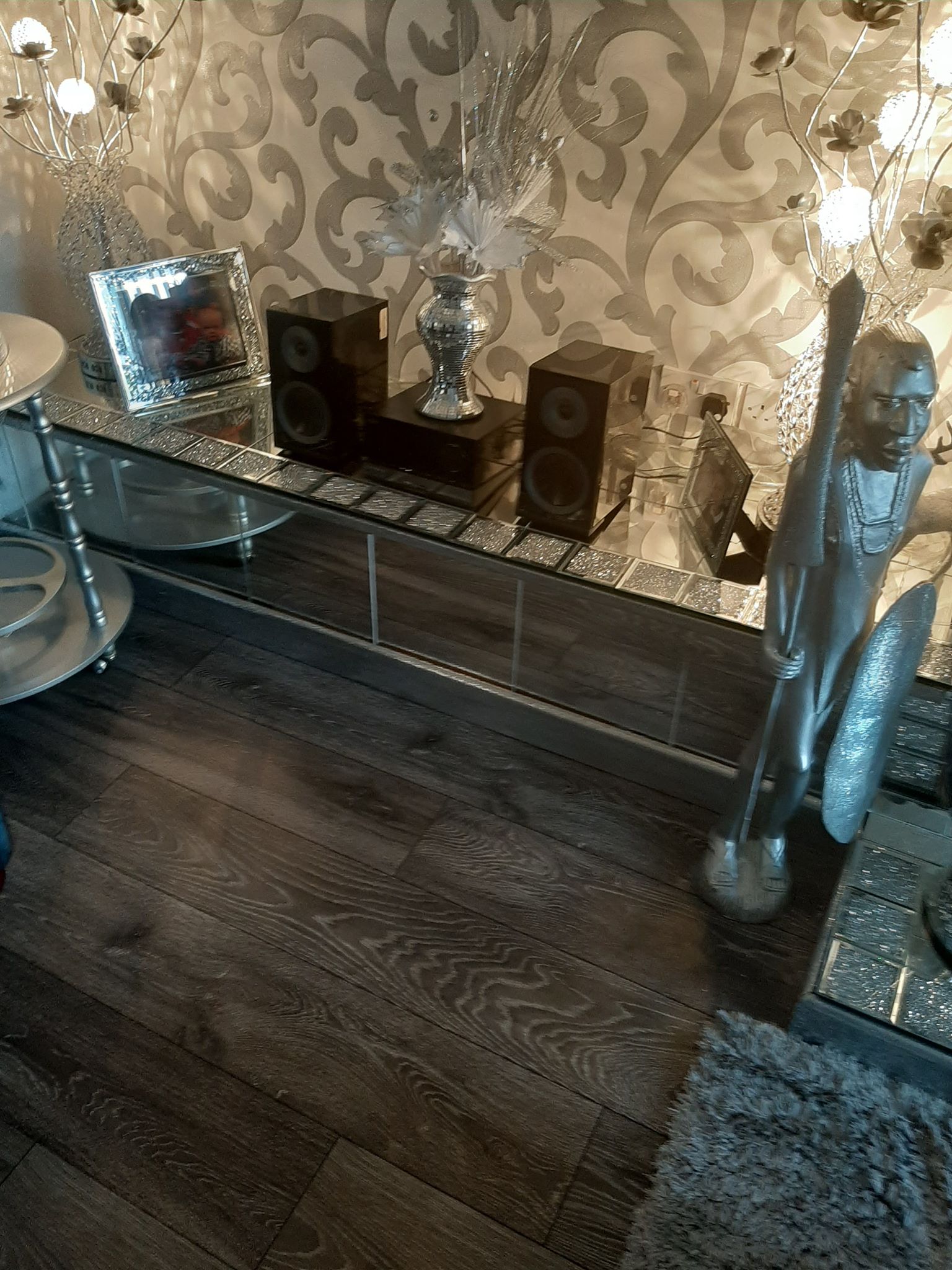 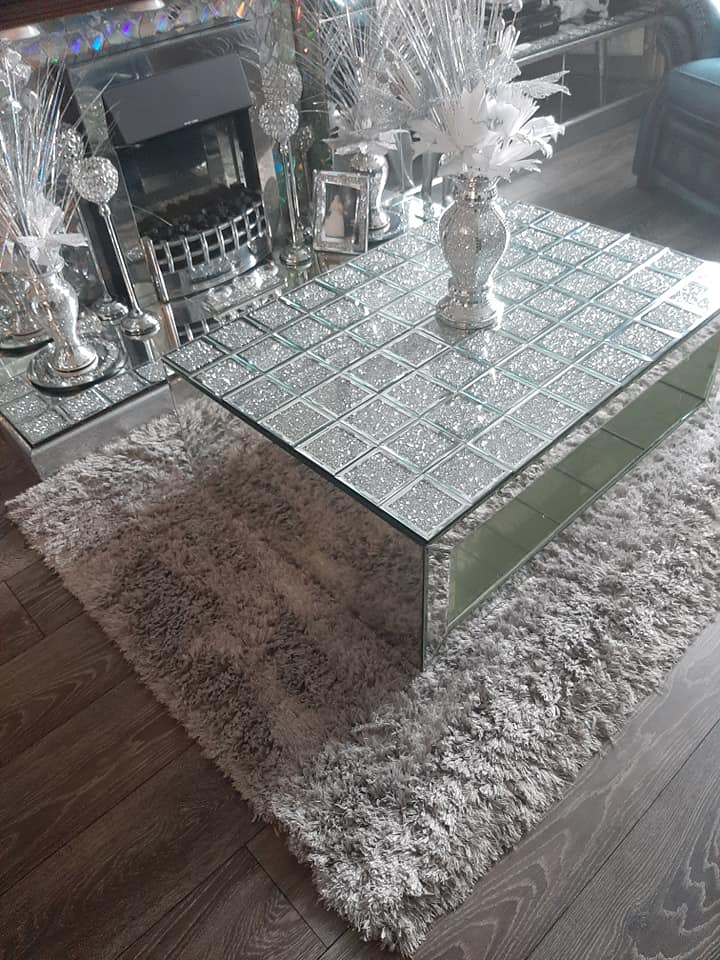 But it seems her thrifty ways paid off as members of the DIY On A Budget Facebook group were quick to praise her creative idea – with the post racking up over 11k Facebook likes and 1.8k comments.

Impressed by the idea, one person wrote: "Not gunna lie….. absolutely AMAZING!!!! What a brilliant idea," and added,"we need more of these homemade ideas on this site."

And another gushed: "wow, well done…its simple and effective, i bloody love it too."

Meanwhile, others described the new look as "beautiful" and "brilliant" while praising Tracey for thinking outside the box. 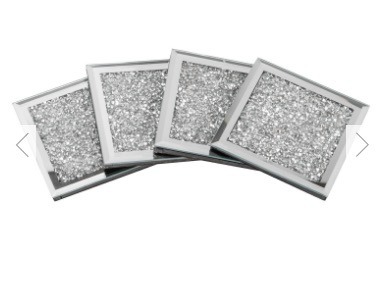 Tracey told Fabulous that she hasn't yet glued them all in place but will most likely use gorilla glue, as recommended by many in the group.

She said: "I collected them for months so I placed them down to see what they look like and then put it on the group to see what people thought.

In other DIY related news, one woman revamps her bloke’s wardrobe by painting it white but accidentally makes his clothes all stripey at the same time.

And a savvy mum shows how she used Poundland and Wilko bargains to create The White Company dupes – and it’s so easy.

Plus a mum shows the unique way she dries her washing outside when it rains and people are instantly on board.

23 Exciting Ways to Wear Leather This Season — You'll Never Get Bored of These Ideas!

ABC 2020-21 Schedule: ‘The Bachelorette’ Makes Fall Debut As ‘The Conners’ Moves To Wednesday, ‘Black-ish’ Is Benched & Net Goes Down To One Comedy Night

When is Death In Paradise series 10 on BBC One?