A MUM was left mortified after suffering an awkward suncream fail that made it seem like she'd been getting steamy with a sexy man all day long.

Leanne Gresty was left looking like she spent the day "in the arms of a sexy hunk" after slapping on sun cream so lazily that it left her with two perfect hand prints across her shoulders – while the rest of her back was burnt red. 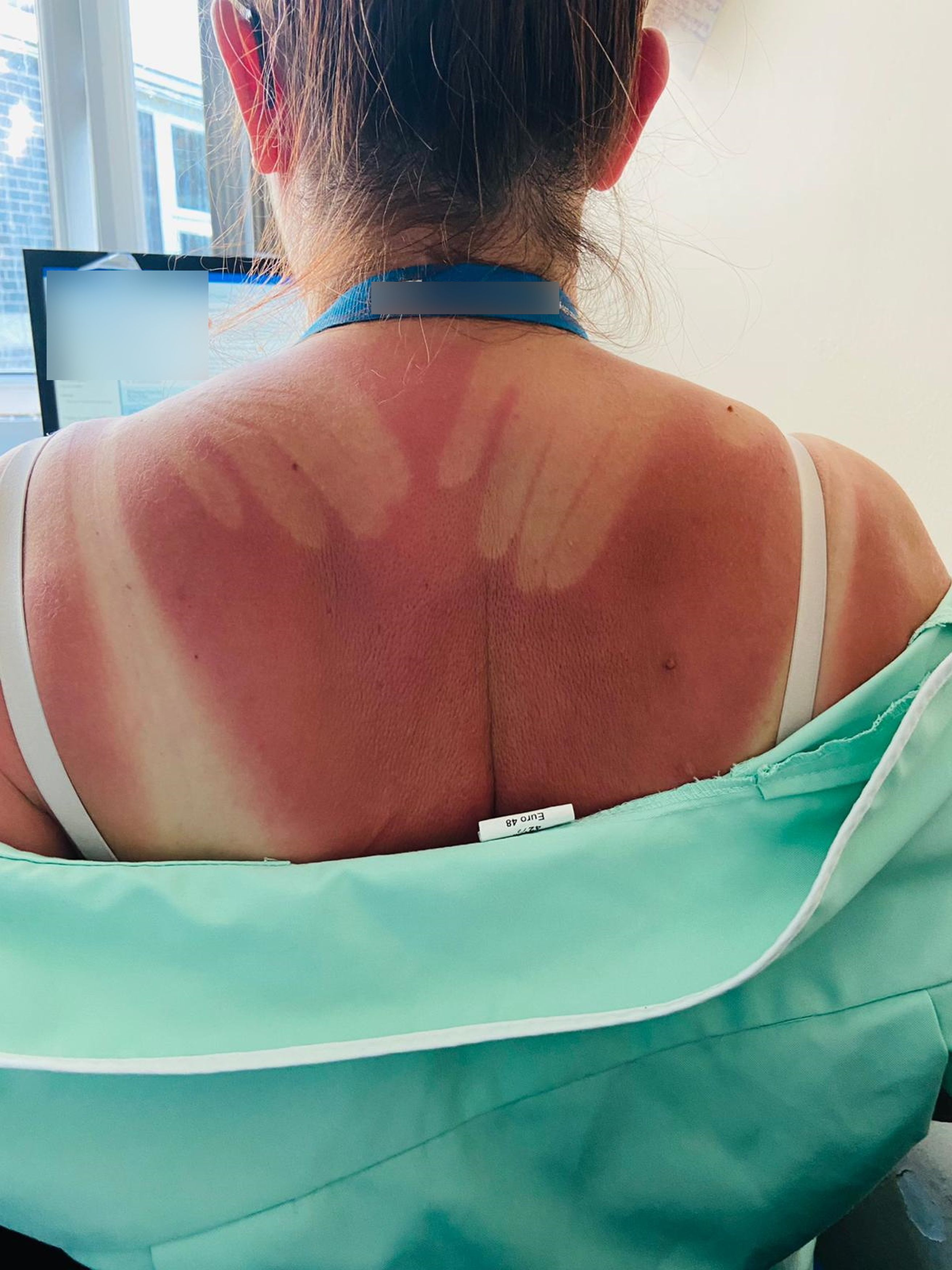 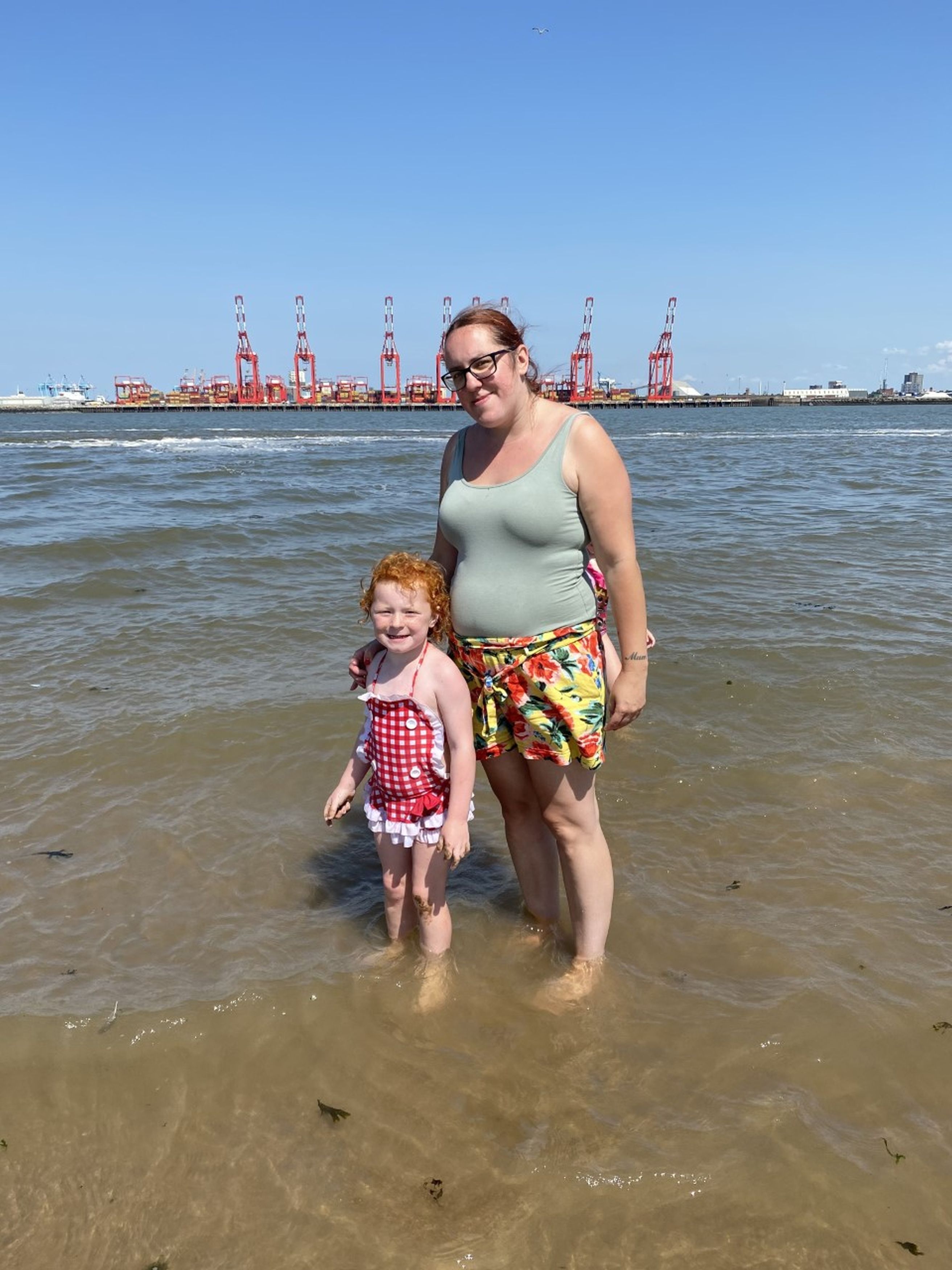 She had taken a trip to the beach at New Brighton, Merseyside, on July 18 with her family and had Boots sun cream with her, which she applied to her daughter.

Despite not usually wearing much sun cream herself, the 35-year-old was worried about her shoulders so dabbed some on there – before making an attempt at her back by simply slapping her hands over each shoulder.

Because Leanne had failed to rub the lotion in at all, only the specific points where her hands had touched on her back had any protection from the sun's rays, leaving her with the perfect outline of two hands.

However, the healthcare assistant saw the funny side of the "hilarious" situation and even said it served as a good advertisement for Boots sun cream – as the parts the cream touched were left completely unburnt.

The striking marks have earned shocked reactions from anyone who has seen her, and Leanne has even been forced to explain what happened to baffled passersby.

The mum-of-one even joked that she could have made up a better story and suggested that rather than simply having applied the cream badly, "some sexy hunk had his arms around her" while she was in the sun instead.

Leanne, from Manchester, said: "I'd put sun cream on my daughter. I don't usually use it on myself, but I still put a bit on my back and shoulders.

"I was more bothered about my shoulders really. I don't burn often, so I didn't ask anybody to put it on for me.

"Where the sun cream had been, obviously it had worked. Those hand marks were there for a couple of days afterwards.

"I didn't even really feel the marks were there at first. It was my sister who said 'Oh, somebody's put sand on your back'.

"My daughter had put her hands on my back after she'd been playing in the sand, but when my sister tried brushing it off, it wouldn't come off.

"It's at that point I thought 'Oh god, that's where I put my sun cream on!'

"It was a very hot day, but we'd been by the beach with the sea breeze so we didn't really notice how hot it was. You just don't realise how strong the sun is.

"On that day, we all got caught out and burnt. It wasn't just me.

"I've had worse sunburns, but it was a little bit sore. I wouldn't have thought to have looked at my back.

"I saw the humour in it though – I thought it was hilarious straight away.

"I did think it was such a good advertisement for Boots sun cream. It shows that it's efficient and good when you use it in the right places.

"If I'd have covered my whole back, I wouldn't have gotten burnt. It would have been effective."

Upon returning home to Manchester, Leanne found that the hand marks were turning heads in the street and said: "Two or three days later, I was walking down the street, and this lad on a bike rode past me.

I could have said some sexy hunk had his arms around me the whole time. That would have been a better story

"Then that same day, I walked past this young girl, and she shouted to me 'Oh my god, look at those big hand marks on your back!'.

"But when people point it out, we've been having a laugh about it. People at work were laughing when I showed them, but I had to pull back my uniform for them to see.

"When I took my daughter to her swimming lessons, her friends were all asking about it.

"Part of me did think that I could have just made up a story about how they got there.

"But hopefully what people did think when they saw the marks was 'Ooh, that's an effective sun cream.'" 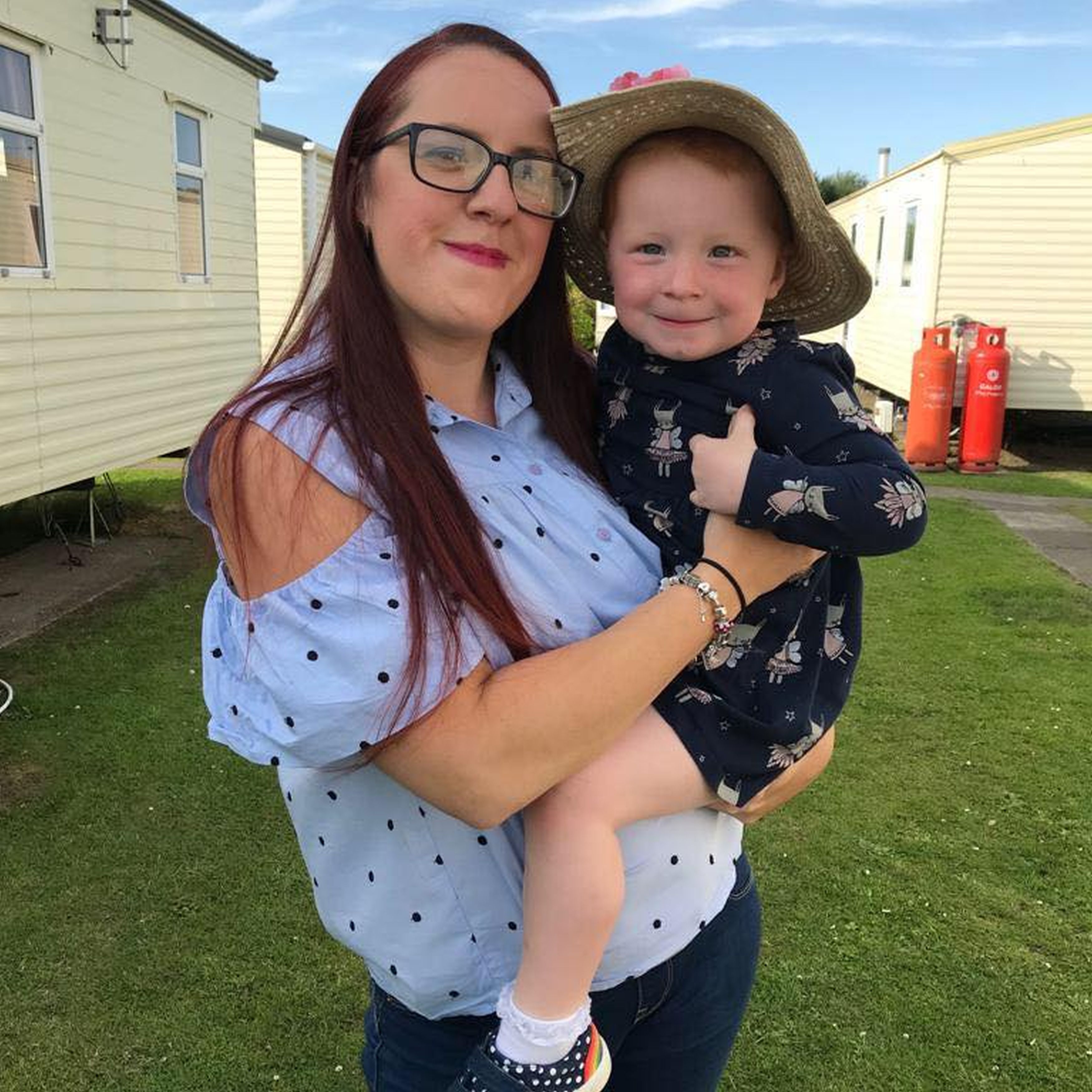 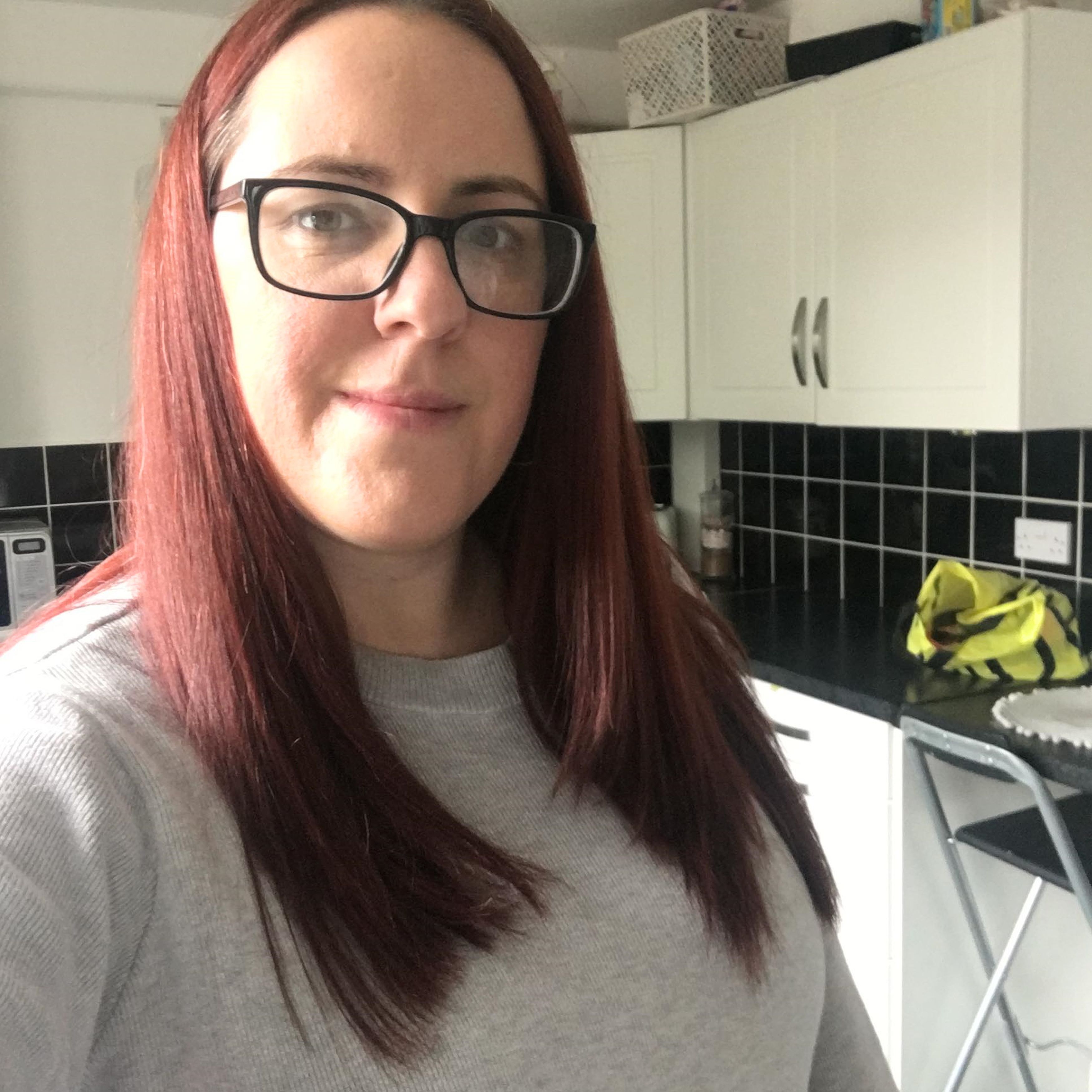 Plus, a mum shares easy hack for getting sun cream on wriggly toddlers WITHOUT missing areas.

And one mum reveals genius way to heat up paddling pool so it’s ‘like a bath’ – and it will get kids jumping in.

Step Out of Your Slippers and Into These 16 Cute, Comfortable Shoes