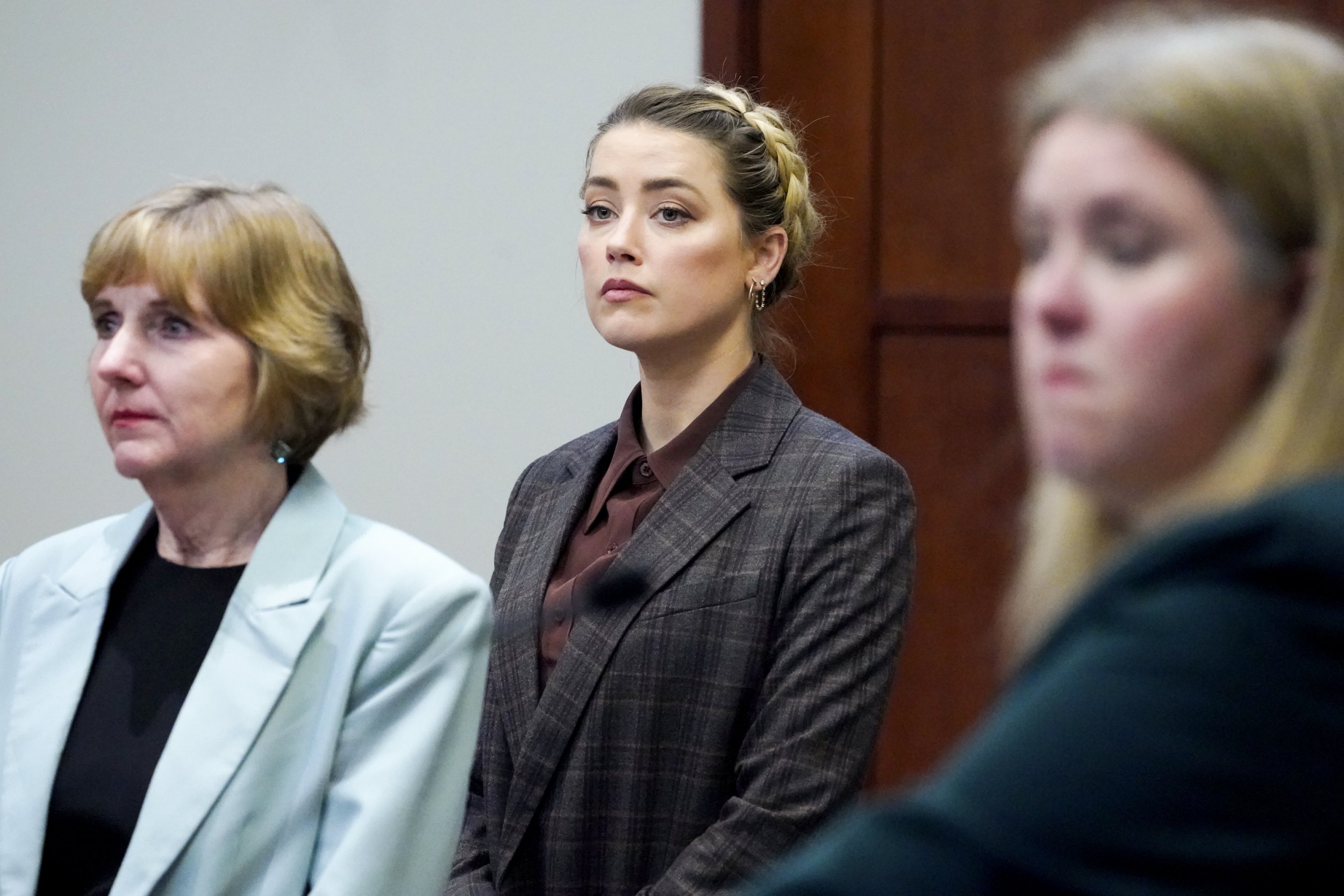 Amber Heard is expected to take the stand today as her trial against ex-husband Johnny Depp continues, it has been claimed.

The Aquaman actress, 36, has been sued by her ex-husband over an op-ed she wrote in the Washington Post in 2018, in which she discussed her experiences of domestic abuse.

Although she didn’t name the 58-year-old, his team argued that it falsely implies that he sexually and physically assaulted her during their relationship – something he has denied.

He filed a lawsuit for defamation, seeking damages of $50million (£39m), and Heard is countersuing for $100million, claiming that the Pirates of the Caribbean actor libeled her by calling her a liar.

According to reports, she will be testifying at the Fairfax County Court later today for the first time in the case.

The trial began last month, with Depp taking the stand alongside various other witnesses, including Heard’s former nurse, their former couple’s therapist and the Edward Scissorhands’ actor’s security guard.

Heard was due to be first on the stand but her team ‘shifted tactics’, with Dr Dawn Hughes beginning her testimony on Tuesday instead.

The forensic psychologist returned on Wednesday for cross examination, after which Heard is reportedly due on the stand.

Her team made a motion to dismiss the case yesterday, with Judge Penney Azcarate denying the this, ruling that sufficient evidence had been presented to continue the case.

‘If there is a scintilla of evidence that a reasonable juror could weigh, then the matter survives a motion to strike,’ she noted via Deadline.

‘The weight of that evidence is up to the fact finders.’

How is Simon Cowell doing after his bike accident?