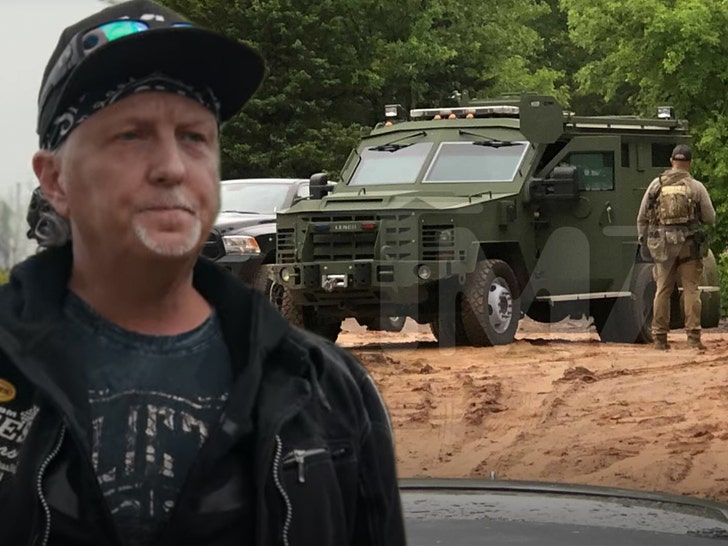 Nearly 70 cats from Jeff Lowe‘s “Tiger King” Park alleged to be endangered and abused have been seized by the feds.

The massive operation corralled 68 animals, including lions, tigers, lion-tiger hybrids and a jaguar from Jeff’s zoo in Thackerville, Oklahoma. The feds say the seizure was part of an ongoing probe for Endangered Species Act violations.

According to the feds … the U.S. Department of Agriculture’s Animal and Plant Health Inspection Service conducted 3 inspections of the park since mid-December 2020, and during those inspections, the Lowes “received citations for failing to provide the animals with adequate or timely veterinary care, appropriate nutrition” and shelter that allows for normal behavior and protects them from bad weather.

What’s more … the feds say Lowe was supposed to employ a qualified veterinarian and establish a program of veterinary care that meets the requirements of the Animal Welfare Act, but Lowe’s been found in contempt after months of non-compliance with court orders requiring him to do so.

The feds say they’ll work “to ensure that [the animals] go to responsible animal preserves where they can be safely maintained rather than exploited.”

TMZ broke the story … the feds descended on Jeff’s park earlier this week with a search warrant. During the raid … Jeff was told to stay inside his house or he’d be arrested.

This week’s raid had been the second time this month the feds had shown up. Jeff said they showed up a few weeks ago to haul several of his hybrid big cats — animals he claimed were not protected under the Endangered Species Act.

Can We Plant Enough Trees?

There's a New Balance 2002R Colorway for Everybody

The reason why Billie Eilish fans hate being called avocados