Jessica Chastain hopped on a TikTok trend to remind people that she is not, in fact, Bryce Dallas Howard.

Jessica Chastain is sick of the Jessica Chastain erasure. The Golden Globe winner, 44, reminded fans that she is not fellow Hollywood red-head Bryce Dallas Howard in a hilarious new TikTok video on June 23. The Zero Dark Thirty actor hopped on the “Sick of It” trend created by user KingDiaaa2 to share the public service announcement, mouthing along to the “I’m f*cking sick of” audio that comes along with it.

This isn’t the parent trap y’all

♬ Sick Of It – KingDiaaa2

“When you spend 20 years building a career and they still think you work at Jurassic Park,” Jessica wrote on the TikTok video, referencing Bryce’s, 40, role in the Jurassic World spinoff films. She also wrote in the caption of the post, “This isn’t the parent trap y’all.”

Jessica and Bryce, who both starred in the 2011 film The Help together, have long been misinterpreted as each other. During an interview with the Associated Press in July 2019, Jessica revealed that Bryce’s own father — famed director and producer Ron Howard — even once mistook her as his daughter while an at Apple store. “I was walking by [and] I was like, ‘Oh, that’s Ron Howard,’” Jessica recalled. “And then my friend was with me [and] said he turned to someone [and said], ‘I think I just saw Bryce.’”

“We look so much alike,” Jessica said. Bryce confirmed the incident several weeks later at a press event for Jurassic World – The Ride in Universal Studios Hollywood, telling Entertainment Tonight that her dad “was, like, shook.” 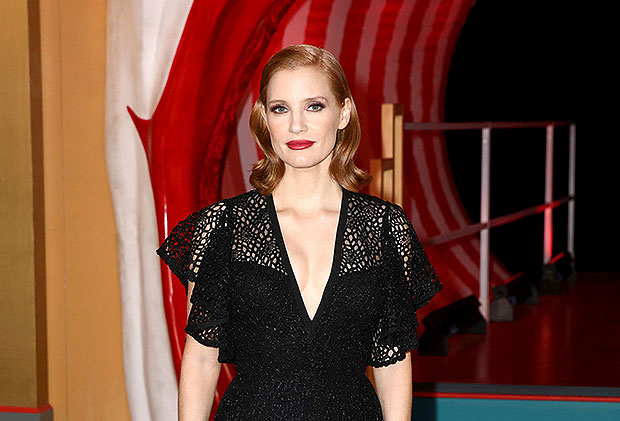 In her AP interview, Jessica also recalled the first time the doppelgängers met while on set of The Help — and revealed that they had a whole mirror moment. “The first time we met, we went to the table read and like looked at each other — because we both get it all the time — and we grabbed each other’s hands and said, ‘Let’s go to the mirror,’” Jessica said. “And we went to the mirror and looked at our faces and went, ‘Yeah, we look exactly alike.’”

“There are little things about us that are different, but we definitely look like kin,” she continued, later adding that she considers the comparison “a compliment.”