Kelly Osbourne and boyfriend Erik Bragg were photographed kissing in Beverly Hills on Feb. 25 — where the host showed off her thinner frame in a casual black dress. Kelly is down 85 pounds after she underwent a gastric sleeve surgery.

Kelly Osbourne and Erik Bragg are going strong! The new couple stepped out in Beverly Hills on Thursday, where they were caught PDAing in a parking garage. Kelly and Erik locked lips through their matching black face masks — and if that’s not a modern-day romance, then we don’t know what is. 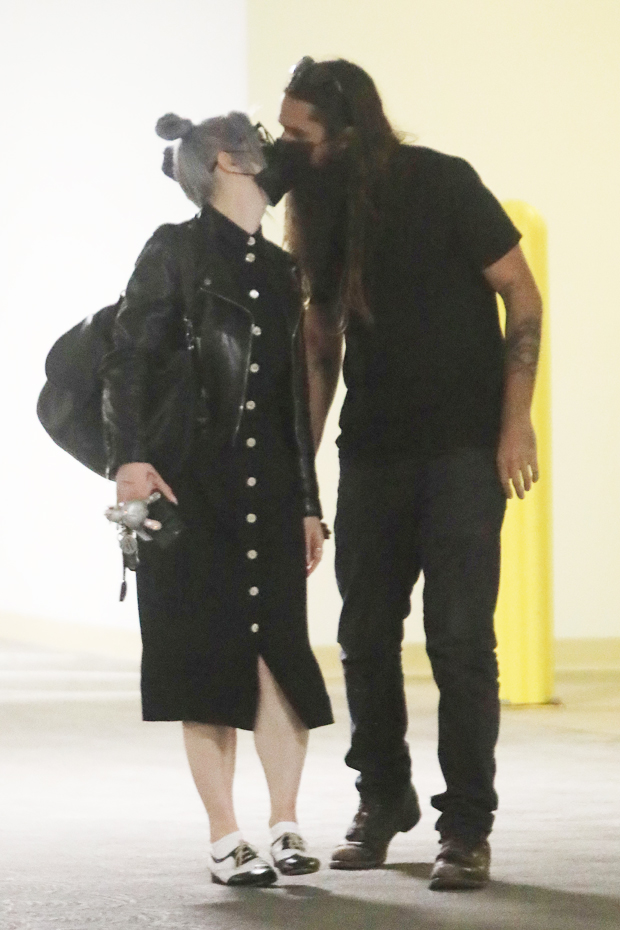 The daughter of Sharon and Ozzy Osbourne stepped out in a mid-length, button-down dress that accentuated her thinner waste. Kelly, 36, whose lavender hair was styled in two top knots, sported a leather jacket and eyeglasses with sleek black frames. Meanwhile, Erik, a cinematographer and director, bared his arm tattoos in a black t-shirt — which he paired with dark pants and shoes. His long, brunette hair was down and pushed back by a pair of sunglasses.

Kelly and Erik’s romance continues to flourish with each day that passes . A source close to the British author recently told HollywoodLife that Kelly “is the happiest she has ever been with a boyfriend,” and her family is “thrilled” over the relationship. “She really loves how he is with her family. Everything is so simple, easy, and real. There is no BS to him,” the source said, adding, “They are without question in love.” 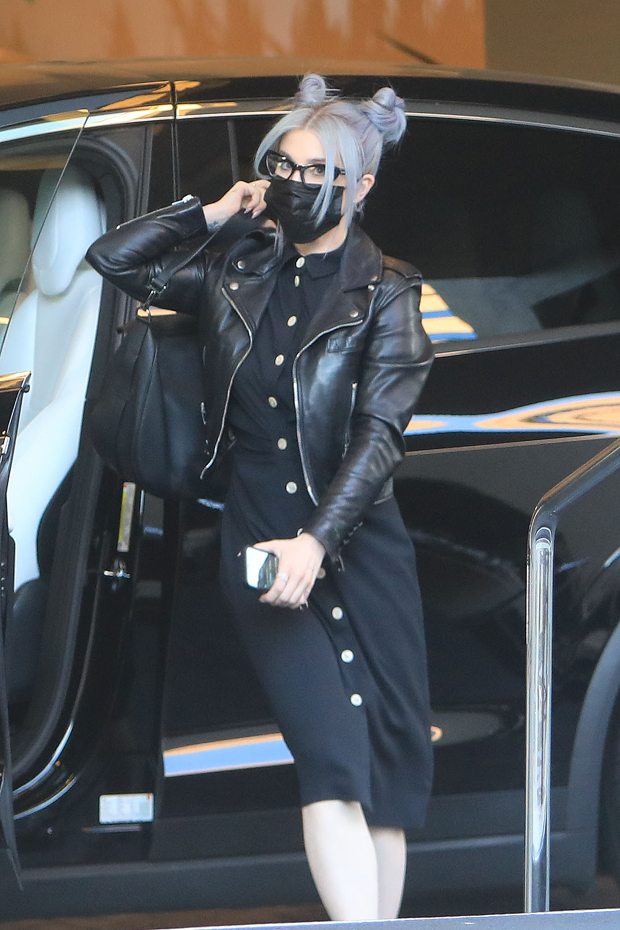 The Fashion Police police alum showed off her amazing weight loss transformation — she’s down 85 pounds and counting! — after she proudly underwent a gastric sleeve procedure in 2018. Kelly unapologetically gushed about the successful surgery in an interview in August 2020.

“I don’t give a f***k what anyone has to say. I did it, I’m proud of it, they can suck s**t. I did the gastric sleeve.” I did it. I’m proud of it…” she said on the Hollywood Raw podcast, just days after she confidently confirmed her 85-pound weight loss on Instagram. “All it does is change the shape of your stomach,” she explained, admitting, “I will never ever lie about it, ever. It is the best thing I have ever done.”

Two months later, Kelly appeared on The Talk, where she discussed the impact her gastric sleeve surgery has had on her life thus far. “It’s just a gentle nudge in the right direction of just completely changing your life and your habits and becoming the person that you’ve always wanted to be,” she said during the virtual appearance. “So when I say, ‘it’s not a quick fix,’ it’s not a quick fix. You have to eat right; you have to work out, you have to do everything that you would normally do.”

Robin Thicke Announces New Album ‘On Earth, And In Heaven’

Here’s How You Can DIY Your Own Dream Home Makeover

German shepherd spins around and walks backwards into bedroom in Texas

Lin-Manuel Miranda Responds to Colorism Criticism of ‘In the Heights’