Matt Evers, 43, made Dancing On Ice history when he partnered with Steps singer Ian ‘H’ Watkins, 43, in the ITV skating show, to become the first single-sex pairing. The professional skater has now detailed the terrifying moment he was involved in a car crash last night.

But the ITV star admitted he was most stunned by the behaviour of the actions of other drivers involved in the smash.

Matt revealed his driver was left “p*****d off” as the other drivers fled the scene without exchanging details.

In view of his 114,000 Twitter followers, he wrote: “My Black Cab has just been in an accident. After the collision both parties have driven off. This surely is not standard practice. I’m ok but WTAF…. who do I contact? My driver is to say the least p****d off.”(sic)

The skating pro was flooded with suggestions from fans on the best course of action, with many suggesting he contact the police. 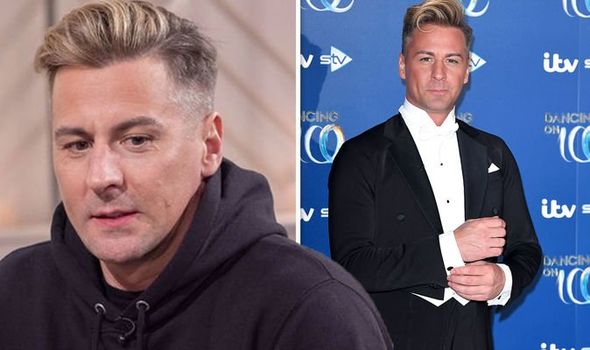 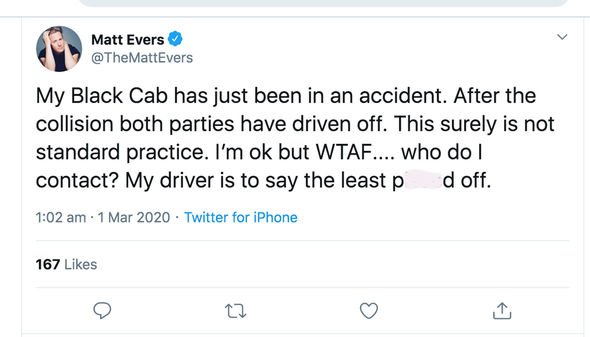 One person said: “I would contact the taxi company and let them know what happened I’m glad you are okay though.”

Another person suggested: “I would say contact the police but OMG I’m so glad you’re OK.”(sic)

“OMG what is wrong with people! Definitely would report it to the police. Hope you’re doing OK,” a third person remarked.

A Twitter user added: “Just so glad you’re safe Matt. Can’t offer anymore advice than what’s been given. Love to you.” 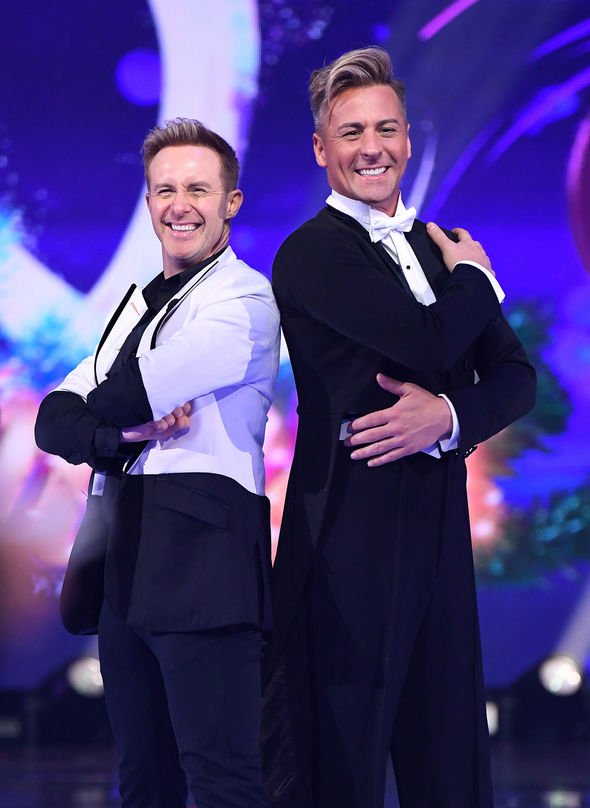 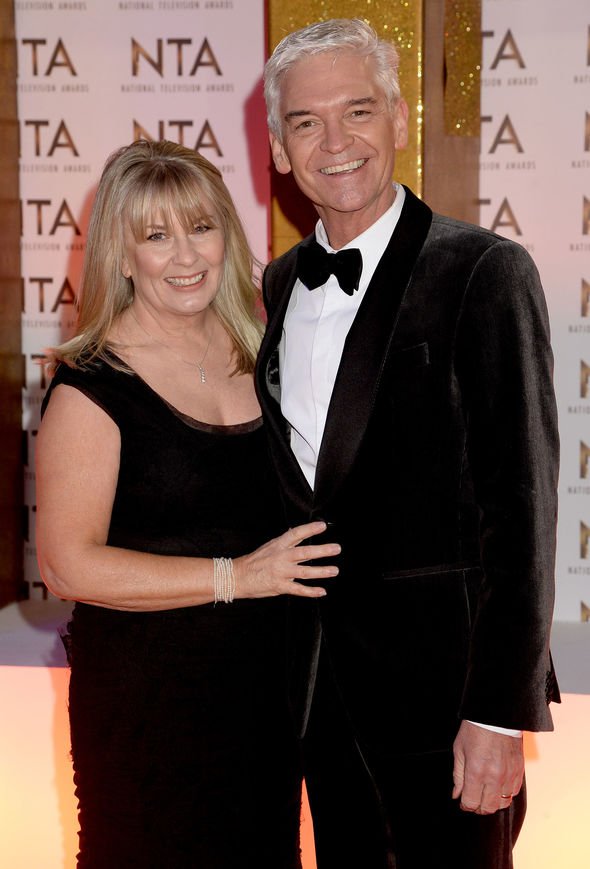 Fortunately, Matt confirmed that he was not hurt following the incident.

Elsewhere, Dancing on Ice will soon be coming to a close, with the semi-finals being judged live on Sunday evening.

Matt and his celebrity skate partner Ian were booted from the competition a few weeks ago, with the skater now taking part in the professional group numbers.

Meanwhile, the professional skater praised Dancing On Ice host Phillip Schofield, 57, for coming out as gay.

The This Morning host was praised for his bravery when he spoke candidly about his sexuality on the daytime show.

Matt applauded the veteran presenter for “normalising” coming out as a gay man.

Speaking to The Sun, the professional skater believes this will help people who are struggling coming to terms with their sexuality.

He told the publication: “It has to not be a thing to come out.

Like Phillip – who has been married to Stephanie Lowe since 1993 – Matt, 43, came out as gay in his twenties whilst he was married to a woman.

He added: “I didn’t realise I was gay until my mid-20s. Everyone goes through their own process.”

Dancing On Ice continues tonight on ITV at 6pm.

Coronavirus cure: How YOU can help find a cure using your computer

According to TikTok, This is The Best Way to Cook Instant Ramen