In a career that ran parallel to the rise of video games, Michael Jordan has had a fascinating relationship with the medium. The face of several franchises, Jordan hasn’t always been comfortable using his likeness in the digital form. From the first time that a digital blot of pixels let Jordan take on Larry Bird to now, however, we have learned a lot about both he and the relationship between sports and video games. 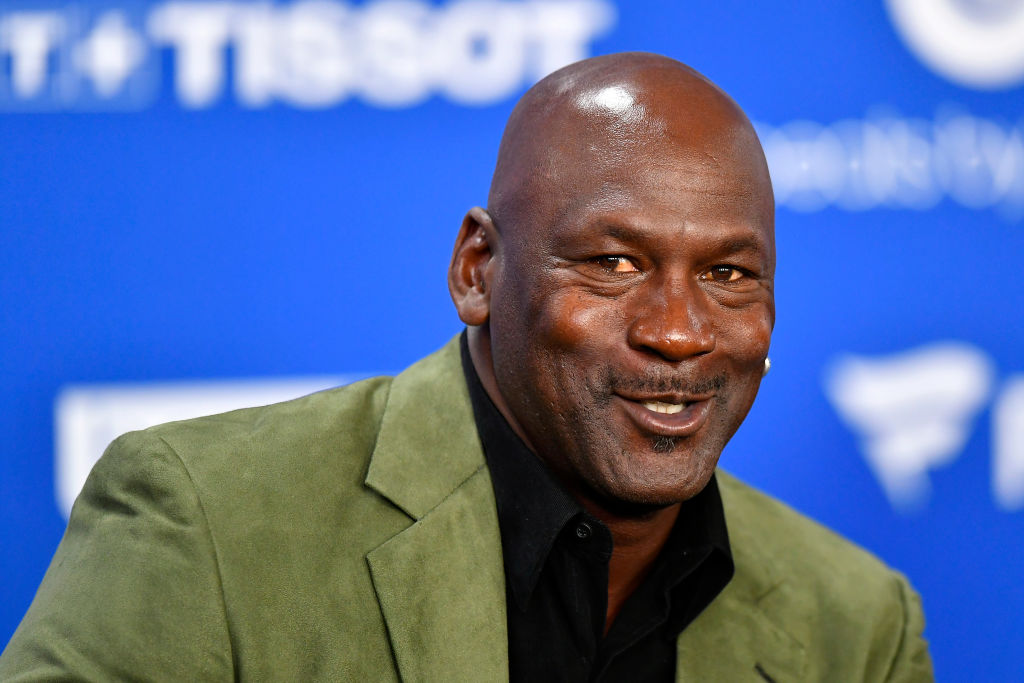 Jordan first appeared in a video game four years after entering the NBA, according to The Independent. At a time when sports games were still young, the games that did exist were a far cry from the photorealistic simulators people have today. They were smaller, simpler, and less married to the idea of realism. Jordan’s first game, Jordan vs. Bird: One on One, is the perfect example of this.

It saw a heavily-pixelated Jordan take on an equally-pixelated Bird as they took the court to play each other. There were no teams or other players. Instead, it was just a game of playground-style one-on-one with limited animations and things to do. By the following year, however, team-related games began to take form. The NBA Playoffs Series, which gave users the choice between two teams, was the first example of this. That series eventually became NBA Live, but when they expanded to more teams, Jordan wasn’t always available to play.

Jordan never opted into the Player’s Association. This was different for an NBA player, as it often allows video games and other products to license a player’s image in their product. As such, any game that featured the NBA had to separately acquire the rights to Jordan’s likeness, and his asking price was steep. NBA Showdown, a bridge between Playoffs and Live, spent the money, but more often than not Jordan only featured in his games.

Sometimes, this meant a basketball game without the NBA’s involvement. Michael Jordan in Flight allowed players to use Michael Jordan in a 3-on-3 matchup. It was a largely forgotten game that showed exactly how Jordan worked. This need for Jordan’s likeness also stemmed from some interesting ideas away from basketball.

Michael Jordan: Chaos in the Windy City, was a 1994 video game which saw Jordan not playing basketball, but a savior to his teammates. The game featured Jordan going around Chicago freeing his captured teammates and throwing basketballs at legions of villainous creatures. It is, to date, the lone non-basketball game to bear his name.

Dating back to 1994, Jordan hasn’t been completely excluded from basketball games, as reported by ESPN. He and Gary Payton received special inclusion into some versions of the NBA Jam arcade editions. In 1996, Jordan appeared in the video game adaptation of his hit film Space Jam. By the time that NBA Live came around, Jordan’s appearance in video games often came with a caveat.

NBA Live 96 tried to sneak Jordan in as a cheat code, but Electronic Arts got litigious and that changed. Games started including a player who looked a lot and played a lot like Jordan but didn’t bear his name. By 2000, however, when Jordan was still in his second retirement, he allowed them to use his likeness as a boss who players could use if they beat him. NBA Street and its legendary sequel, both made by Electronic Arts, tried a similar approach.

Jordan did appear in games during his comeback with the Wizards, but it became increasingly rare in the ensuing years

After Jordan’s final retirement, his presence in video games was largely withheld. Then, in NBA 2K11, 2K Sports got Jordan to sign a multi-year deal that allowed them to use his likeness to this day, according to Engadget. They kicked off the event by featuring Jordan in not one, but two straight covers for the game. He remains there to this day.

Jordan has a long and complicated history with video games both good and bad. By looking back at it, we see what goes into making these games and why we don’t always see our favorite players. Nowadays, most players and coaches allow their likenesses to be used. In rare cases, such as Bill Belichick, however, we can look to Jordan to see what goes into making a big name appear inside a game.

Olly Murs pays tribute to Caroline Flack five months after her death: ‘I wish I could call you’