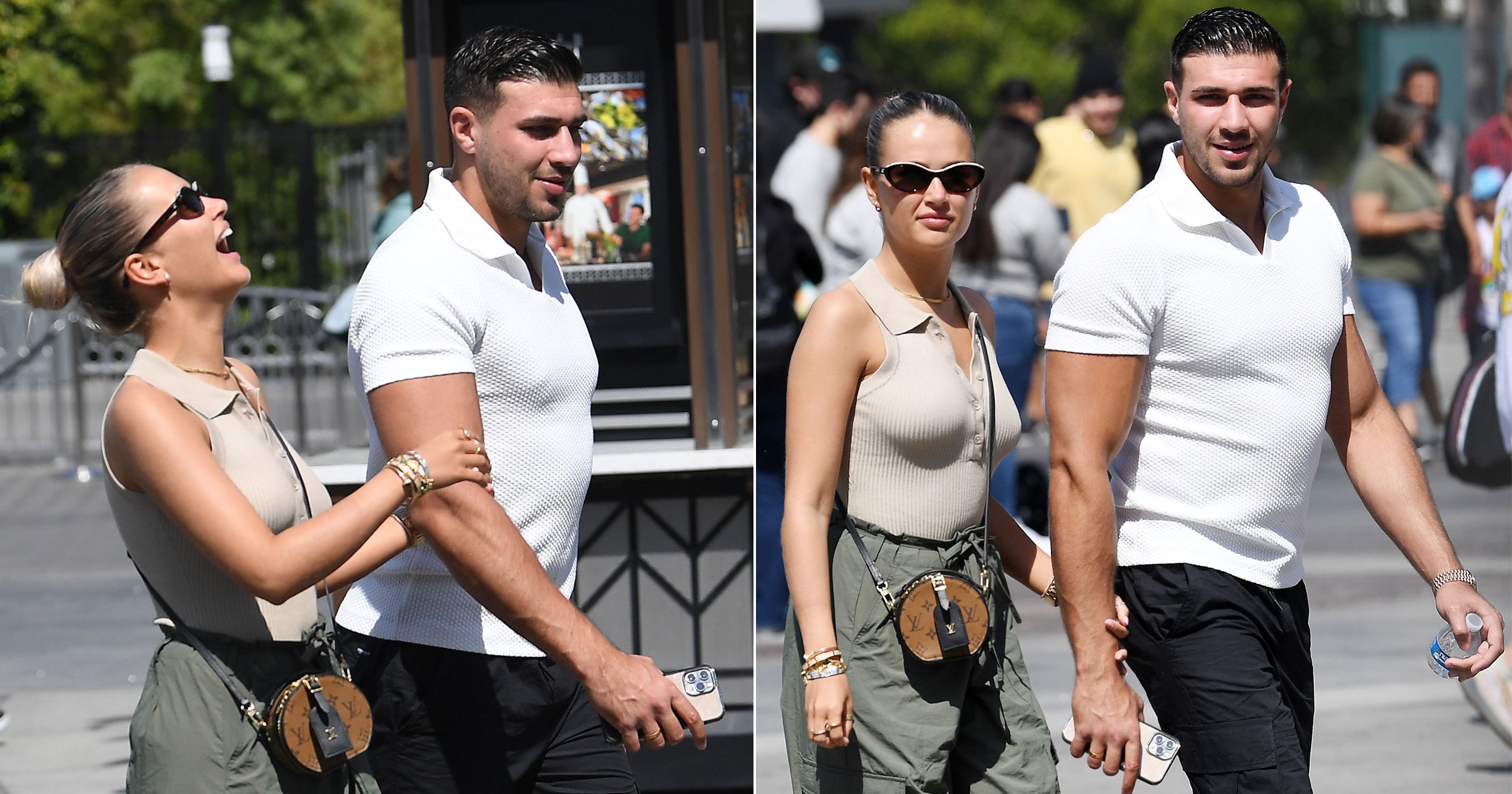 Molly-Mae Hague and Tommy Fury have been baking in the sunshine in California as they enjoy a romantic getaway.

The couple, who met on Love Island, have been inseparable since falling for each other on the popular reality show in 2019, and are currently in the US to celebrate their upcoming birthdays.

In recent months their relationship has gone from strength to strength, after they bought a mansion in the countryside together.

The pair even sparked rumours an engagement is on the cards when they flew to New York on New Year’s Eve, though a ring never appeared – much to fans’ disappointment.

Molly-Mae and Tommy, both 22, have been open about their desire to get married and start a family together in the future, but for now are enjoying their lives as a young, successful celebrity couple.

This week the influencer and her boxer boyfriend headed to Universal Studios in Hollywood, California.

The pair looked as loved-up as ever as they strolled around the amusement park together, Molly-Mae clinging to Tommy’s arm as she let out a barrage of laughter.

They both dressed for the California weather, with Molly-Mae looking chic in dark sunglasses and a vest top with a fashionable collar.

The PrettyLittleThing creative director paired the top with baggy khaki pants and comfortable white runners, adding a simple gold chain and bracelets, along with a small side bag.

She wore her long blonde locks in a tight bun to combat the heat, and looked to already be gleaning a tan from the blissful weather.

Tommy, meanwhile, wore his dark hair slicked back, with a simple white polo shirt showing off his muscles, matched with dark trousers and shoes.

After three years together, Molly-Mae and Tommy are clearly still head over heels together as they were pictured with beaming smiles on multiple occasions.

One photo sees Molly-Mae throwing her head back in laughter as Tommy grins a her, the influencer loosely holding on to his arm.

In another, they notice the cameras on them and as Tommy flashes a smile, Molly-Mae still touching his arm as she glances over.

Recently, Tommy revealed he’d like no less than a small army of children with Molly-Mae in the future, admitting he’d love to have four kids with her.

However, he added that ‘it’s Molly’s body and she’s the one who has to go through it – but I’ll be there with her every step of the way.’

He added: ‘I don’t think it’s in the far too distant future.’

Tommy and Molly-Mae came second to short-lived couple Amber Gill and Greg O’Shea on Love Island, but have become one of the programme’s longest-lasting couples.

Who is Stephen Mulhern dating? Inside ‘sad’ dating life

Lucifer ending explained: Will there be a happy ending? Star teases season 5 finale

Khloe Kardashian: I Dont Even Want to SPEAK to Tristan Right Now!!