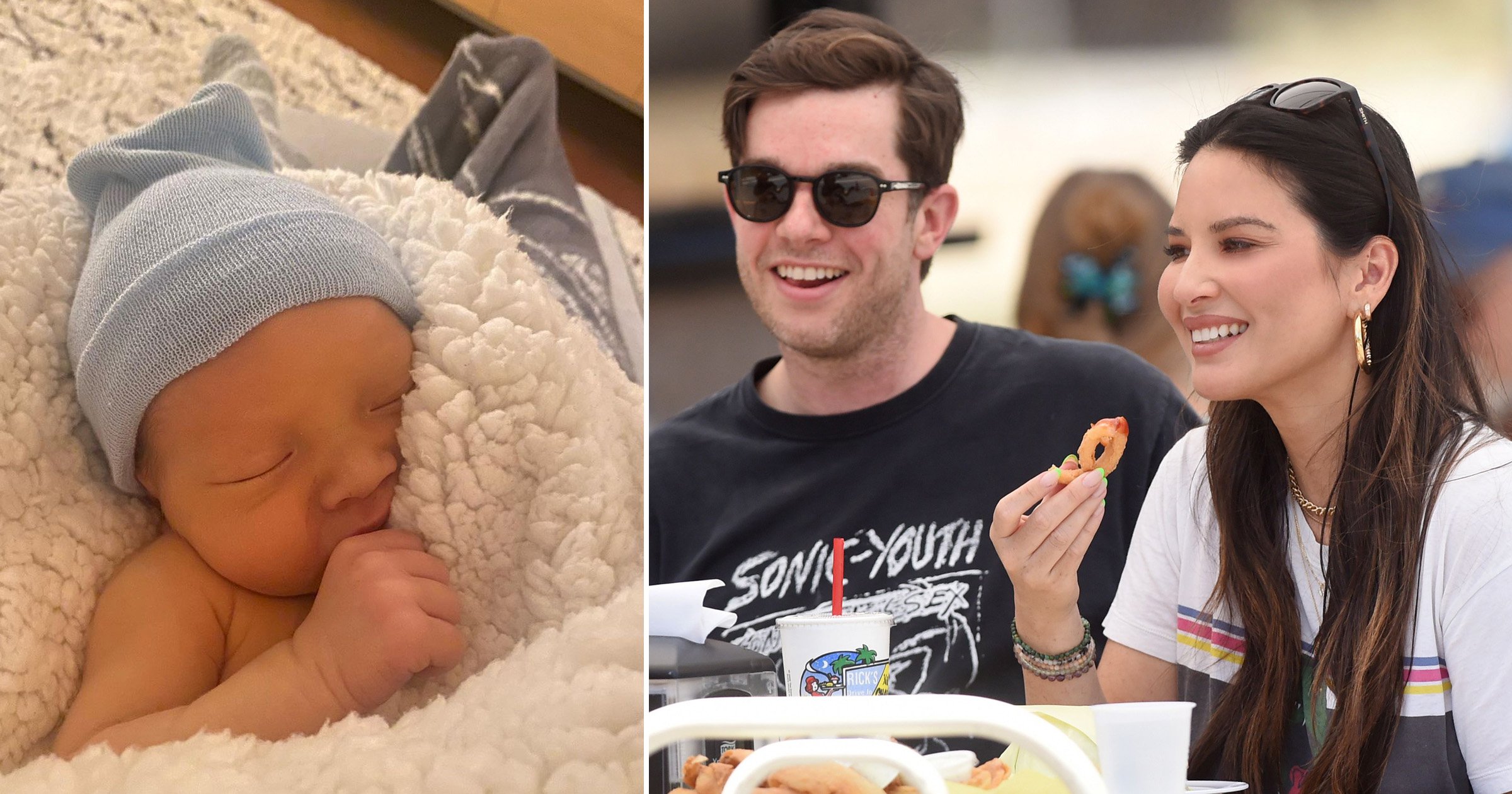 Olivia Munn and John Mulaney have started their Christmas celebrations early, sharing the first photo of their son.

The Office Christmas Party actress, 41, confirmed her pregnancy in September after intense speculation – and reportedly gave birth to a baby boy with the Saturday Night Live star, 39, on November 24.

After keeping a very low profile, the couple unveiled the first photo of the newborn and revealed his name.

Taking to Instagram, the new mum shared an adorable picture of the little one sleeping away in a fluffy blanket, donning a little blue hat.

‘My Golden Ox baby. Malcolm Hiệp Mulaney. Happy Holidays,’ she wrote alongside the upload, with red and green heart emoji.

John shared the same photo on his own page, with the caption: ‘Meet Malcolm Hiệp Mulaney. He has his whole life ahead of him. He hasn’t even tried seltzer yet.

‘I’m very in love with him and his whole deal. Happy Holidays.’

John and Olivia first met while attending Seth Meyers’ wedding in 2013, but didn’t get together until earlier this year, following the comedian’s split from wife Anna Marie Tendler.

Speaking about their romance for the first time in September, during an appearance on Late Night with Seth Meyers, he told the host: ‘I packed a lot into this… Is it September now?

‘I went to rehab in September, I got out in October, I moved out of my home from my ex-wife…

‘Then in the spring I went to Los Angeles and met and started to date a wonderful woman named Olivia.’

‘I got into this relationship that’s been really beautiful with someone incredible who has dealt with the non-coked up Bambi version of me, and that’s been very incredible, and she’s kind of held by hand through that hell,’ he continued. ‘And we’re having a baby together. I was nervous when I was about to say the news!’

‘I’m going to be a dad. We’re really, really happy.

‘Olivia and this baby have helped save me from myself in this early journey out of recovery.’

The duo’s baby news came as a surprise to some as John had only just revealed his split from his wife four months earlier, leading to scrutiny over their romance.

The Newsroom actress previously hit out at the rumours surrounding their courtship, and explained she had learned to ‘pull back’.

‘It’s definitely not foreign for me to have people speculate incorrectly about things and to have rumours run rampant in one way,’ she told the Los Angeles Times.

‘If I try to say anything, I run the risk of being called messy or not telling the truth. The only way to win, for me, is to pull back and to not play the game at all.’

She added: ‘It’s hard to be pregnant for the first time and have anybody say anything besides, like, “Congratulations”.’

Halle Berry Looks Red Carpet-Ready With Pillow as a Minidress