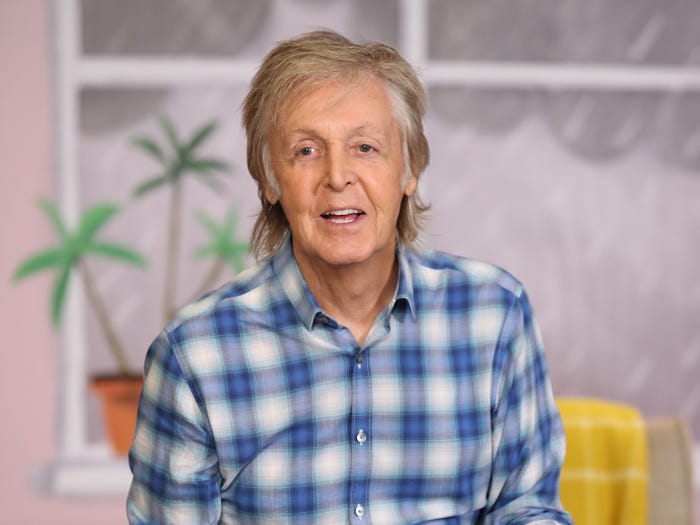 Paul McCartney said he still talks to former Beatles bandmate George Harrison through a tree the musician gave him.

While talking about his new record, "McCartney III," on NPR's All Things Considered earlier this month, McCartney explained that prior to Harrison's death in 2001, he gave McCartney a large fir tree.

McCartney planted the tree at his estate in East Sussex, England, and has watched it grow in the nearly 20 years since his friend's death. Harrison died at the age of 58 following a battle with lung cancer.

"George was very into horticulture, a really good gardener," McCartney told host Mary Louise Kelly. "So he gave me a tree as a present. It's a big fir tree, and it's by my gate. As I was leaving my house this morning [December 11], I get out of the car, close the gate and look up at the tree and say, 'Hi, George.' There he is, growing strongly."

McCartney added that he feels Harrison's spirit present in the tree.

"It's lovely. He gave it to me, so I just planted it," McCartney told NPR. "But then, as the years go by, every time I look at it I go, 'That's the tree George gave me.' George has sort of entered that tree for me. I hope he's happy with that."

K. Michelle Calls Her IVF Journey Amidst Coronavirus the ‘Most Stressful’ Thing

“The first trailer for ‘Bill and Ted Face the Music’ is here, hurray?” links

At Work With Greg Kurstin, the Quiet Producer Behind Two Decades of Hits