Some go to dinner and a movie for their second date. Paulina Porizkova and Aaron Sorkin? They went to the Oscars.

Model Porizkova, 56, has been outspoken about grieving her late ex-husband, Cars frontman Ric Ocasek, whom she had still been living with when he died at age 75 in 2019. She told The New York Times in an interview published Saturday that she was hesitant to accept Sorkin’s invite – was it too early to go red carpet official?

“This is going to kind of take me off the market for a little bit,” she recalled telling the director/screenwriter, reflecting to the NYT that at the Academy Awards red carpet, “you’re not there to have fun. You’re on display.”

But Sorkin, 59, told Porizkova he was game for her to be taken “off the market for a little bit,” and red carpet photos of the two cozying up ensued. 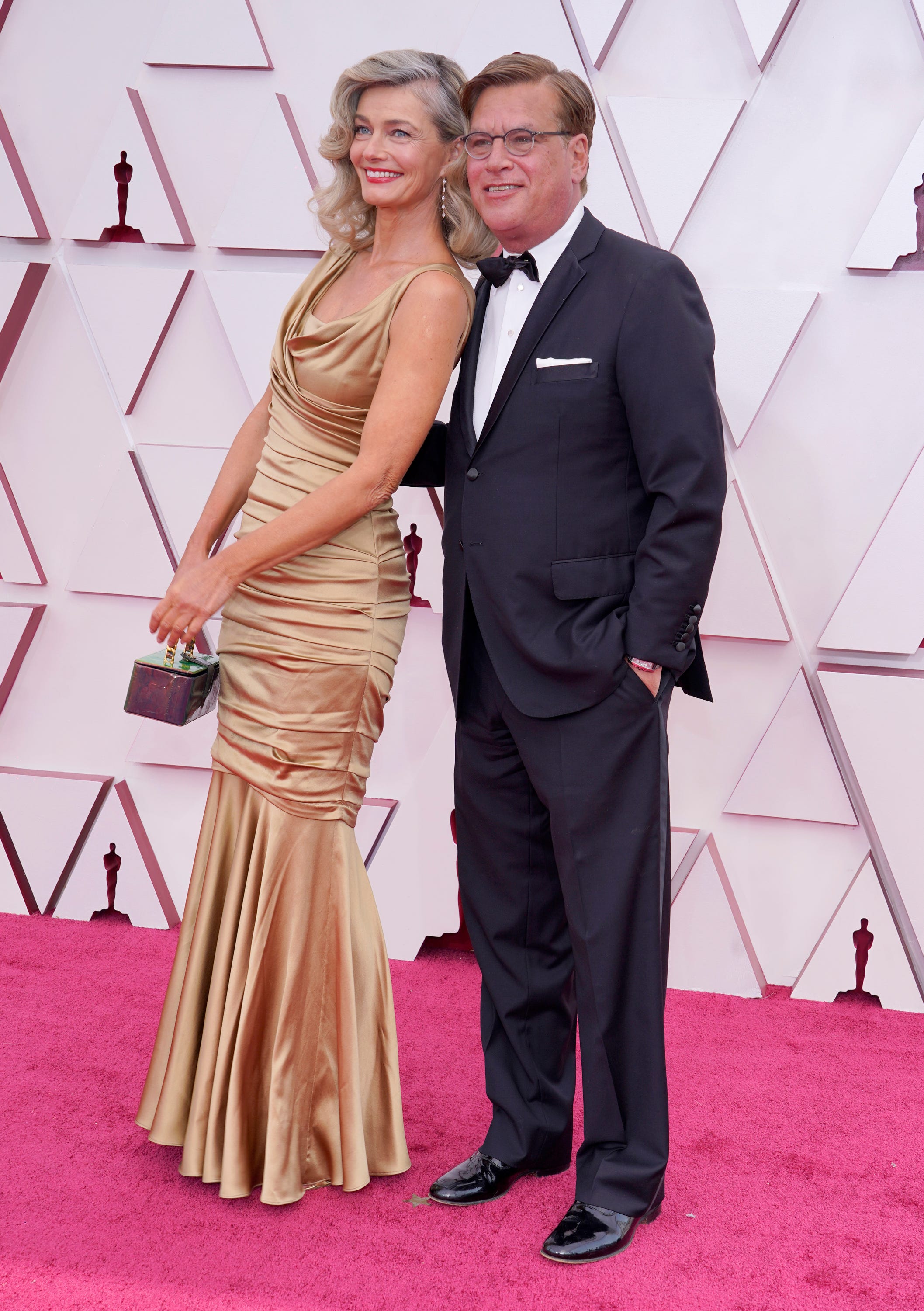 Paulina Porizkova and Aaron Sorkin had a heck of a second date. (Photo: Pool photo by Chris Pizzello)

Attendees were limited this year as a result of the pandemic: only nominees, their guests and presenters were invited, several rounds of COVID-19 tests were required, and producers treated the “event as an active movie set.”

Sorkin and ex-wife Julia Bingham were married from 1996 to 2005. They share one daughter, 20-year-old Roxy Sorkin.

Porizkova was married for almost 30 years to Ocasek, before the two separated in 2018, more than a year before Ocasek was found dead at home. They met when she starred in his band’s 1984 video “Drive” and had two sons together: Jonathan and Oliver, both in their 20s.

Porizkova said she started thinking about dating again once the rollout on COVID-19 vaccinations began. In March, after an interview with NewsNation journalist Ashleigh Banfield, the reporter asked off-camera if Porizkova wanted to be introduced to a single man. The model’s one rule: “No rock stars.”

A month after Banfield introduced Porizkova and Sorkin via text, she flew to Los Angeles for their first date. She went on to divulge to the NYT that Sorkin is “a great kisser.” (Sorkin told the outlet via email that he only comments on those he’s working with, but “if Paulina’s ever a cinematographer on something I write, I’ll give you a thousand words.”)

‘Never cried as much’: Paulina Porizkova is moving out of the home she shared with late ex-husband Ric Ocasek

Porizkova opened up in an op-ed for Yahoo! last month about being single for the first time since she was a teenager – she was just 19 when she and Ocasek began dating. She wrote she was still figuring out what she wants in a partner but knows she’s “attracted to talent” and wants someone who “likes me for who I am.”

“I don’t think I would rule out getting married again because in spite of it all, I’m a totally hopeless romantic and I believe in love,” Porizkova added. “And I believe in finding that one person out there that is right for me and that I’m right for and spending the rest of my life with them.”

What did Heidi Cruz say in group texts about going to Cancun?