Chad Johnson is the outspoken TV personality that has found himself at the center of controversy throughout his stints on The Bachelorette, Bachelor in Paradise, Famously Single and Celebrity Big Brother and Ex on the Beach. Over the weekend, Johnson made headlines again after posting a disturbing image to his Instagram stories feature, leading police to do a welfare check to ease loved ones’ concerns. Here’s what we know.

Chad Johnson’s arrest may have triggered something bigger 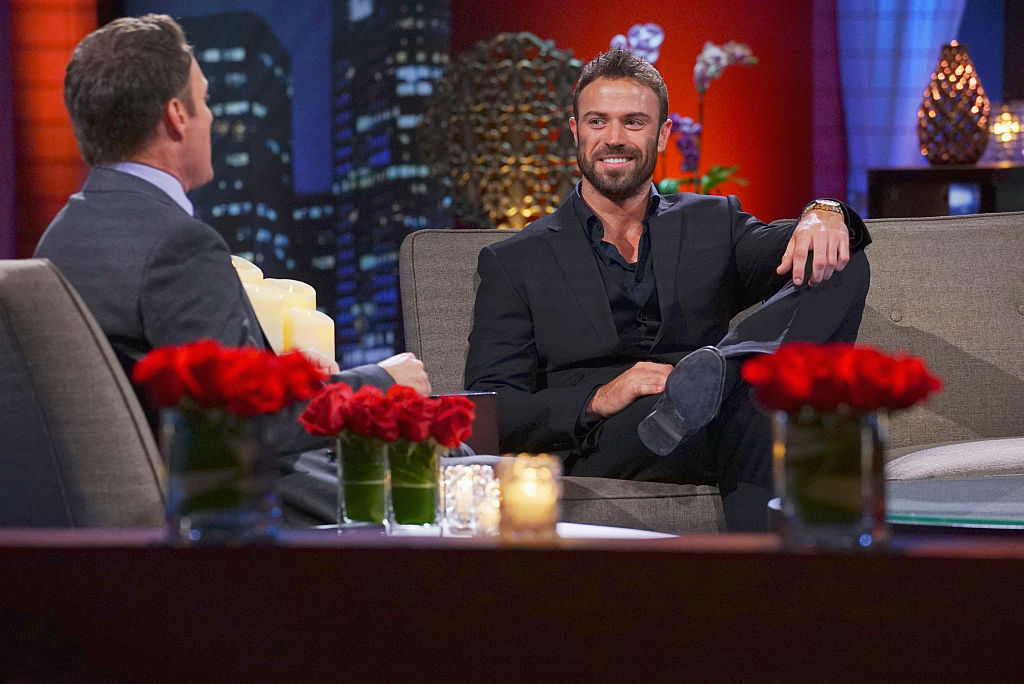 According to TMZ, Chad Johnson, was cut from “Battle of the Bachelors” boxing match after Johnson’s arrest. He’s facing felony domestic violence and robbery charges.

The arrest stems from an argument between Johnson and his girlfriend, Annalise Mishler. She claimed the argument became physical, adding Johnson stole her phone during the altercation.

Police found “visible red marks” on Mishler’s face and booked Johnson. Mishler posted videos of a confrontation after he allegedly punched a hole in the wall.

Reality Steve captured the videos that have since been deleted from Mishler’s stories. According to Los Angeles County Sheriff’s Department records via Page Six, Johnson was taken to the Valley Jail in Van Nuys, California. Bail was set at $100,000.

What sparked a police welfare check on Johnson?

Today I’m 35 days sober. Now maybe my story isn’t typical but I’m not sure. It’s not like I drank everyday or had an issue every single time that I drank. But every problem I’ve ever had in my life was caused by drinking. I would go a couple weeks without drinking and then slowly get confident in my ability to drink until I slowly started drinking more and more each time. Within a few times of drinking I’d end up having a 2-3 day bender that I convinced myself was okay, until I hated myself at the end of it. And when you don’t necessarily have to be anywhere or do anything because everything is on your own time, it was always easy to convince myself that continuing the party for a couple more days would be alright. I’d end up feeling horrible for a week, reset after that, get back in shape for a week or two, and do it all over again. Not only was the issue with myself, but also other people and let me explain…. I’ve had people threaten to send videos to TMZ of me drunk, I’ve had people make up stuff that they say happened when I was drunk that I know didn’t happen, I’ve had people act and treat me in ways that they would never have done it I were sober. So not only does me not drinking anymore remove all of the problems in my life that I created for myself, but also this is a big fuck you to everyone that wanted to screw me over when I drank. Not only am I in the best shape of my life now but I look younger than I did 3 years ago. I’m healthy, happy, and to everyone that tried to pull one over on me back when I drank, FUCK YOU, I’m always in control now.

E! News confirmed that police conducted a welfare check on Johnson at the request of an unnamed friend who contacted police after seeing Johnson’s post to his Instagram stories feature. The image of a rope tied to a door with the caption, “it’ll be okay,” has been deleted.

The photo in question was enough to spark fears of possible suicide. The Los Angeles Police Department revealed to TMZ they received a call to check on Johnson at 11 a.m. PST on Friday, Feb. 28.

After the welfare check, authorities determined “he was not a threat to himself or others.”

Here’s what Johnson says about the situation

There hasn’t been an official comment in regards to the welfare check as of yet. Johnson posted an apology video to explain the events of his arrest. The reality TV star said his actions came as a result of a relapse in his sobriety.

“I made a promise to myself and my girlfriend that I wouldn’t [drink] anymore, and as most of you know, that has been an issue in my life. Whenever I do drink, I don’t act right,” he said.

He took responsibility in part but denies physical violence. Johnson feels “100 percent confident” those charges will be dropped.

“I have never laid hands on a woman any time in my entire life,” he said, adding that he “was in the Marine Corps and was taught core values.” That aside, he has “a sister,” and considers himself a “very overprotective brother.”

He continued: If she ever felt in danger, I would want her to call. If any women out there ever feel like they are in any danger, I urge you to call 911.”

He returns to court next month.

Jacob Elordi Is Looking Hot in These New Post-Gym Photos!

This Day in History: June 3