Nicole Kang will soon be turning into Poison Ivy and we have the first look!

The actress, who portrays Mary Hamilton on The CW’s Batwoman, will make quite the transformation on next week’s episode.

“I was really emotional. I burst into tears,” Nicole told EW about the first time she put on the full Poison Ivy costume. “It has given me purpose and drive, and ultimately, I’m really proud of how Poison Ivy came out. What I’m most proud of is that it is rooted in history, both comic and fashion history. And it is culturally conscious. And then I am what’s inside of it, what’s filling it. And as a Korean girl, that when it all came together.”

“Everybody, I think, has been wanting Mary to [become a superhero because there’s] the expectation that everybody suits up and for us to subvert that expectation — We have a Black Batwoman, we have Batwing, and an Asian Poison Ivy — it’s so cool,” she added. 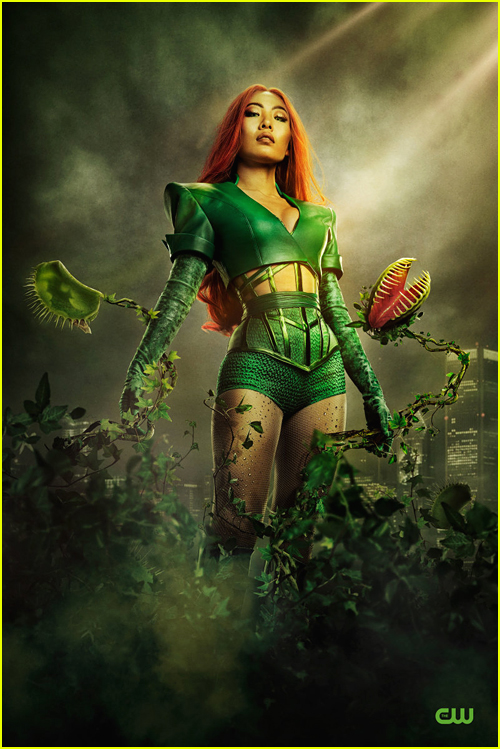 “It’s really exciting for me to create a fully fledged Asian villain. I think sometimes Asian villains are not explained, right? Their humanity is sometimes lost when in telling a story about a hero. And I think it’s super brilliant. I give [showrunner] Caroline Dries all the props of creating a hero, and then turning her into a villain. I am very thrilled.”

In Wednesday’s (November 24) midseason finale, “Pick Your Poison,” as Ryan’s (Javicia Leslie) family dynamic grows more complicated, she also finds herself in the middle of a Bat Team stand-off between Luke (Camrus Johnson) and Mary (Kang). Meanwhile, Alice (Rachel Skarsten) finds a new sidekick to do her bidding.

ICYMI: Find out who else is playing Poison Ivy on Batwoman this season!

How 6 Black Women Are Taking Care of Themselves Right Now