The Golden Girls is one of the most beloved sitcoms of all time, thanks in part to its all-star cast of characters. Betty White, Rue McClanahan, Bea Arthur, and Estelle Getty each brought something different to the table. And despite it being a TV show known for its comedy, The Golden Girls was not one to shy away from hot-button issues. 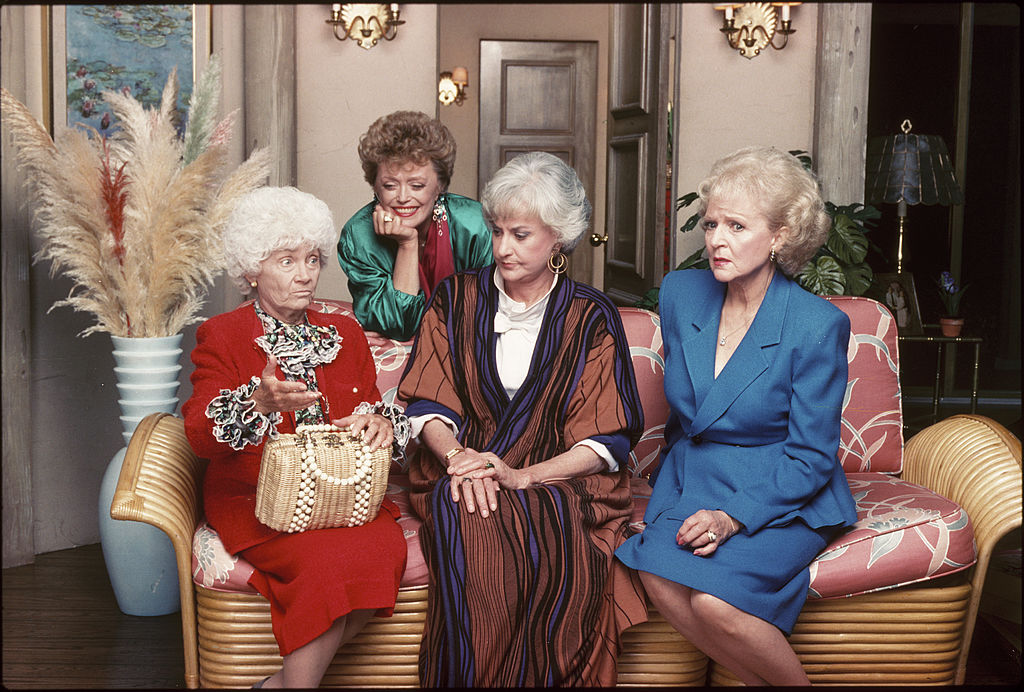 The Golden Girls is more known for the wisecracks from characters such as Arthur’s Dorothy and Getty’s Sophia than it is for its social commentary. But there were many times throughout its run — as well as in its various spin-offs — where the show made a statement about a certain issue.

In one episode, a young Mario Lopez guest starred as a star student of Dorothy’s who they find out is an undocumented immigrant and gets deported. In an episode of the spin-off The Golden Palace, Blanche Devereaux learns about the painful truth of the Confederate flag and resolves to never honor the flag or its history ever again.

Estelle Getty was very different from her character Sophia

Even though Sophia is famously blunt, the actor behind the character was much more considerate when choosing her words. There were many topics that Getty felt shouldn’t be turned into jokes on the show, and she was known for not allowing her character Sophia to go from being lovably sour to straight-up mean.

She went on to explain why she didn’t think it was funny to make fun of things that were common punchlines at the time. “Why would I make fun of somebody who’s fat, or who’s cross-eyed, or who’s bald?” she said frankly.

Getty was also an outspoken advocate for the LGBTQ community at a time when few celebrities were. As a result, she added that she “won’t do gay-bashing jokes,” especially given the context of the AIDS pandemic throughout the show’s run.

“I’ve been in show business all my life, and the majority of my friends are gay. I don’t deny that,” she told the Ludington Daily News that same year. She added that “a lot of [her] friends have died of AIDS.”

Getty attended various AIDS memorials and events throughout the ’80s as Golden Girls was on the air. She was even honored at the AIDS Project Los Angeles‘s 1987 White Party, and was excited to be there. “I’m here because I’m here for any good cause, and AIDS is my most important cause right now,” Getty said smiling.

Simon Cowell speaks out on terrifying accident for first time: ‘I nearly smashed my spine to pieces’