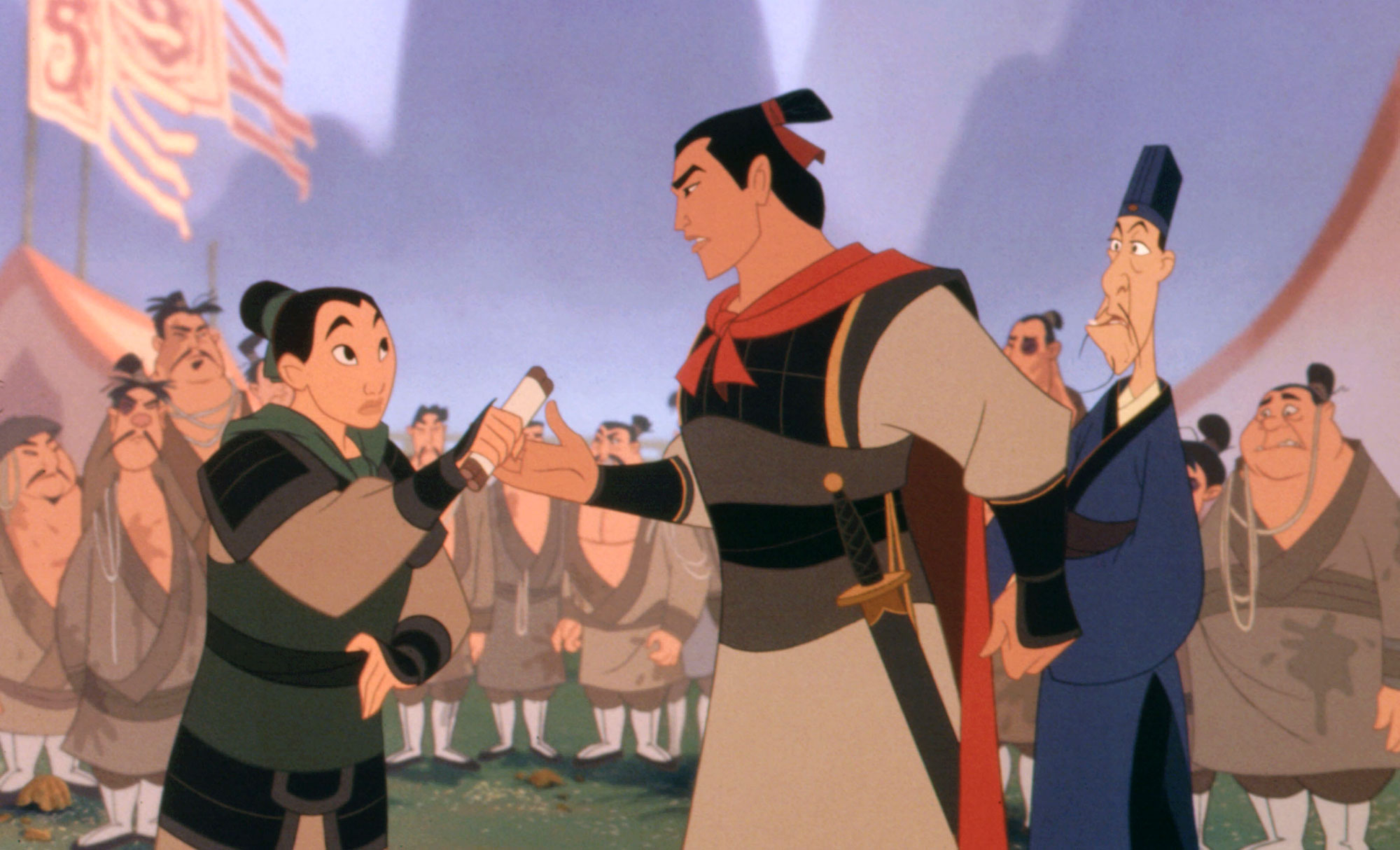 Switching things up! When the Mulan live action film hits theaters in March, one major character from the original will be missing … Captain Li Shang.

In the 1998 animated film, Li Shang was Mulan’s commanding officer when she joined the army, helping her through a lot. In the end, he became her love interest and a fan favorite. So, why will he be MIA in the update?

The reason is based on the male-female dynamic between the lead character and her fellow warriors, but according to producer Jason Reed, Li Shang’s character is just being reworked.

“We split Li Shang into two characters,” Reed told Collider on Thursday, February 27. “One became Commander Tung, who serves as her surrogate father and mentor in the course of the movie. The other is Honghui who is [Mulan’s] equal in the squad.”

One of the biggest reasons the team chose to eliminate the ‘90s heartthrob character was because of his relationship with Mulan and his rank.

“I think particularly in the time of the #MeToo movement, having a commanding officer that is also the sexual love interest was very uncomfortable,” the producer explained. “We didn’t think it was appropriate.”

For the new relationship between Mulan and her fellow solider Honghui, the producers still turned to the original animated feature for guidance on how to make their dynamic work.

“They start off on the wrong foot, really. As they progress through the training together, they kind of have this unspoken bond about it because they recognize each other’s warrior spirit,” Yoson An, who plays Honghui, told the outlet about his character in the new movie. “That’s how they kind of build their friendship up to begin with, through the training and acknowledging each other.” 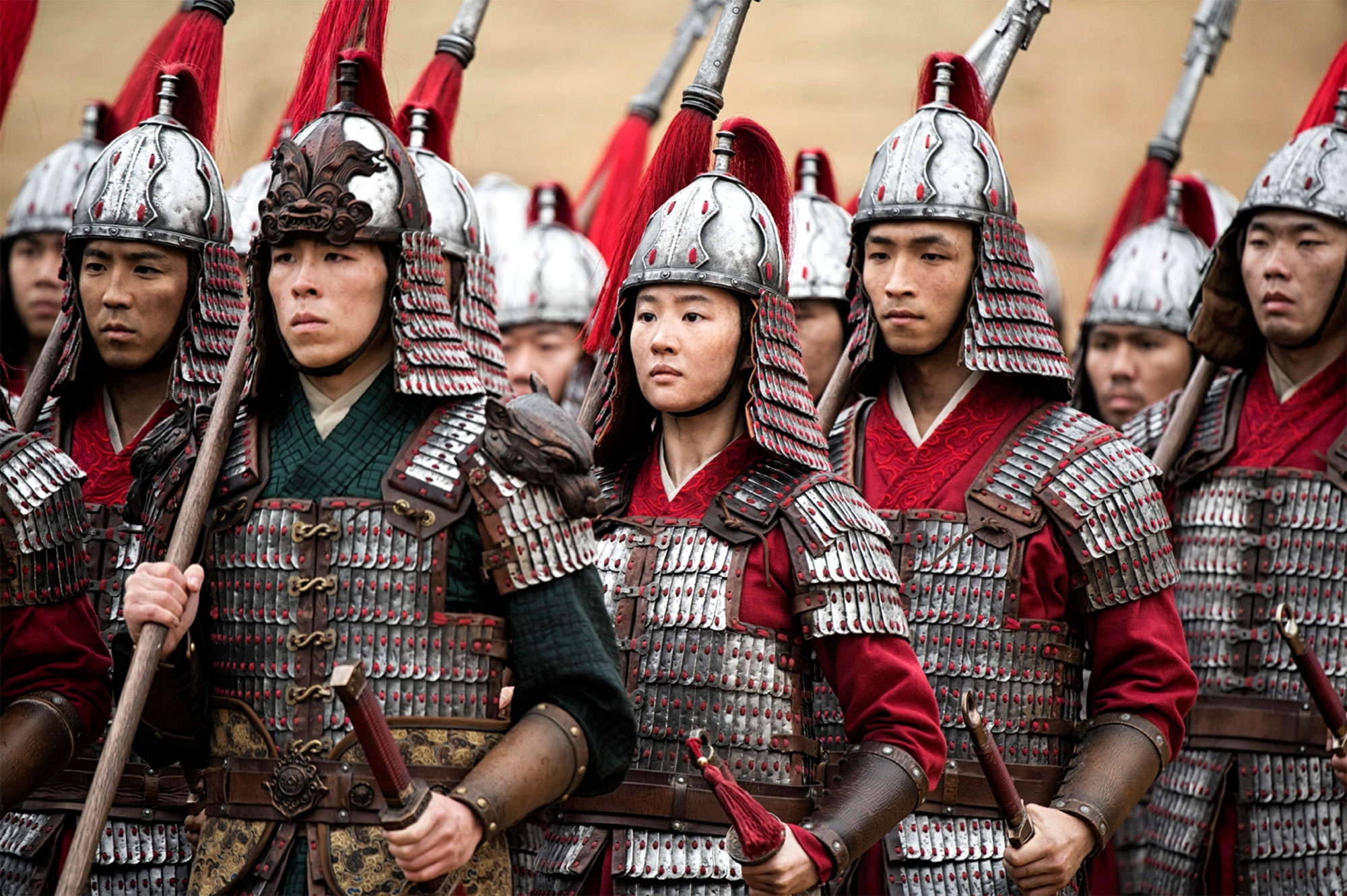 The live action version of the tale works to incorporate aspects of the animated Disney flick and the traditional Chinese folklore of the female warrior, which is what An, 27, tried to blend into his character.

“I see this film as a different variation from the animated version and the original story of The Ballad of Mulan. I kind of took a different angle from Li Shang’s character,” he explained to Collider. “I can’t really say a lot of how that will come across but there is a multi-dimensional layer to him and the audience will be able to see that when they watch the movie.”

One thing fans can expect to stay the same this time around is Christina Aguilera‘s “Reflection.” The artist, 39, confirmed her new rendition of the hit song from the original during her Las Vegas residency Xperience performance on Wednesday, February 26.

“The live action Mulan is coming out by the way,” she announced to the crowd before singing the 1998 version. “You have to go see it. I recorded a new ‘Reflection’ and new material for the movie. I’ve been working on that, but this is the original.”

Mulan is set for a March 27 release.

Being ill after coronavirus jab ‘is good’ and a sign it’s working, say experts

Who is Danielle Bregoli? Cash Me Ousside girl and Instagram star – The Sun