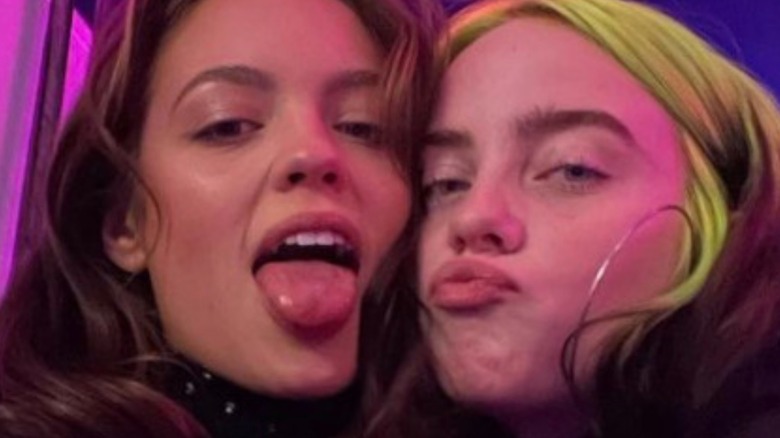 Musical sensation Billie Eilish is well-known for her strong relationship with her family. The megastar has worked very closely with her older brother Finneas O’Connell, professionally known as FINNEAS, on every single song she’s released, as he has been her exclusive producer since the age of 15 (via Insider).

Aside from creating Grammy award-winning music together in their childhood home, the famous siblings also enjoy spending time together in other settings and are often spotted hanging out together.

While the twosome knows how to have fun on their own, they’re frequently accompanied by O’Connell’s girlfriend Claudia Sulewski, an actress (via IMDb) and YouTuber with an impressive following of her own.

Sulewski has over 2.4 million YouTube subscribers and 2 million Instagram followers. She even won the Revolve Award in 2019 for YouTube Channel of the Year (via Instagram). If you take look at Sulewski or O’Connell’s Instagram feed you’ll quickly see just how deep the bond is between the couple. However, you’ll also discover that Sulewski has developed a special bond with Eilish as well.

Claudia and Billie have a lot fun together 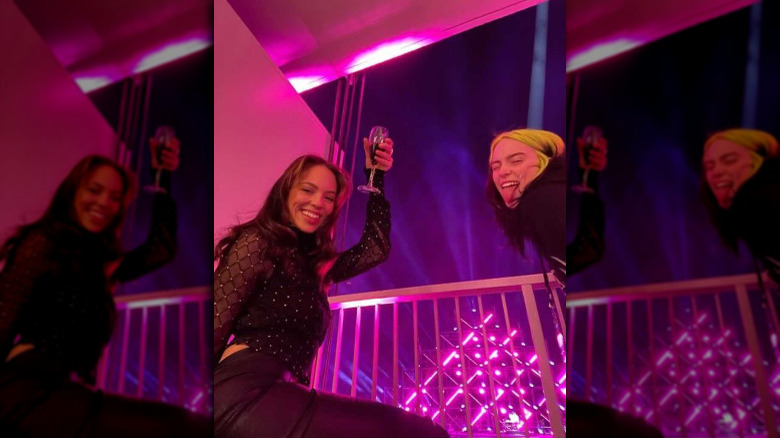 In May 2019, Finneas O’Connell shared a photo with his family and girlfriend Claudia Sulewski on Instagram. This post marked the first time Sulewski and Billie Eilish have been seen together on social media (via Elite Daily).

In September 2019, O’Connell shared a picture on Instagram of himself laying on a trampoline with his girlfriend and sister, with the caption, “These are a few of my favorite things. Soon after, Sulewski and Eilish started posting pictures with just each other.

Sulewski attended the 2020 Grammy Awards show with O’Connell and later shared a Getty image to Instagram hugging Eilish. In the caption, she wrote “Ignore the watermarks, your eyes should only be looking at this history-making queen,” in honor of the Los Angeles native becoming the youngest person to ever win Album of the Year (via Vogue).

It’s clear that these women have a lot of love for each other and have fun together. On New Year’s Eve 2020, they attended a Justin Bieber concert together and shared photos to Instagram of the poster they made and if you’re a fan of Eilish, you know just how much she loves The Biebs.

This Is How Kris Jenner and Corey Gamble Met