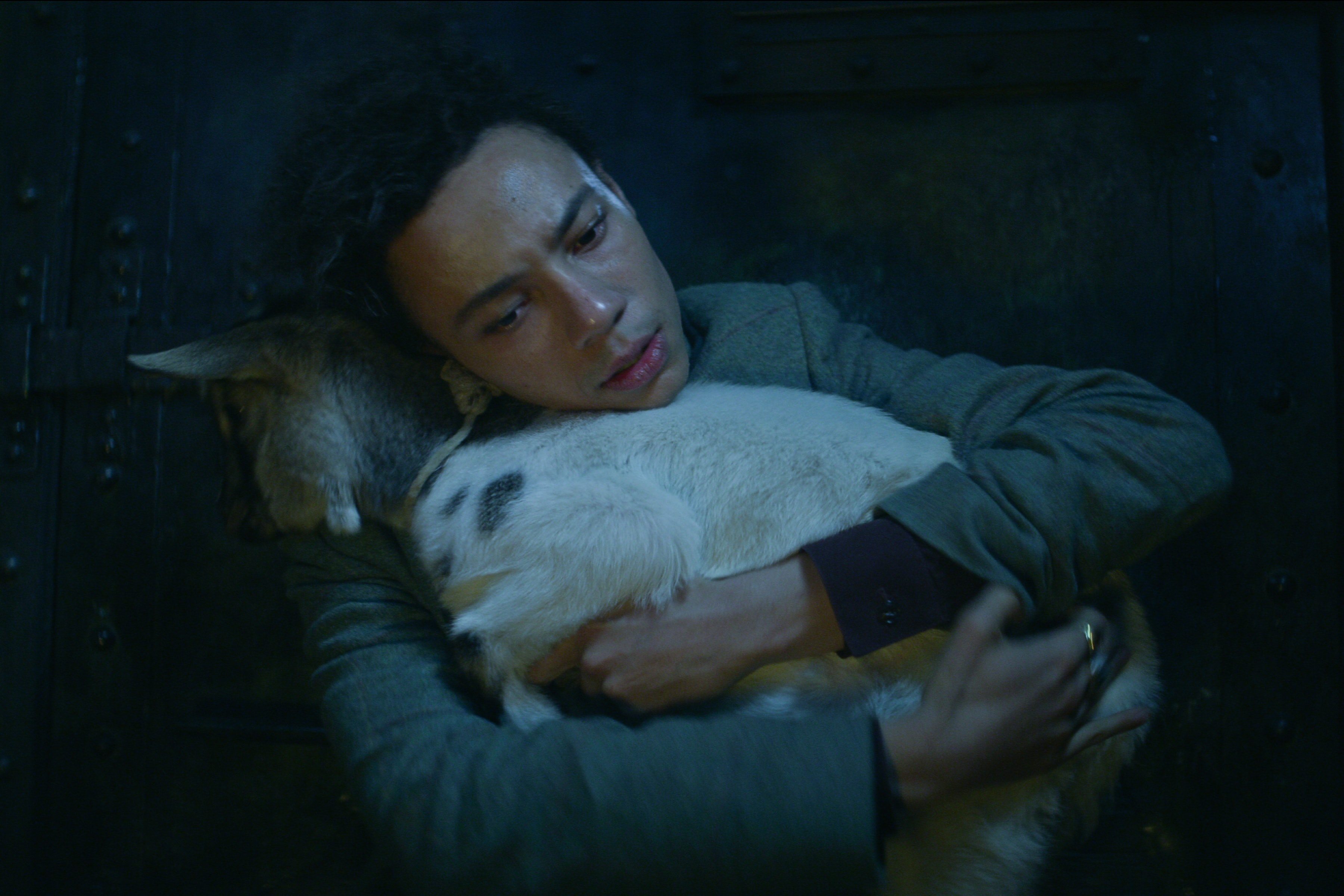 Shadow and Bone‘s cleverest conceit in adapting the story of Alina was to take a wide-angle view of the world. Netflix’s new show added characters from later stories and novels, including the Six of Crows gang. But some additions proved more popular than others. Some fans were wild about Mal’s story arc playing out on screen. Others enjoyed Nina’s adventures in the snow. But nothing topped a little white goat added to the Crows gang. These tweets about Milo in Shadow and Bone are proof everyone needs animal friends in tough times.

Warning: Spoilers for Shadow and Bone Season 1 follow. The addition of the Crows gang as Alina’s would-be kidnappers meant adding in a new Mission: Impossible for Kaz and company. They would have to cross the Fold. The show’s addition of the Conductor as the man who does secret crossings via a special train was a tiny bit of genius. It gave all three gang members an assignment of items to collect, 20 pounds of alabaster coal, a peck of Mejdaloun jurda, and a goat.

Inej and Kaz held up their ends of the bargain with the jurda and the goat, while Jesper managed to get most of the coal. The jurda was to keep them calm; the coal was to run the train. The goat was there as an emotional support goat to stop panicking passengers like Jesper. In short: "Hug the goat; shut the hell up."

Jesper bonded deeply with his little four-hoofed friend, naming the creature Milo. Unfortunately, despite his newfound attachment, bringing the goat to the Little Palace on the next stage of the journey was not an option.

So Jesper made his pal a little necklace to remember them by, with one of his lucky bullets as a pendant, before rehoming his buddy.

No one could blame fans for assuming that was the end of Milo’s story, but the goat’s mission didn’t end there. Ravka is a small country, and traveling groups get around. That’s especially true of the official port on either side of the Fold, where Alina and Mal found themselves in the show’s final episode. Alina would be forced to cross and bend to General Kirigan’s will if Mal couldn’t escape and save her.

But just as Mal thought things were hopeless, in wanders a small goat… who just so happens to have a bullet around his neck Mal can use to break his chains.

Call it Chekov’s goat: "If in the first act you have hugged a Goat on the train, then in the following one it’s bullet should be fired. Otherwise don’t put it there."

Fans can only hope Milo hoofs his way in Shadow and Bone Season 2. All eight episodes of Season 1 are currently streaming on Netflix.

Shirley Ballas boyfriend: Who is Danny Taylor? Inside relationship with Strictly star