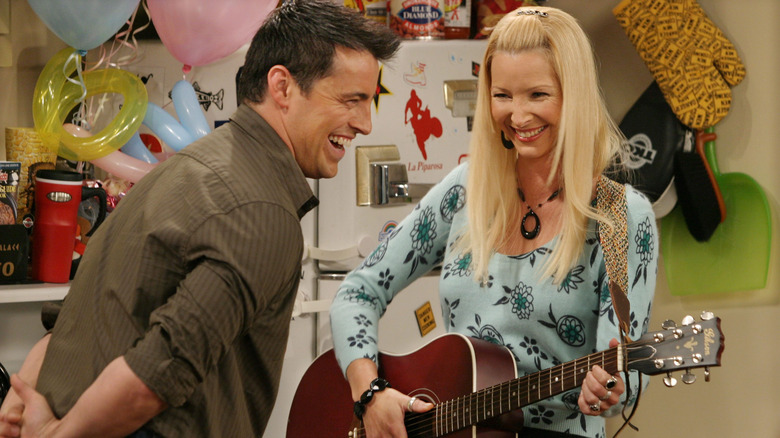 “Friends” fans loved seeing couples like Rachel (Jennifer Aniston) and Ross (David Schwimmer) and Chandler (Matthew Perry) and Monica (Courteney Cox) end up together. However, it was a very different story for Phoebe (Lisa Kudrow) and Joey (Matt LeBlanc). The duo always seemed well suited for each other, as Phoebe’s strong personality never ceased to keep Joey in check. In addition, they were both adventurous and liked to think outside of the box. According to Screen Rant, the pair never failed to have each other’s backs, which was evident when Phoebe offered to teach Joey French and how to play the guitar, or when Joey offered to give up eating meat during Phoebe’s pregnancy.

No matter what they were doing, the pair always had fun when they were together. They appeared to share a special bond and relationship that the other members of their friend group weren’t exactly privy to. The pair even had a marriage pact, which is why some fans believed they would have made the perfect on-screen couple. However, it just wasn’t in the cards for the characters, even though Kudrow and LeBlanc reportedly wanted their characters to have a romantic storyline. While viewers never got to see it happen, there is a theory about Phoebe and Joey that may change the way you rewatch old episodes of “Friends.”

Were Phoebe and Joey hooking up the entire time? 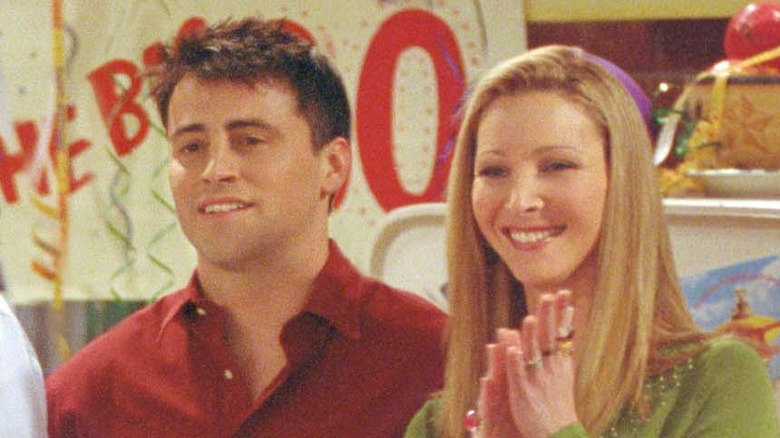 During a 2016 interview with Entertainment Weekly, Matt LeBlanc revealed that he and Lisa Kudrow wanted to see Phoebe and Joey together so much that they went to the writers to pitch an idea about the characters being friends with benefits. The actor admitted that he and Kudrow wanted to do a storyline that shook up everything that fans knew about the series, and have it be revealed that Phoebe and Joey were hooking up throughout the entirety of the show.

“Towards the end we actually pitched the idea that Joey and Phoebe had been having casual sex the entire time,” LeBlanc said. “We’d go back and shoot all the historical scenes and just before a moment that everyone recognizes, there’s Joey and Phoebe coming out of a broom closet together.” However, the writers shot down the idea, leading to the fan theory that perhaps the characters did actually have an affair without anyone knowing.

Writer David Crane touched on the subject of Phoebe and Joey’s relationship during a 2019 interview with Metro. Crane admitted that it was too predictable and safe for the characters to end up together. “It all would have been too tidy and too complete. When your goal is to keep the six characters’ stories together, it would be really easy to go down that road but I think we all felt it would be a mistake,” he said. In the end, Phoebe ended up with Mike (Paul Rudd), and the pair were discussing expanding their family by the end of the series. However, the character of Joey was still single at the time of the series finale.

These 7 Facts About Lovecraft Country's Jonathan Majors Are Majorly Interesting