Wedding bells! Nikki Bella has been getting back into planning her special day with Artem Chigvintsev after the pandemic put a pause on their original plans.

Dancing With the Stars’ Hottest Hookups

“Artem and I were sitting on the couch last night and we started talking about this. We’re like, ‘Should we just start to wedding plan now?’ The world is opening up,” Bella, 37, exclusively told Us Weekly while promoting her Colugo collection with sister Brie Bella. “We’re a part of BottleRock [Festival] and just hearing from them — ‘No matter what, the show’s going on no matter where the world’s at, [we’ll do it]’ So it makes us feel very confident to have a wedding.

Nikki revealed that watching her home renovation plans come to fruition inspired the pair to finally start figuring out what they would like their wedding to look like. 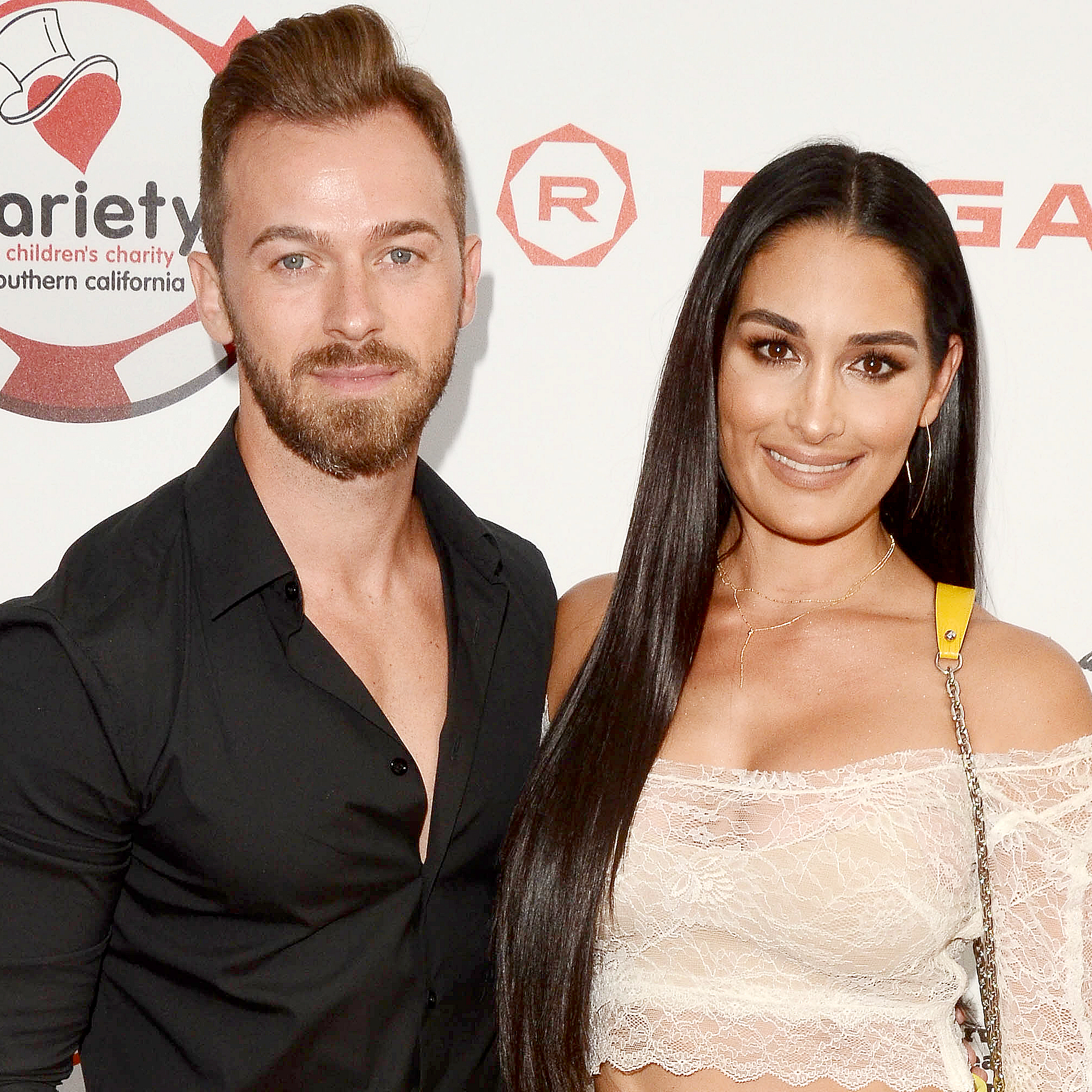 “We’re building our home right now … It started, so we’re, like, ‘It’s nice when that process starts because now that planning has come to an end,’ and everything you’ve created now will be starting to come to life,” Nikki shared. “So we’re actually starting to think about wedding planning and it makes it even more fun because I also want a really big bash for all my friends and family because we haven’t been around each other for a long time.”

Nikki and Chigvintsev, 38, met on season 25 of Dancing With the Stars and started dating in January 2019. The couple got engaged one year later and welcomed their son Matteo in July 2020.

The reality star explained that since the pandemic made it impossible to plan anything, that will now make her wedding even more meaningful.

“It’s going to make — when we do have our wedding — extra special for everyone just because it’s been a long time I’ve seen a lot of people. Hopefully, we’ll still get married in the fall,” she told Us. “Now my worry, I told him, any place we like, it’s probably going to be booked up, so that’s what’s made us want to get on it now.”

The California native confirmed that a wedding in the fall would be “heavenly,” but that they would need to take Chigvintsev’s schedule on DWTS into account.

“What we would love to do is the Saturday of Thanksgiving weekend because the finals are always the Monday and Tuesday before Thanksgiving and then we thought, ‘Oh Thanksgiving is such a beautiful family time and it’s so gorgeous in Napa Valley,’” the Total Bellas star revealed about their nuptial plans so far. “That’s where we would want to get married, is in wine country and so for us, it’s all so perfect.” 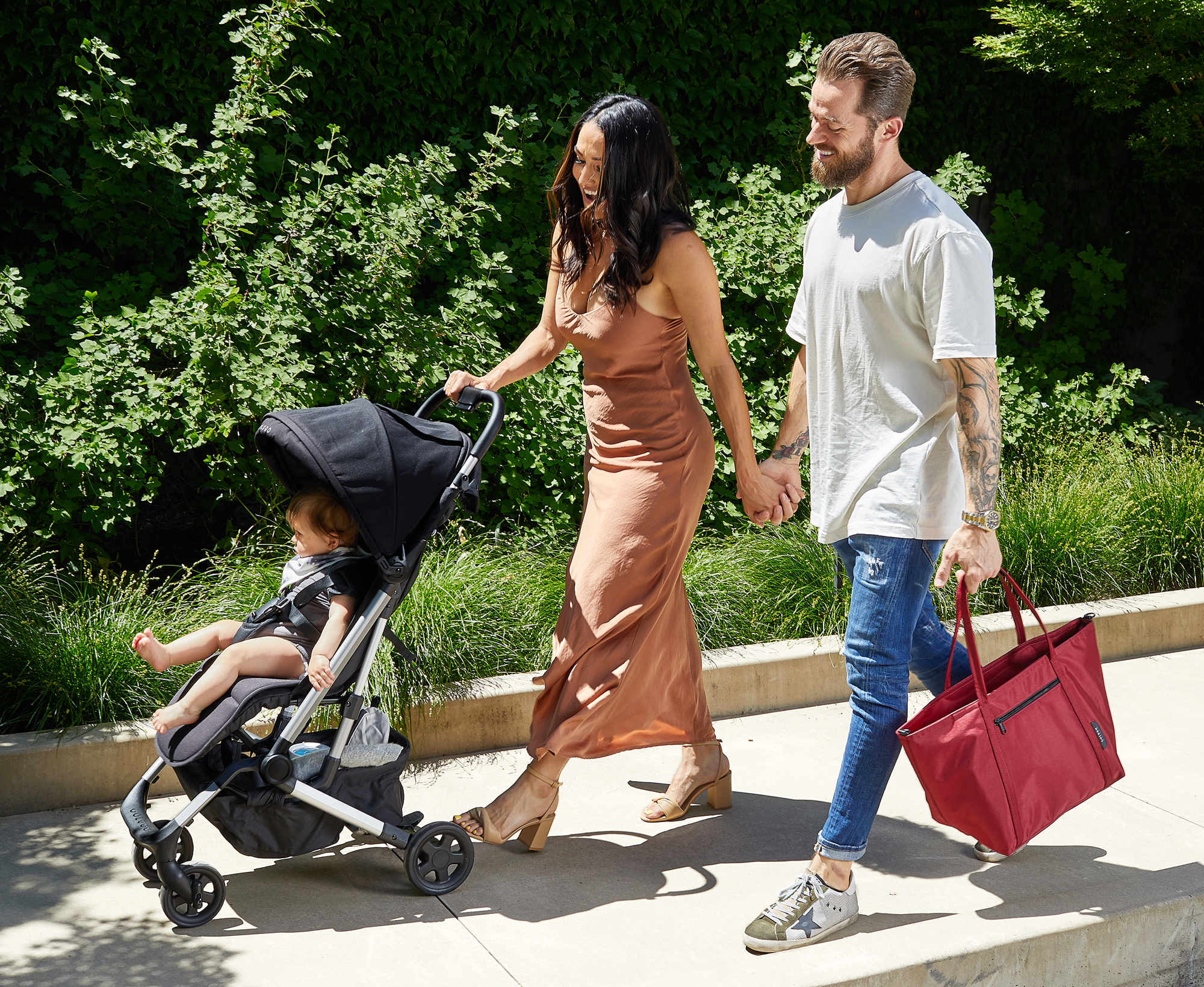 Nikki, who relocated to Napa Valley alongside her sister Brie, 37, last year, explained how the location helped her relationship with the professional dancer recently.

Nikki Bella and Artem Chigvintsev: A Timeline of Their Relationship

“I have to say that’s one of the most beautiful things about Napa Valley —it’s very easy to escape with your partner somewhere,” she shared. “Like Artem and I the other day, we just escaped to do a quick wine tasting and we’ll do these little things, like, go on a hike or these little adventures.”

She continued: “For a while, our date nights were on the couch watching The Bachelor, but now they’ve expanded and we’ve just [said,] ‘Let’s go check out so many parts of Napa and Sonoma and all these places.’ I feel like we’re dating each other again and it feels so great!”

In her spare time though, the retired professional wrestler has teamed up with Brie to focus on their exclusive, limited-edition collection that launched on Tuesday, June 1. The collection includes strollers, a diaper tote, a baby carrier and an on-the-go organizer.

“I think one thing that I realized now that I didn’t realize before is everything you do — whether you leave the house or anything that comes to fashion — you still have to incorporate being a mom because the majority of the time your baby’s coming with you,” Nikki shared with Us about the importance behind the pieces. “You have to bring so many things for your baby wherever you go, even if it’s just the grocery store. So Colugo was the perfect fit for Brie and I because I especially wanted to bring fashion-forward pieces in the mom’s world to our fans.”

With reporting by Diana Cooper

Meghan Markle, Prince Harry will have an 'awkward' talk with Queen Elizabeth after angering the palace: source