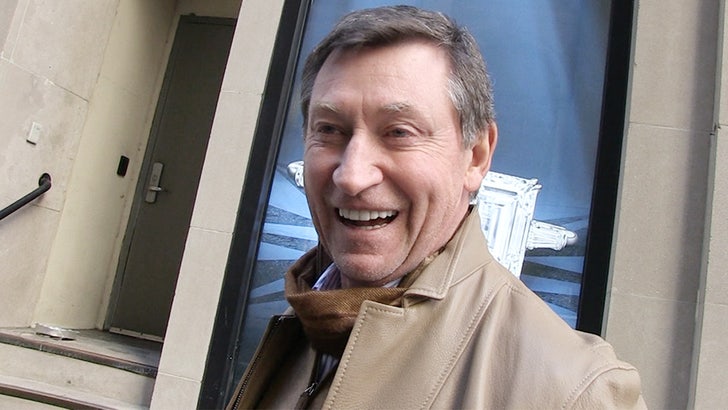 Wayne Gretzky says fighting in the NHL might not be around much longer … and tells TMZ Sports he can see a scenario where it’s officially banned from the league.

“You’ve cleaned it out of minor hockey, junior hockey, college hockey,” The Great One says. “It’s not really part of our game anymore.”

Of course, the issue of fighting in the sport is being brought up again after an AHL player was hospitalized after he took a haymaker to the face in an on-ice tilt earlier this week.

When we ran into Gretzky in NYC on Thursday … he told us despite the terrifying scene, fights are still going to happen in hockey every now and then.

But, he added the league appears to be getting closer and closer to seeing the scraps become extinct.

When we asked Gretzky — who rarely ever threw down in his 20-year NHL career — if he could see the league inputting a rule prohibiting the knuckle chucking, he told us, “You never know.”

By the way, we also asked Wayne for his thoughts on Zamboni-driver-turned-backup-goalie, David Ayres … and The Great One had some funny comments on the amazing story!