Intricate 1,600-year-old Roman mosaic depicting a leopard attacking an antelope will STAY in the UK after museum raises £150,000 to buy it

A beautiful Roman mosaic depicting a leopard hunting an antelope is set to stay in the UK after a local museum scrambled together enough money to purchase it.

The 8ft by 6.5ft panel was unearthed in 1974 and is thought to have been made 1,700 years ago during the Roman occupation of Britain, experts believe.

It was one of three mosaic panels unearthed by archaeologists on the grounds of Dewlish House in Dorset.

Two of them were donated to the Dorset County Museum but the third was kept by the owners of the estate before being sold in 2018 to a European buyer.

The proposed sale was described as ‘cultural vandalism’ by historians due to the ‘international importance’ of the mosaic.

British officials then stepped in and enforced a temporary export ban on it last year, which was extended to january to allow the Dorset County Museum enough time to raise the £150,000 needed to buy it.

Had they failed, the priceless piece of British history would have been shipped abroad to an overseas collector. 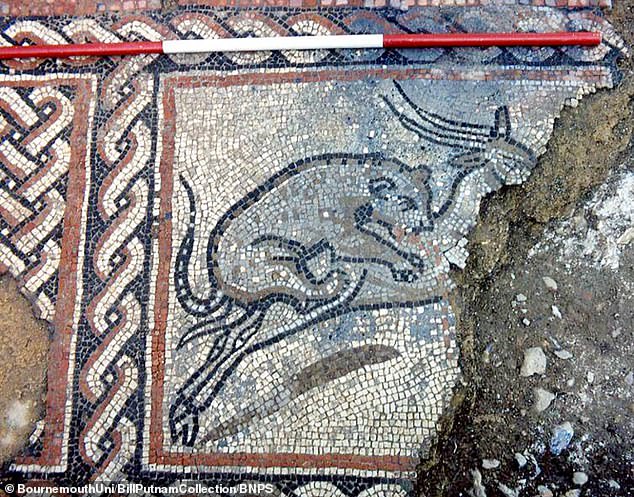 The precious panel is now at the museum and is undergoing specialist cleaning before taking pride of place in the museum, which itself has undergone a recent £16.1million redevelopment.

Dr Jon Murden, director of Dorset County Museum, said: ‘We are delighted to have secured this for the nation.

‘It is one of a handful of mosaics made by a school of mosaic workers called the Durnovarian School they were based in Dorchester. It is one of the most important British Roman finds in terms of mosaic art ever discovered.

‘It is in incredible condition considering its age but is undergoing some very delicate cleaning. It is not like cleaning the grouting in your bathroom tiles.

‘Once cleaned and conserved, it will take pride of place within the restored historic stairwell at Dorset Museum.’ 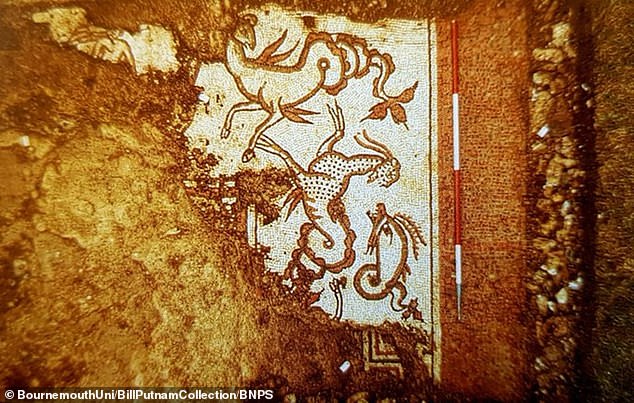 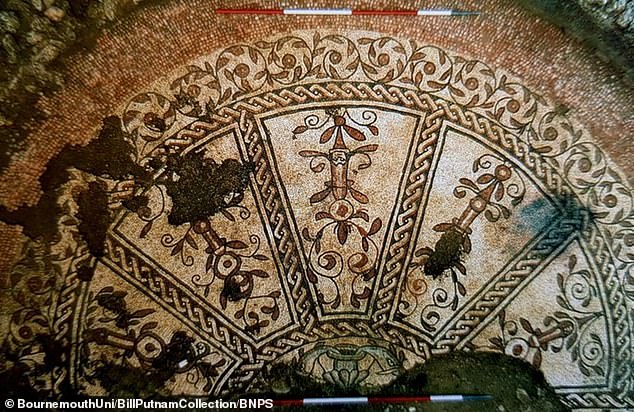 In 2018 the panel was controversially sold to an antiques dealer who then agreed to sell it to a private European buyer. The proposed sale was described as ‘cultural vandalism’ by historians due to the ‘international importance’ of the mosaic 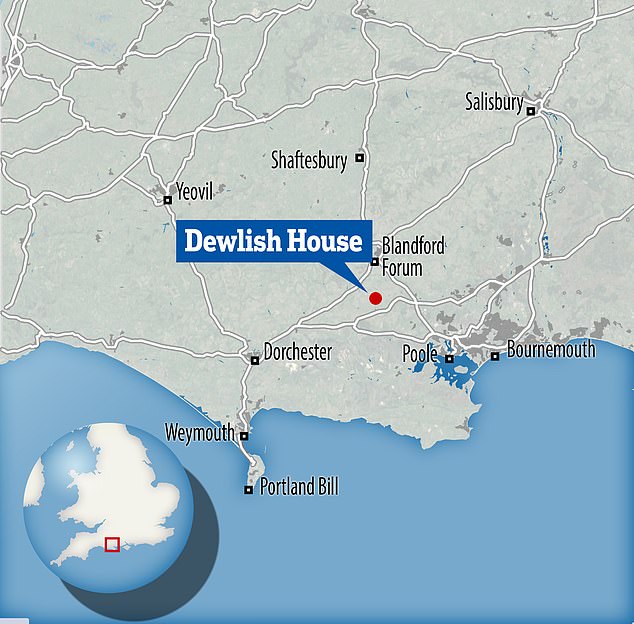 He said the mosaic floor panel would have been made for a significant Roman landowner’s grand home in the 4th century.

It is made up of just three colours of cream, black and terracotta red using materials from the local area.

Dr Murden added: ‘What it depicts is quite amazing. It is a leopard bringing down a gazelle and leaping on its throat. It is nature in acton.

‘But what is staggering for me is this knowledge of African animals in to fourth century Dorset shows how interconnected we were globally even at that point in out history.

‘It had been purchased by a European collector and so it would have gone into a private collection and would not have been available for people to see and enjoy or for scholars to research about what this means for Roman Britain at that point.’

The fundraising campaign to save the mosaic was backed in huge numbers locally including by John Seymour, a retired army soldier who lives in the village of Dewlish.

Was lost Roman Ninth legion wiped out in LONDON

By Harry Howard for MailOnline

They marauded on to British shores 43 years after the birth of Christ, founded the city of York – and then vanished from the historical record.

The mystery of what happened to the Roman Army’s Ninth Legion, who came to these shores with Emperor Claudius’s invasion, continues to vex experts.

The last mention of the legion, which was made up of 5,500 officers and men, is on a gateway in York, which dates from AD108.

The theory dramatised in children’s book The Eagle of the Ninth and film The Eagle, that the soldiers were annihilated in modern-day Scotland, had fallen out of favour.

Now, a new book delves into each alternative hypothesis – that the men were killed by rebels in Roman London; that they were transferred to the Rhine; or that they were dismissed after failing to suppress an uprising in what is modern-day Palestine.

But the conclusion which Dr Simon Elliott reaches in Roman Britain’s Missing Legion – What Really Happened to IX Hispana? is that the simplest explanation is the best one: the men were likely ambushed and cut to pieces by tribes in Scotland.

It is thought that this defeat could have prompted the construction of Hadrian’s Wall, as well as the sending of reinforcements from Rome to replace the lost men of the Ninth Legion. 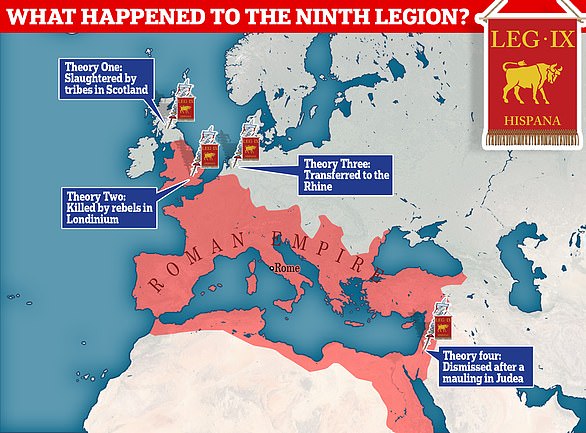 The mystery of what happened to the Roman Army’s Ninth Legion, who came to Britain with Emperor Claudius’s invasion, continues to vex experts. Dr Simon Elliott, in his new book Roman Britain’s Missing Legion – What Really Happened to IX Hispana? goes over the theories. He concludes the men were likely ambushed and cut to pieces by tribes in what is now Scotland

“Lupin is a great watch, but there's one big thing missing – Black women”

'Star Wars: The Clone Wars' Review: “On the Wings of Keeradaks” is a Letdown in a Number of Ways