On Thursday, Keith Sweat and Bobby Brown will face off in an epic Verzuz battle as part of our virtual ESSENCE Festival of Culture and the excitement around seeing these New Jack Swing kings go round for round is steadily rising.

Since the late ’80s both singers have made a name for themselves with classic slow jams and pop and R&B tracks as solo artists and members of mega groups. And when it comes to Keith Sweat, fans are asking, who can give the hits like he can? And for many that answer is “Nobody.” 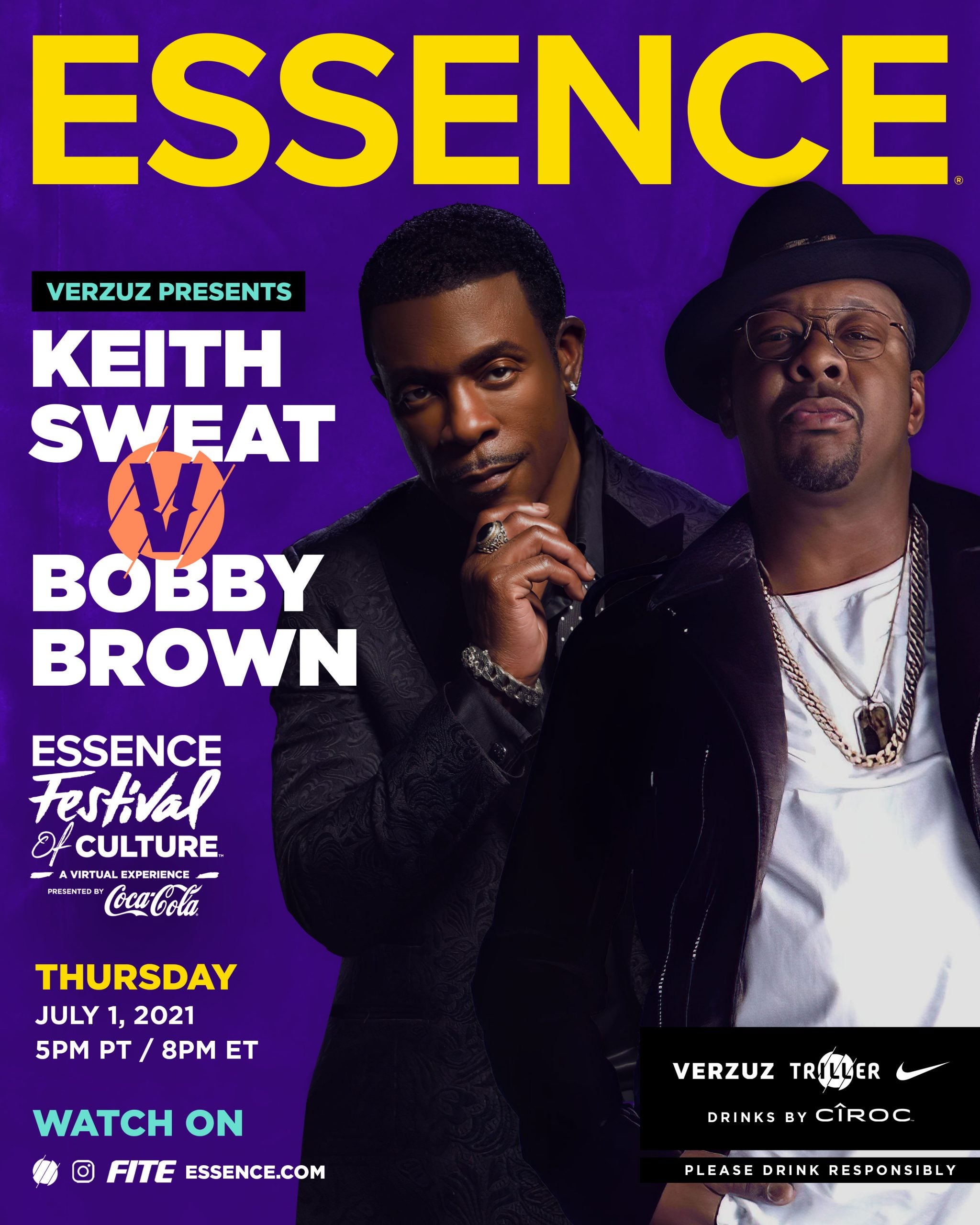 In anticipation of Thursday night’s battle — be sure to tune in at 8pm EST — we’ve put together a list of 20 jams we want to hear from Keith Sweat, from his debut single to his time with LSG. Check out the list below.

For the classics we can’t wait for Bobby Brown to drop, click here. Tune in to the battle Thursday night on Essence.com.

Keith’s debut single shot straight to number one on the R&B charts 1987 and topped the R&B Billboard chart for 1988, so it’s safe to say that he came out swinging.

“Make It Last Forever” is the second single and title track from Keith’s debut album and was even sampled and covered by many artists after it’s release, so it absolutely is a must on the list.

This popular 1990 single, which later featured a live version with Monica, spent a week at number one on the U.S. Billboard R&B chart after it’s debut.

The single (which honestly speaks for itself) peaked at number one on the Billboard Hot R&B singles chart in 1990.

“Keep It’ Comin’” landed Keith yet again in the number one spot on the Billboard Hot R&B singles chart in 1991.

This Keith Sweat song served as the ultimate lets-be-more-than-friends ballad for anyone tryna take it to the next level and remains a popular song of his.

You truly have us twisted if you didn’t think we would list this 1996 single featuring Kut Klose, which went number one on the charts and in our hearts (and the video is still an added bonus).

“Nobody” featuring Athena Cage was not only an instant hit on the U.S. charts in 1996, but also spent time on an international scale too, which isn’t hard to believe considering we can sing every single word of this tune.

A musical shout-out to darker skinned black women, “Chocolate Girl” still serves as one of the cutest ballads thus far.

Not only did the single land Keith on the charts once again, but it featured the late Lisa “Left Eye” Lopes, which instantly makes it a must-hear.

This sensual single featured his very own group, Kut Klose and made for one steamy title song, which spawned from his fourth album of the same name.

Sweat co-wrote and co-produced Silk’s number one massive hit in 1993, so it absolutely deserves a spot in this battle.

In 1996, Keith linked up with R&B heavy hitters Johnny Gill and the late Gerald Levert to release the smash hit as a supergroup in 1997.

“Merry Go Round” is just one of those undeniable please-don’t-play-with-my-heart songs and served as another silky ballad in 1990.

Let’s face it: any single with LL Cool J on it is one that you just can’t skip.

A Keith Sweat song featuring the one and only Ronald Isley? Please count us in.

This R&B ballad is ALL about the sweet alone time between a couple, so this definitely made onto our list.

Although the title may say otherwise, “I’m Not Ready” is another smooth, lovers-only jam that has us ready for this showdown.

Keith linking up with Snoop Dogg for a duet? Need we say more to put a bow on the battle of a lifetime?

The untold truth of water fasting

Brendan O’Carroll second wife: How long have Brendan and Jennifer been married?

'The Bachelor': Was Rachael Cast for Matt James to Cause Controversy?

'Marriage or Mortgage': Does Nichole Holmes Have Any Kids?