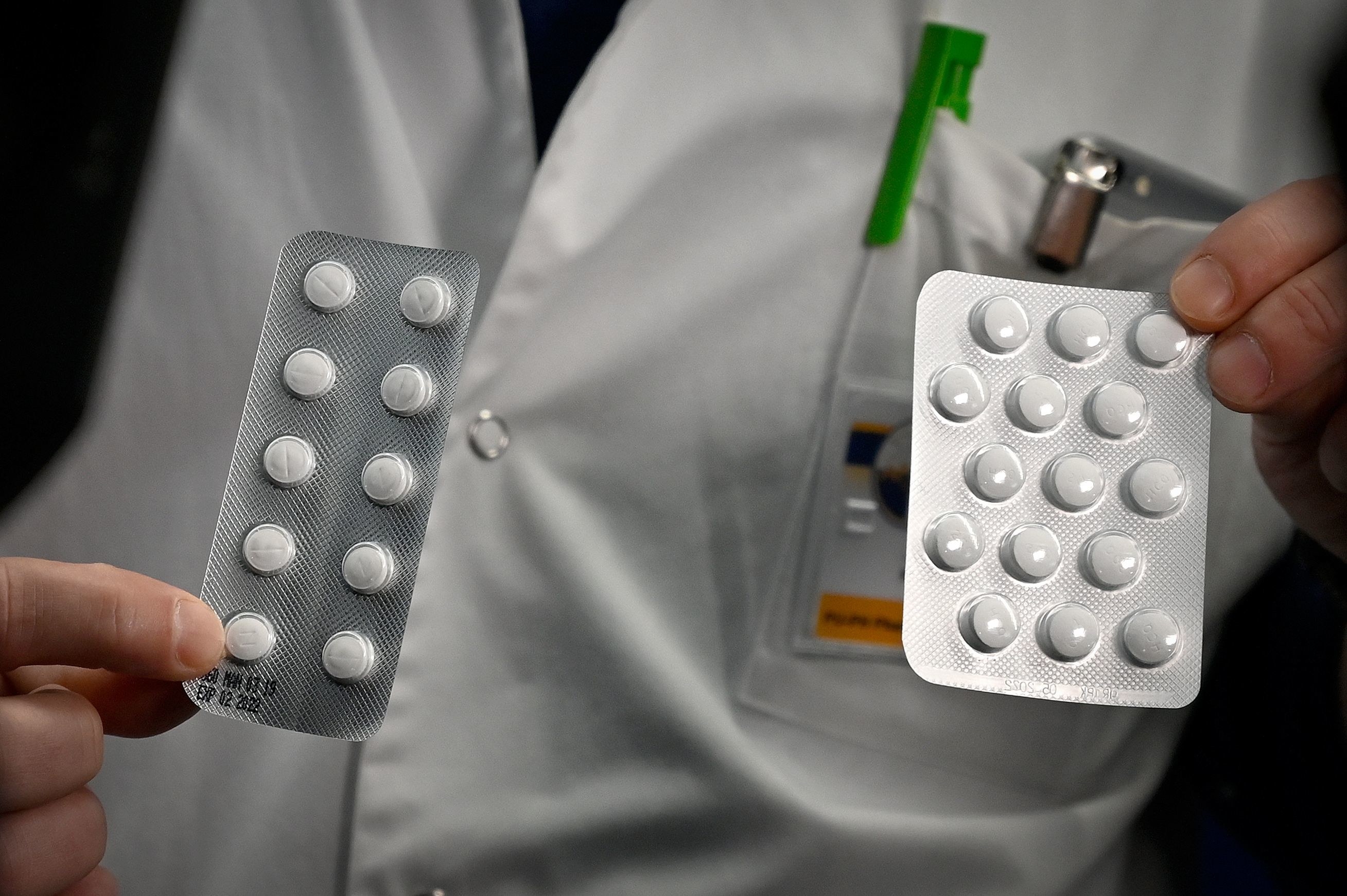 A man died and his wife needed critical care after they both took a drug meant for aquariums that contains chloroquine, which President Trump recently touted as a treatment for COVID-19 in spite of a lack of study by health officials or approval by the World Health Organization.

According to the Banner Health hospital system in Phoenix, Arizona, the husband and wife, both in their 60s, ingested chloroquine phosphate, “an additive commonly used at aquariums to clean fish tanks.” One aquarium supply store online described it as a “wonder drug” that was once only available through veterinarians — for saltwater fish, not humans. The site is currently sold out of the drug.

Thirty minutes after taking the chloroquine phosphate, the couple experienced serious, immediate effects that required them to go to the hospital.

“We understand people are panicked and looking for answers,” Alexis Kramer-Ainza, spokesperson for Banner Health, told BuzzFeed News. “This is not the way to handle it. Self-medicating will only cause more damage.”

Toxicologists confirmed the substance was responsible for the symptoms they were feeling, Kramer-Ainza said. The wife’s condition is now stable, and she’s expected to survive because she managed to throw up the drug.

Chloroquine, which has been used in various medications to treat malaria and lupus, has been in the news recently because doctors in countries including South Korea, China, and France, have reported positive results when administered to COVID-19 patients, the New York Times reported.

Trump has repeatedly chalked the drug up as instrumental in the fight against the coronavirus. In a press conference last week, he said the drug, which the FDA has not yet approved for treating COVID-19, “could be a game changer.”

The next day, Dr. Anthony Fauci, director of the National Institute of Allergy and Infectious Diseases, bluntly walked back Trump’s assertions.

“The answer is no,” he said in response to reporters’s questions about the drug as a coronavirus treatment, calling the evidence “anecdotal” and emphasizing that there has not been any official study.

“We’re trying to strike a balance between making something with a potential of an effect to the American people available, at the same time that we do it under the auspices of a protocol that would give us information to determine if it’s truly safe and truly effective,” Fauci said. “But the information that you’re referring to specifically is anecdotal, it was not done in a controlled clinical trial. So you really can’t make any definitive statement about it.”

Fauci later went on Fox News to drive home that there is no “definitive proof” the drug is effective.

But on Saturday, the president emphasized the drug’s promise again, tweeting that coupling chloroquine with the antibiotic azithromycin has “a real chance to be one of the biggest game changers in the history of medicine.”

In their announcement, Banner Health experts stressed “that chloroquine, a malaria medication, should not be ingested to treat or prevent this virus.”

“Given the uncertainty around COVID-19, we understand that people are trying to find new ways to prevent or treat this virus, but self-medicating is not the way to do so,” said Dr. Daniel Brooks, Banner Poison and Drug Information Center medical director. “The last thing that we want right now is to inundate our emergency departments with patients who believe they found a vague and risky solution that could potentially jeopardize their health.”

Kramer-Ainza added the health system is hoping this is the first and last chloroquine case it sees.

“When you hear panic from trauma doctors facing these types of situations on top of everything else they’re dealing with, you know it’s serious and scary,” she said.

In a tweet, the country’s health department implored people not to self-medicate for COVID-19. The World Health Organization has not approved chloroquine to fight the virus, the Nigerian health organization said, and scientists are still working to confirm if it’s safe.

In the US, there is currently no approved drug to treat people with COVID-19. In a recent release, the Centers for Disease Control and Prevention noted that “based upon limited in-vitro and anecdotal data, chloroquine or hydroxychloroquine are currently recommended for treatment of hospitalized COVID-19 patients in several countries.”

However, the drug is still under investigation in clinical trials, and the CDC said there is no available data on how much to give a patient or how long they should be taking the medication. Doctors have been reporting mixed and different dosages, the CDC said.

Banner Health is now urgently warning doctors about the medication.

“We are strongly urging the medical community to not prescribe this medication to any non-hospitalized patients,” Brooks said.

A sexuality professor shut down a ‘misogynistic’ student in a viral TikTok, saying she has ‘more experience sexually than anyone in this class’

The Psychedelic Furs Drop Stark New Single, 'You'll Be Mine'

Kim Kardashian’s daughter North crashes social distancing PSA and says mom should be busier with her kids, ‘not friends’ – The Sun

Westworld: Your Quick Guide to Catching Up Before Season 3 Starts