Abundance of Spring flowers such as daffodils, crocuses and tulips could fuel summer DROUGHTS by depleting moisture in the soil, study warns

An abundance of spring flowers, such as daffodils, crocuses and tulips, could be fuelling summer droughts, scientists claim, based on new computer simulations.

The unusually warm and sunny conditions experienced in Spring 2018 boosted flower growth, and therefore depleted moisture in the soil just before summer hit.

This plant-driven transfer of water to the atmosphere in the springtime contributed to the summer drought about as much as high temperatures, the researchers say.

The uncomfortably hot summer two years ago caused crop failures, wildfires and widespread drought in the UK and other parts of Europe.

In the UK, temperatures reached as high as 95.5°F (35.3°C) during the period of extreme heat, as recorded in Kent at the end of July.

But scientists believe springtime vegetation growth could provide an early warning ahead of another extra-hot summer –- which could be on the horizon this year. 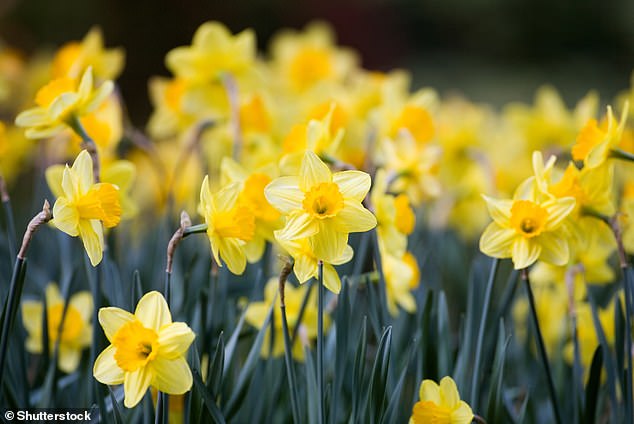 There’s a downside of an abundance of flowers in the spring: Scientists say it may make our natural ecosystems less prepared for droughts

A previous report from the US National Oceanic and Atmospheric Administration (NOAA) previously estimated a 75 percent chance that 2020 will be the hottest year in recorded history.

‘In summer 2018, central and northern Europe were stricken by extreme drought and heat,’ said Dr Ana Bastos, a climatologist at Ludwig Maximilians University in Germany.

‘It differed from previous events in being preceded by extreme spring warming and brightening, but moderate rainfall deficits, yet registering the fastest transition between wet winter conditions and extreme summer drought.

‘The differences in carbon and water exchanges during spring and summer 2018 suggest strategies could influence patterns of summer heat waves and droughts under long-term warming.’

Europe has endured repeated summer heat waves and droughts in the past 20 years, threatening public health while impacting food production, air pollution and carbon dioxide uptake in the environment. 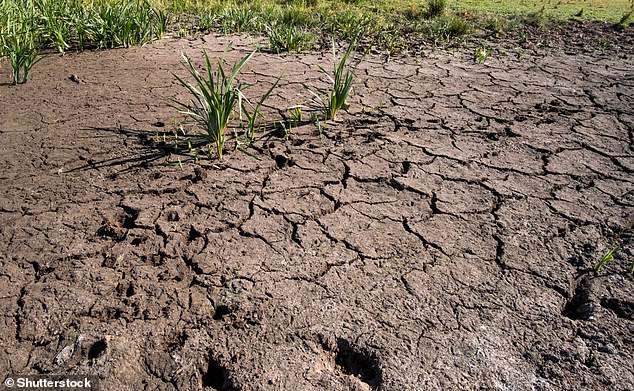 The droughts of 2003 and 2010 in central Europe and western Russia, respectively, at the time broke what was a 500-year-long summer temperature record over the continent.

Summer 2018, which marked sustained high temperatures over three months, registered the fastest transition between wet winter conditions and extreme summer drought, according to Dr Bastos and her co-authors.

Even last year, summer in the Northern Hemisphere summer – June through to August – recorded the joint-highest temperatures, tying with the same period in 2016, according to NOAA. 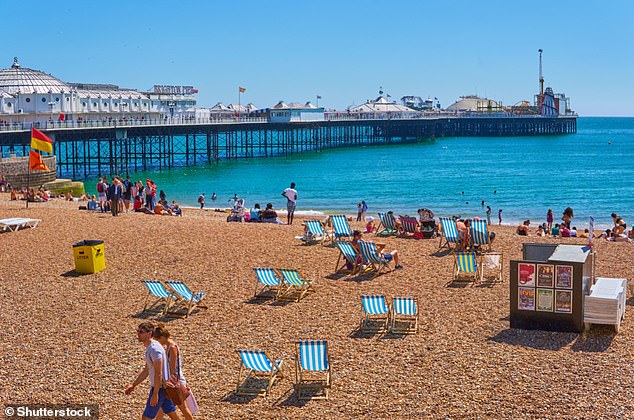 Brighton beach, on June 27, 2018, as the sun-loving crowds basked in sweltering record temperatures

July 2019 as a whole was the hottest month ever recorded globally after 140 years of record-keeping, and brought Arctic and Antarctic sea ice to historic lows, according to the NOAA.

However, few studies have analysed how climate conditions in the seasons leading up to such extreme summer temperatures may ‘set the stage’ for an ecosystem’s response.

Spring conditions promoted increased vegetation growth, which in turn contributed to rapid depletion of moisture in the soil – and this is what amplified the summer drought.

The researchers observed regional differences in the effects of the spring weather on summer carbon dioxide uptake by plants during photosynthesis, stimulated by warm weather.

Parts of Europe covered by forest developed a greater capacity for water and carbon, leading to increased leaf growth 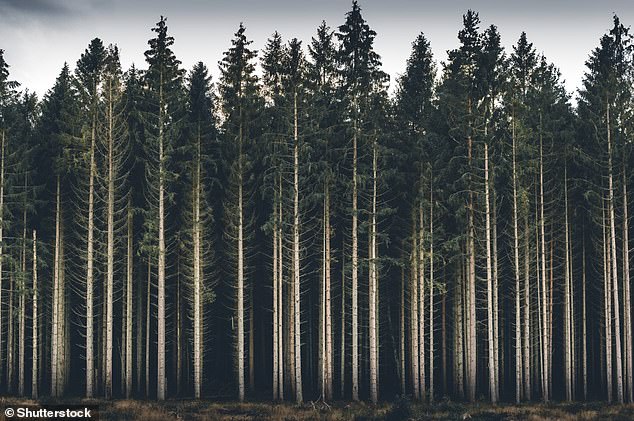 Trees may have been better suited to withstand the drought in 2018 since their roots help them access deep water reserves, scientists claim

Trees may have been better suited to withstand the drought since their roots help them access deep water reserves that crops and grasses cannot reach, the authors suggest.

‘Our results stress the importance of spring climate conditions and of ecosystem dynamics in amplifying or dampening the summer carbon and water anomalies, which can potentially be useful to predict summer extremes in advance,’ she said.

Researchers also created a video showing the simulated photosynthesis anomalies in 2018, relative to the average between 1979 and 2018, as well as the evolution of drought conditions.

The study has been published in Science Advances.

WHAT CAUSED THE SUMMER 2018 GLOBAL HEATWAVE?

There are several leading theories as to what caused the global heatwave, according to University of Reading climate scientist Professor Len Shaffrey.

1. Climate Change: Temperatures are increasing globally due to the burning of fossil fuels increasing concentrations of atmospheric carbon dioxide. The global rise in temperatures means that heatwaves are becoming more extreme. The past few years have seen some record-breaking temperatures in Europe, for example the 2015 heatwave and the 2017 ‘Lucifer’ heatwave in Central Europe. Unusually warm summer temperatures have been recorded elsewhere, for example in Canada and Japan, and climate change is very likely to have played a role here as well.

3. La Nina: Every few years, ocean temperatures in the Tropical Pacific swing between being relatively warm (known as El Nino) and cool (La Nina). Since October last year the Tropical Pacific has been in a La Nina phase. La Nina is sometimes associated with cold winters in North Western Europe (for example the winter of 2010/11 and the recent cold spell in March 2018). However, this year’s La Nina had started to weaken around April and had almost gone by June when the current dry spell in the UK began.

4. It’s the weather: The above factors influence type of the weather get in the UK and Ireland but good or bad luck also plays a role, especially for very unusual weather such as the current hot and dry spell. This summer is no different and the hot and dry weather is partly due a combination of North Atlantic Ocean temperatures, climate change and the weather. Should weather patterns continue as they are then we might expect this summer will turn out to be as hot and dry as the extreme summer of 1976.

Dr. Fauci dismisses theory that coronavirus was made in Chinese lab