Alexandra Shulman has called out fashion influencers like Victoria Beckham for ‘cheating’ her by promoting products on social media that they actually have deals with.

The former editor-in-chief of British Vogue said she originally believed the pop star turned designer was recommending a particular brand in a make-up video because she thought it was good.

But the 63-year-old claimed she then found out Ms Beckham has an arrangement with the company whose product she was promoting.

Last month the Advertising Standards Authority (ASA) announced it was putting social media influencers ‘on notice’ after monitoring a sweep of accounts revealed a widespread failure to disclose advertising.

Shulamn, who left Vogue in 2017 after almost 25 years at the helm, said the public deserve to know if influencers are making genuine recommendations or if they have a financial interest in doing so. 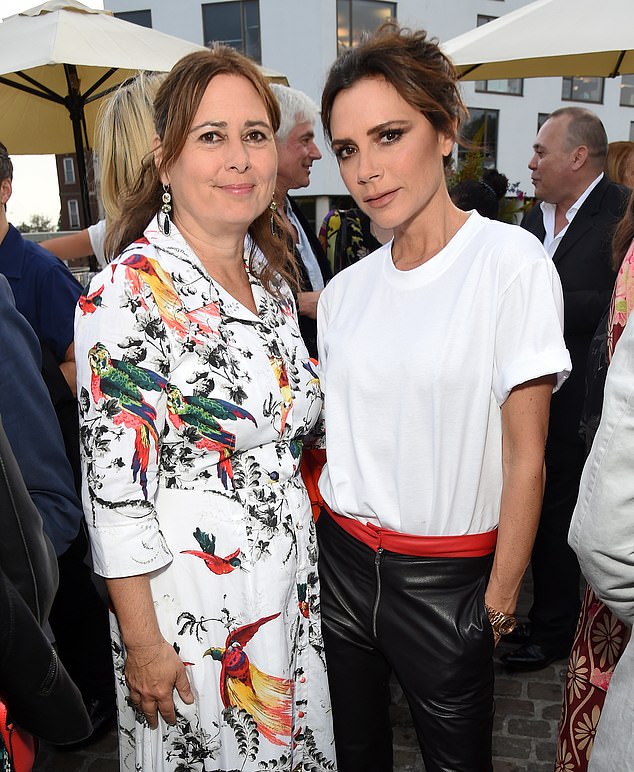 Speaking on the Life and Soul podcast by Emma Forbes, Shulman admitted that because Beckham was recommending a product that was not her own, she did not at first appreciate her links with the other unnamed company.

She explained: ‘The other day I was watching a Victoria Beckham make-up video and she had a product that she used and she was saying “I always use this product” but it wasn’t her own brand.

‘And then I happened to see an Instagram post from this other brand came through and then I saw that actually Victoria Beckham works with them.

‘So I felt a bit cheated by that because I thought she was really promoting this stuff because she thought it was good, and then I realised it’s because she has got a deal with them.’ 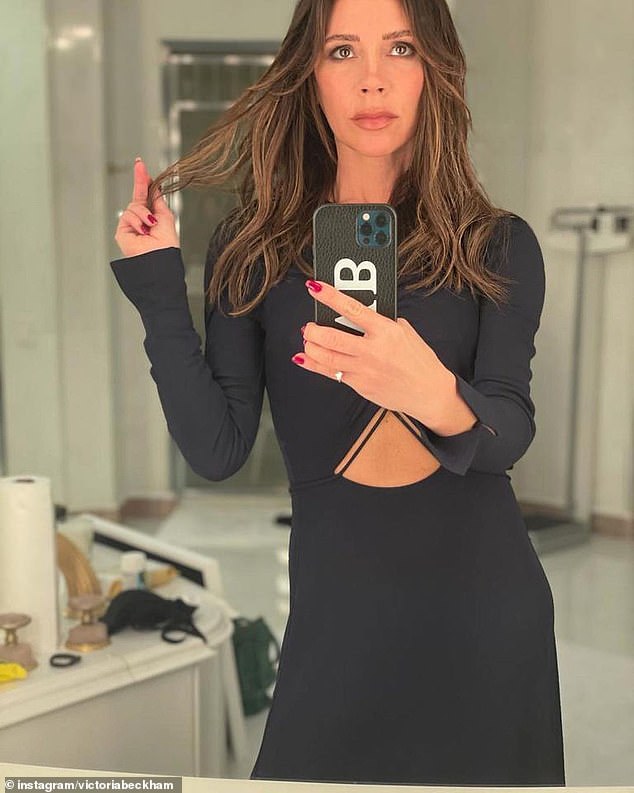 Speaking on the Life and Soul podcast by Emma Forbes, Shulman admitted that because Beckham was recommending a product that was not her own, she did not at first appreciate her links with the other unnamed company (pictured: Victoria Beckham modelling a dress from her own collection)

What are the rules on ads for influencers?

Celebrities can earn thousands of pounds posting about products on social media.

But there are strict rules on how they need to flag these posts so consumers are aware that they are being paid to promote them.

Under current industry guidelines, stars are supposed to clearly state that a social media post is an ad, typically by using #ad or #sponsored in the caption.

Freebies are also included under advertising guidelines, with products, gifts, services, trips and hotel stays given for free qualifying as ‘a payment’.

The Advertising Standards Authority (ASA) is the UK’s advertising regulator and makes sure ads across UK media stick to the advertising guidelines.

They advise people should ensure marketing posts are obviously identifiable as such, and to make sure this is prominently displayed at the beginning of the post, rather than buried away among other hashtags.

Influencers used to be able to get away with declaring who they work for in their bio, but this is no longer sufficient and each post should be adequately labelled up.

The former editor added that people ‘deserve to know’ whether you promote a brand because you ‘genuinely like it’ or because you’re paid to advertise it.

Podcast host and former TV presenter Forbes said there is a ‘fine line’ when it comes to influencers being genuine in their recommendations and that she can end up feeling ‘cheated’ and ‘promoted to’.

Shulman, who has a CBE for services to fashion journalism, added that if brands offer to send her items, she always responds telling them that she will not guarantee that she will be able to promote it.

She admitted she only follows a few influencers and said good ones ‘have a voice’ if they are trusted.

‘One knows in oneself if you trust somebody, you do believe in their recommendations,’ Shulman explained.

‘That’s some of my make-up buys; I have seen somebody say something, and I rate them, so I think, “Oh yeah maybe I will buy that £65 face moisturiser even though I have got eight on my dressing table”.’

In September last year, the ASA undertook a three week monitoring exercise to review the Instagram accounts of 122 UK-based influencers to assess whether advertising content was being properly disclosed.

It involved assessing over 24,000 Instagram Stories including posts, IGTV and reels to check compliance rates, focussing on this platform because complaints to the watchdog about influencer ad disclosure tended to relate to Instagram.

The report on its findings stated that the proportion of influencers sticking to the rules was ‘far below what we would expect’.

Jose Mourinho hits out over team selection question and asks why Lampard, Klopp and Guardiola don't get same treatment