What a shock it must have been for the Duke of Sussex to learn that his adopted host nation Canada would no longer foot part of the bill for his family’s police protection.

How could this be? Harry’s and Meghan’s bestie, PM Justin Trudeau, had welcomed them warmly in December. And the country is a second home to Meghan; it’s where she found happiness and fame on the TV series Suits.

What’s more, it is a member of the Commonwealth, for which Harry and Meghan were devoted youth ambassadors. But they were forced to relinquish their roles after stepping away from royal duties. 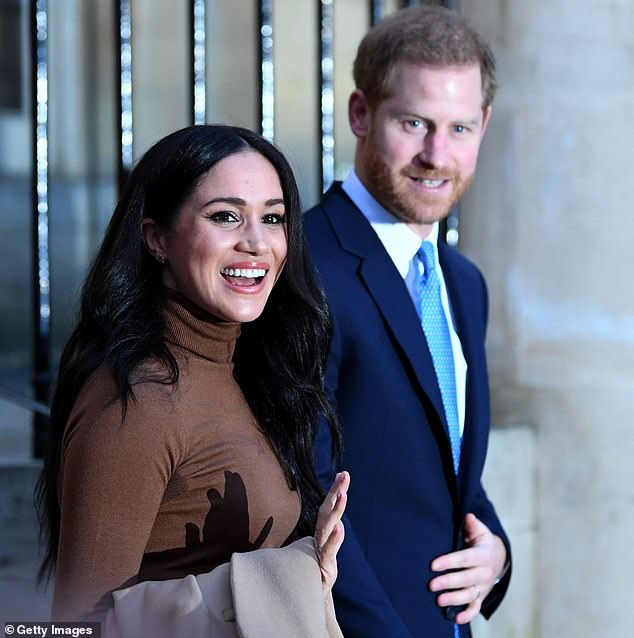 Welcome to the real world: The Duke of Sussex has learned that his adopted host nation Canada would no longer foot part of the bill for his family’s police protection. Poll after poll in Canada have shown that no one wants to pay taxes for the Sussexes (pictured on January 7)

Perhaps Harry doesn’t understand that Commonwealth means just that — common wealth, shared between people. Hard-working people striving to pay their taxes for the common good. People who see no reason why they should stump up to protect a wealthy and impetuous prince and his family who are living in a vast £14 million mansion.

Whatever Justin Trudeau promised Harry and Meghan, he is ultimately a servant of the people — and poll after poll in Canada has shown no one wants to pay taxes for the Sussexes.

Welcome to the real world, Harry! 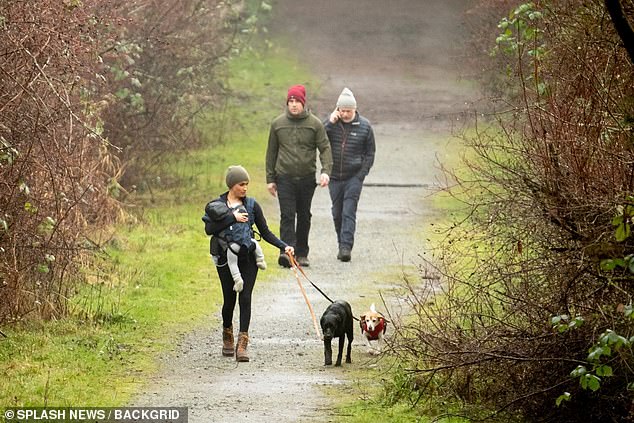 He can’t have it both ways. He rushed back to Britain, insisting he’s just an ordinary bloke without royal trappings — ‘Call me Harry’ he told us at an eco event in Edinburgh.

But normal blokes don’t live in mansions, they don’t take over an entire first-class carriage to travel to London after that eco event, as Harry did, and they certainly don’t expect to make a fortune and have police protection paid for by the taxpayer.

It’s clear that Harry is trying to do what he thinks is best for his family. And that is commendable. But everything he and Meghan do seems to blow up in their faces because they just don’t seem to think.

They lecture us on climate change, then whisk off in a private jet. They ‘reach out’ to the poor, then she jets across the Atlantic for an obscenely expensive baby shower in New York. They leave the Royal Family — then argue that he deserves the perks.

Well, not at our expense you don’t, Harry. We’re prepared to stump up for the royals who give good value.

But Harry and Meghan have forsaken that privilege — which is why we should refuse to step in after Canada’s police step down.

Fashion magazine Glamour has the XXXL singer Lizzo on its cover, hailing her as the queen of body positivity. She loves her form and good on her. Lizzo is a size 28 — where does she buy them? The other models in the mag were so tiny they could have fitted into one of her trouser legs. 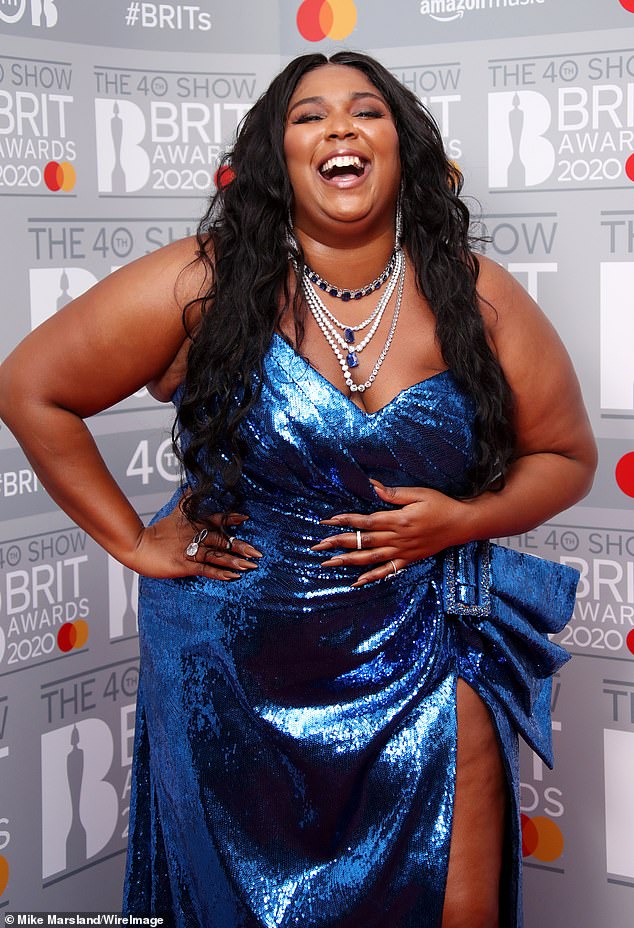 Stunning: Lizzo poses in a shimmering blue dress at the Brit awards on February 18

Asked who were the greatest loves in his life, Ant McPartlin says unquestionably they are his new partner Anne-Marie (who was personal assistant to his ex-wife Lisa), Anne-Marie’s children, their dogs and Newcastle United. Ever modest, he failed to mention the true love of his life — himself.

The oldest man on earth, Bob Weighton, 111, says he’s only sad as it means someone has died for him to get the title.

What we all want to know is: what’s the secret, Bob? 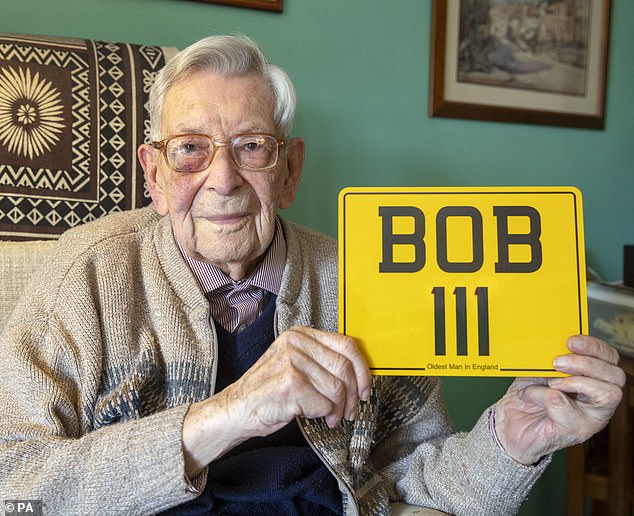 Bob Weighton, 111, has revealed the secret to his ripe old age – a long and happy marriage, three children, ten grandchildren. He advises people to love each other as they would like ot be loved

A long and happy marriage, three children, ten grandchildren and 25 great-grandchildren. Still living at home, he and his widow spent their retirement years volunteering as marriage counsellors and helping youth groups.

Bog-standard Christians with a strong faith, his advice is to love each other and your neighbours as you would be loved yourself.

Greta, monster from the deep

Ahead of Greta Thunberg’s mass rally of 20,000 in Bristol, a local artist painted a 50ft mural of the eco-warrior on a wall. Essential to Greta’s power is her fragility, a tiny, pale teenager taking the fight over climate change into the very corridors of power. 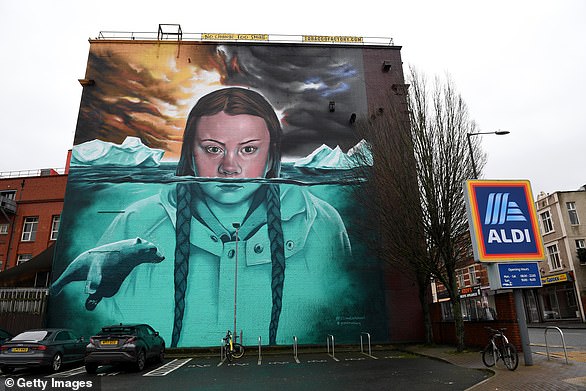 Why then is she painted as a huge monster rising from the melted Arctic oceans — a weird and scary cross between Boudicca and Godzilla?

After his client was found guilty of rape, Harvey Weinstein’s attorney Arthur Aidala said the Hollywood beast was ‘energised’ as he planned an appeal. ‘He talked about the future.’ Not a great future, Harvey, is it? You could be 96 years old when you get out of prison.

It has been nearly 13 years since Madeleine McCann disappeared. £12 million has already been spent by police searching for her, with another £300,000 last year, and now the Met has asked for more. Painful as it is for her parents, there has to come a moment when the cash-strapped force draws a line.

But who will ever forget those long legs, more memorable on the cover of Vogue even than when she won on Centre Court at Wimbledon.

And, as it happens, her perfect 47-inch from hip to heel pins were key to her £251 million fortune — working out at over £5 million an inch. 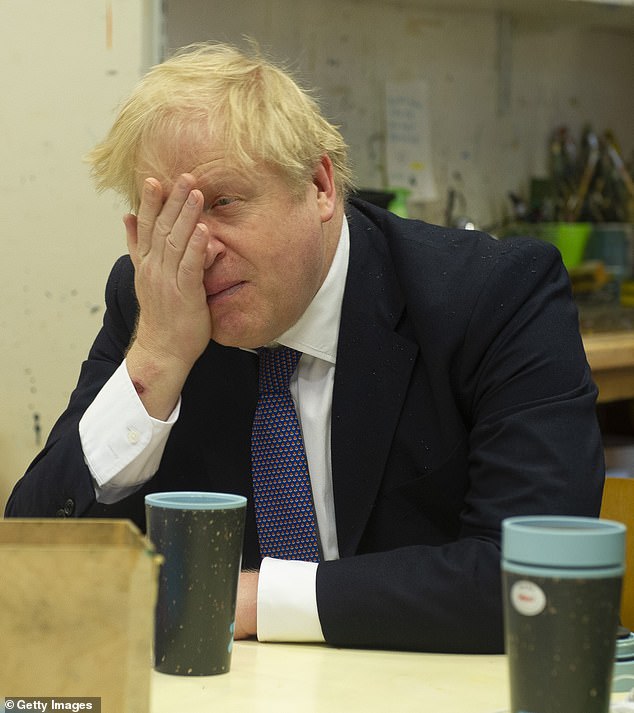 COVID 1: The Britons who tested negative for the coronavirus, yet are still quarantined in a Tenerife hotel, are spending their days sunbathing in bikinis with their face masks on. That’s going to be one hell of a face tan to explain away when they finally get back to Blighty.

COVID 2: The most helpful expert advice is that if you have no tissue to hand, the polite thing to do is to sneeze into the crook of your elbow. Which means, along with handshakes and friendly pecks on the cheek, bear hugs are now out, too.

In his final Bond movie No Time To Die, Daniel Craig was banned from getting behind the wheel of 007’s iconic Aston Martin as safety officers deemed he could not drive at speed and act at the same time. They needn’t have worried. Whether killing baddies or bedding Bond girls, Craig’s entire, slow-motion, pursed-upper-lip repertoire has been permanently stuck in first gear.

A get out of jail card?

A judge spared Leila Le Fey from jail after she threatened a shop manager with a claw hammer, despite her having 50 previous convictions. 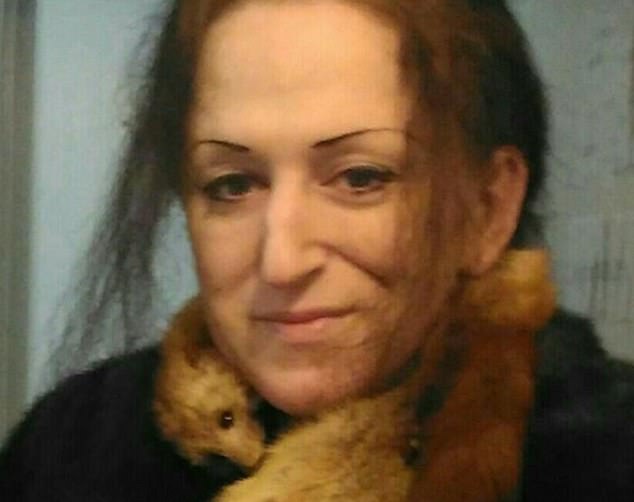 Leila Le Fey (pictured) was spared jail, despite having 50 previous convictions, as she threatened a shop manager with a claw hammer

The grounds for leniency were that Le Fey is a trans woman without documents to prove her gender reassignment and therefore would be sent to a male-only prison.

While we rightly embrace diversity, no man or woman, whatever their chosen gender, should be placed above the law.

Jonas Brothers to Give Special Announcement During Planned Livestream

George Floyd's Sister Says Trial Reminds Her of Suffering He Endured: 'He Felt Every Ounce of Pain'

Eberechi Eze fined for breaking coronavirus rules at QPR but will NOT be dropped for Arsenal, says Palace boss Hodgson