Ariana Grande really said ‘thank you, next’ to everyone else’s Halloween costumes with her super realistic ‘Creature from the Black Lagoon’ look!

Ariana Grande took things to another level this Halloween — the deep sea! The pop sensation went all out as the super creepy creature from the 1954 black and white horror film Creature from the Black Lagoon. Ariana took to Instagram to show off the immaculate prosthetics that transformed her into the horrifying sea creature as she posed on a recreation of the movie poster. She renamed herself “Miss Creature from the Black Lagoon,” and shared booming reviews of the “movie,” calling it “Amazing! Startling! Shocking!” In another photo as the Black Lagoon character, Ari also sipped wine in a body of water and posed with her webbed fingers and scaly green skin on display. See the amazing costume here! 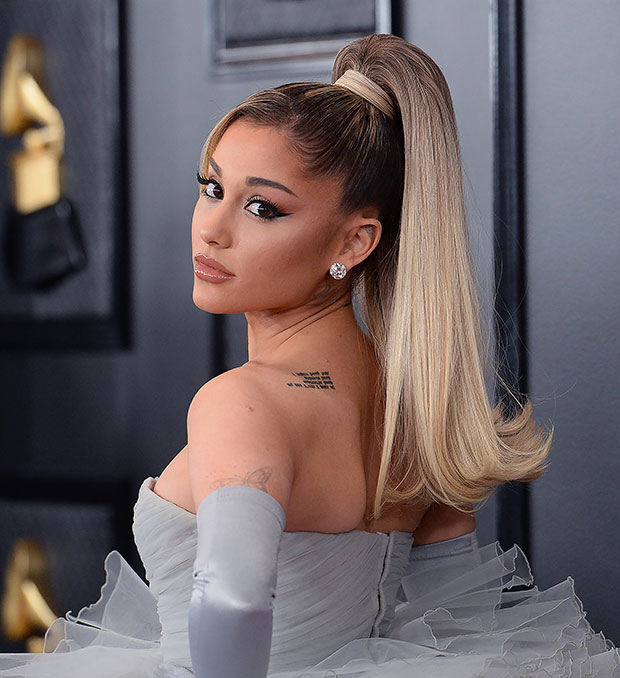 The “thank you, next” singer wasn’t without company! Her husband, Dalton Gomez, “starred” as the “Handsome Scuba Man” and the love birds recreated a scene in a black and white photo collage in the carousel of pics posted on Instagram. These two really blew it out of the water! (Get it?) In preparation for the big costume reveal, Ari shared a black and white video of herself in retro swimming garb doing backstroke in the water as the creature of the Black Lagoon lurks on.

This wasn’t Ariana’s only costume of Halloween! The singer continued to show her love for old movies by dressing up as Audrey from Little Shop Of Horrors. She shared a clip from the 1986 film on her Instagram feed, followed by several photos of herself rocking a blonde wig and leopard print dress, holding a small plant. Of course, her hubby Dalton made an appearance as Seymour! These two really crushed their first Halloween as a married couple. The Voice judge captioned the carousel of photos, “somewhere that’s green.” See it here! 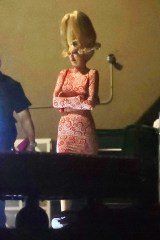 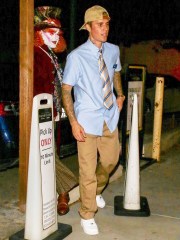