The Bachelor: Women Tell All episode was full of drama — but there was one contestant who was noticeably absent from the reunion.

Kelley Flanagan, who quickly became a fan favorite among the women vying for Peter Weber‘s heart, didn’t make an appearance alongside her former fellow contestants on Monday, March 2. Despite reports that she was deliberately uninvited, the 27-year-old attorney had a lighthearted response to fans wondering why she was missing. 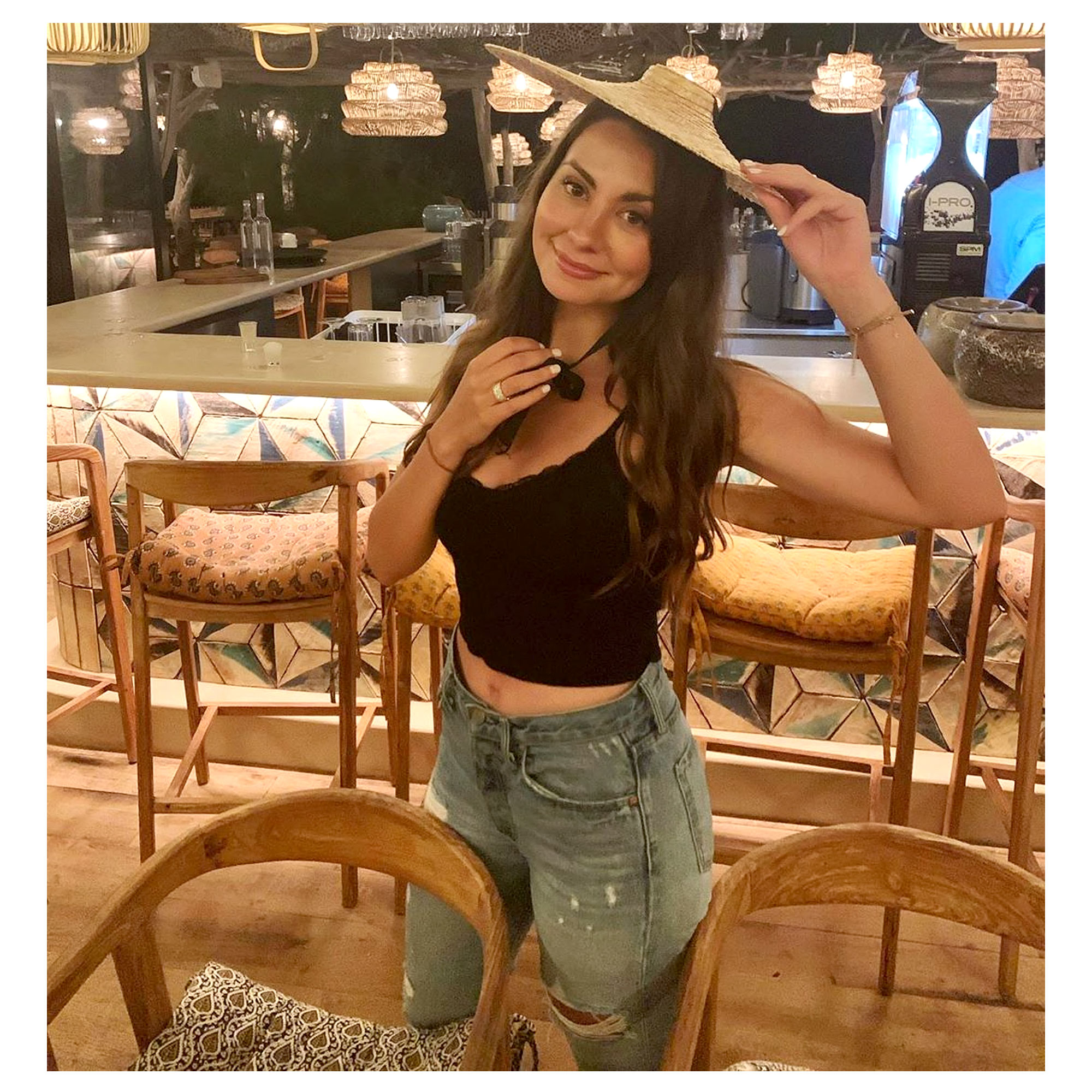 The University of Alabama grad shared a screenshot of a tweet to her Instagram Story on Monday night that poked fun at her notable absence from the reunion. A fan posted a side by side photo of Kelley dressed as a grandma from a previous Bachelor episode and an older woman who made a brief appearance during a segment in the Women Tell All.

“Wish they didn’t wait till the end of Women Tell All to show Kelley,” the fan wrote. Kelley took the joke in stride, teasing her former costar Kelsey Weier over the infamous ChampagneGate incident in the process. 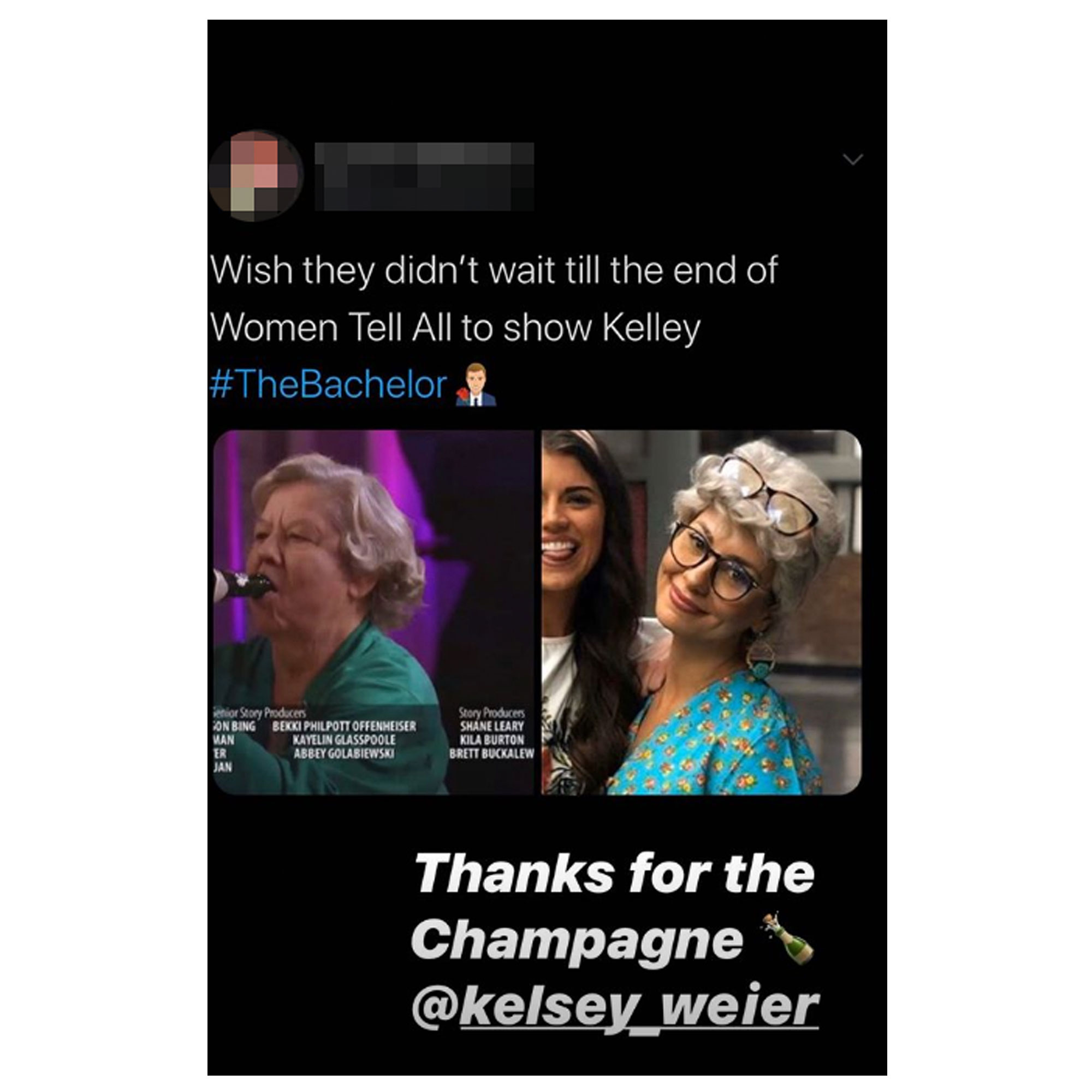 The jokes continued as Kelley shared a clip from a previous Bachelor episode of herself throwing her hands up in the air in disbelief. “How things go after you get the grandma role,” she wrote with a laughing emoji.

Despite her absence from the reunion, Kelley showed her former competitors love, reposting photos from a night out with the women of season 24. “We may not have gotten the man but we have one another,” Bachelor hopeful Alayah Benavidez captioned a series of photos of all the contestants together. 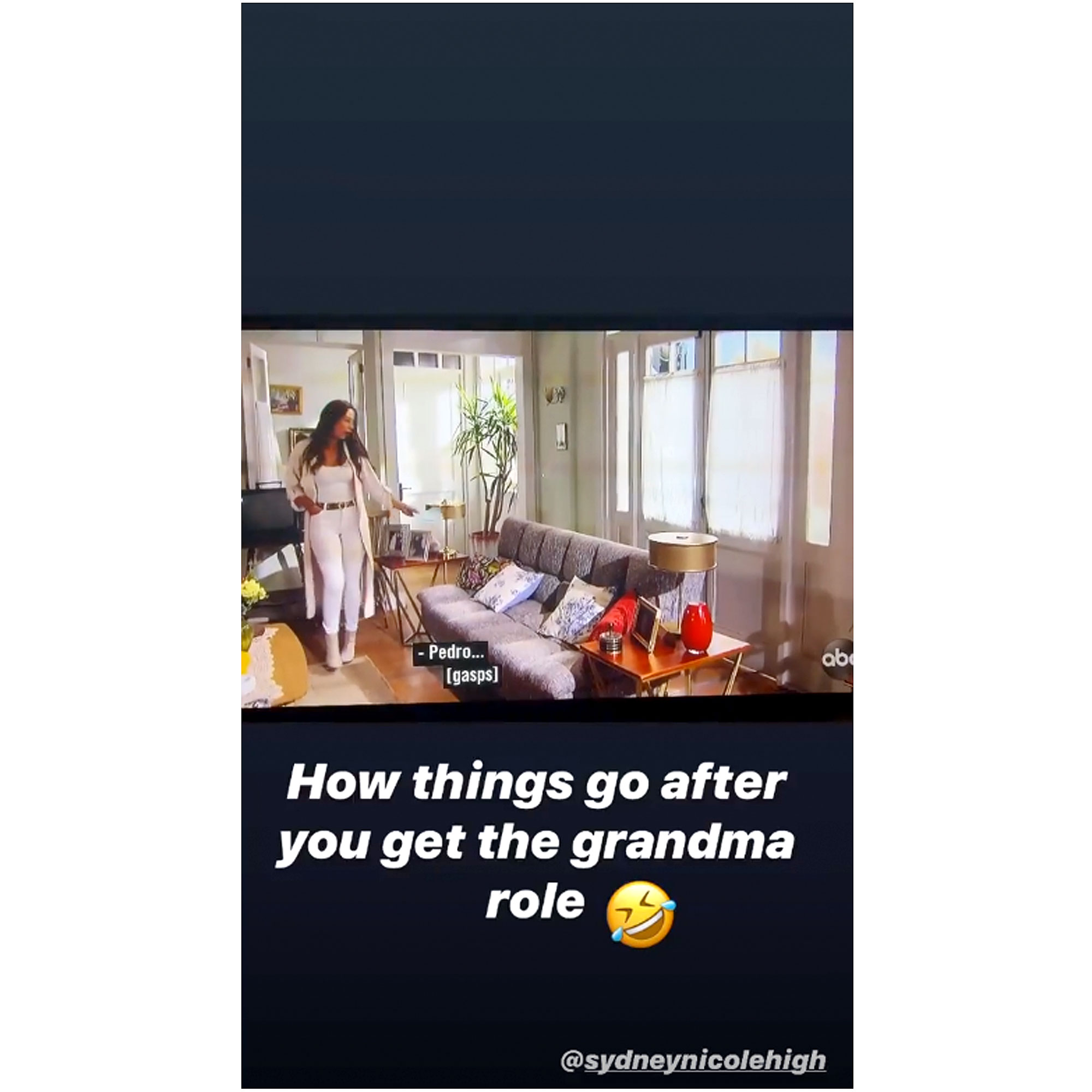 At the beginning of the season, Kelley was labeled as a frontrunner because she had met Peter before filming for the season began. Following her elimination on the February 10 episode, Kelley took heat from fans and fellow Bachelor Nation members for her seemingly controversial comments about the other women’s jobs. Fans also caught the attorney “liking” negative tweets about Peter, who she previously called out for “rewarding the drama” throughout his season.

The former reality TV personality later clarified her feelings about the California native during a Q&A on Instagram in February, calling Peter an “amazing guy” and joking about her love life.

“I guess I’m still looking for that strong WiFi connection,” Kelley teased at the time.