What are all these random numbers on my Netflix homepage all of a sudden? Three exciting words: daily program rankings. After years of obnoxious secrecy, the streaming giant is finally giving viewers a peek into which of their shows and movies people are watching most – in the form of a daily top 10 list. 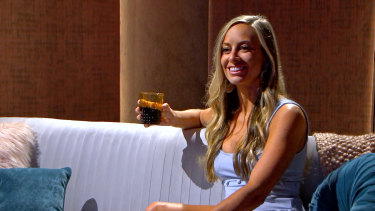 Interesting. Why now?  Fear, probably. The streaming service, which uses an algorithm to offer content to users based on their viewing history, has faced criticism that it's still difficult to browse and find relevant shows. The daily top 10 list means their "zeitgeist" shows won't just be lost in the site's nether-menus. Do you want to hear the company's director of product innovation Cameron Johnson explain it?

No I'm fine, really… "When you watch a great movie or TV show, you share it with family and friends, or talk about it at work, so other people can enjoy it too," said Johnson on Netflix's company blog. "We hope these top 10 lists will help create more of these shared moments, while also helping us all find something to watch more quickly and easily."

I can't see any ratings figures. How do we know Netflix isn't just craftily curating their "most-viewed" list so we're swayed to watch whatever teen rom-com they want to push next? We don't. Without any actual viewership numbers we just have to take their word for it. Still, besides drip-feeding us tweets that, say, "76 million member accounts" streamed The Witcher, this is about as transparent as Netflix has been about who's watching what on the platform.

That's suspicious. Yes, and Beyonce's Illuminati, can we move on? 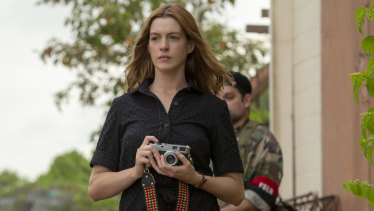 Anne Hathaway in The Last Thing He Wanted.Credit:Netflix

So what's topping the rankings right now? The US reality dating series Love Is Blind, where strangers fall in love sight unseen, get engaged, go on a honeymoon and move in together, before ultimately deciding whether they'll get married. Needless to say, it's by the same executive producer who brought Married at First Sight to Americans almost 10 seasons ago.

That's depressing. Or it shows that we have a healthy response to goofy TV formats hilariously playing with the supposed sanctity of marriage?

Sure, or that. You think you're better than me? It's a fun show. Google "Love Is Blind Jessica's baby-voice and public drunkenness" and enjoy the oddest TV highlights of the year.

What else are we watching? The supernatural kids' series Locke & Key; the British thriller The Stranger, based on Harlan Coben's bestselling novel; Pup Academy, a kids' show about teleporting dogs; and repeats of sitcom Brooklyn Nine-Nine. 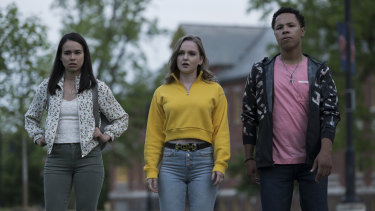 We sure watch some nonsense, don't we? Wait till you hear about the top ranking movies. In the top spot is Skyscraper, a Die Hard-y action-thriller with Dwayne Johnson; Anne Hathaway and Ben Affleck's The Last Thing He Wanted, a political-thriller based on what must be Joan Didion's least-read novel; To All The Boys: PS I Still Love You, the unnecessary sequel to the original teen rom-com; and, oddly enough, Happy Gilmore.

Happy Gilmore? But it's on TV about twice a week! Why watch it for free when you can pay a monthly fee? I guess that four-picture, $US250 million deal Netflix gave Adam Sandler in 2014 (and re-upped last month for another four films for an undisclosed amount) was money well spent.

These rankings are embarrassing. And I thought Netflix was all about "prestige TV". Look, if you disparage Love Is Blind again I'm going to visit your home and poke you in the neck.

You don't know where I live. I'll look under every bridge.

So according to Netflix we're a nation who loves reality trash, popcorn thrillers, magical dogs and Happy Gilmore? Right now, yes. But tomorrow is a new day, and a new daily ranking. Maybe something more highbrow, like Gwyneth Paltrow's Goop Lab, will top the list.

Don't patronise me. You sound like you could use some "snowga".

Fury in the sauna, Wilder getting 'KO'd' and 20 rounds with Joshua – inside Klitschko's amazing but brutal training camp

'Twilight': Stephenie Meyer on Why Bella Didn't Realize She Fell in Love With Jacob in 'New Moon'

Here's What Happened When Eminem Discovered a Home Intruder

'This Is Us': Producers Just Revealed an Upcoming Beth Episode in Season 5