Bologna blues for local publishers
If Frankfurt is the big commercial book fair, then Bologna is the equivalent when it comes to children’s titles. Australian publishers and rights managers always attend – to buy and to sell. But the postponement of the fair from late March to early May due to the outbreak of coronavirus in Italy will disrupt plans. And, of course, there can be no guarantee that the fair will go ahead on those new dates. 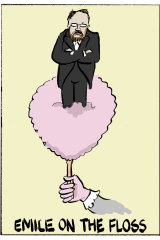 Nerrilee Weir, senior rights manager at Penguin Random House, said the delay was probably the only move possible as various territories had been opting not to travel and cancelling appointments. ‘‘It’s one part in our overall strategy though so we now need to look at how to strengthen all our other efforts if we can’t meet with the international markets face-to-face,’’ she said. ‘‘For us, it’s a case of jumping on the phone and emails, organising international Skype calls and continuing to do our jobs and represent our authors.’’

Berbay managing director Alexandra Yatomi-Clarke said a small publisher such as hers needed international markets: Bologna was essential and was the only fair specialising in children’s books other than Shanghai, which is not scheduled until November. Licensing rights account for 40 per cent of Berbay’s revenue and Yatomi-Clarke said if Bologna didn’t go ahead she would probabably have to head for the US and pitch directly to publishers: ‘‘Email is not the same; it’s all about relationships.’’ She also pointed to the impact of the coronavirus on printing in China. ‘‘So many illustrated books are printed there as many publishers can’t afford local printing.’’

Eva Mills, children's book publisher at Allen & Unwin, said the company was seeing significant impact on its supply chains as a result of the virus in China.

She said there were plans for two staff to go to Bologna because it was ‘‘a valuable opportunity to trade at an international level …  While we applaud the measures the fair organisers have taken to help contain the spread of the virus, the A&U children’s publishing team will be sorely disappointed if we are ultimately unable to go.’’

Maree Coote, two of whose Melbournestyle Books, were to be included in a special non-fiction illustrated books exhibition at Bologna, said as a indipendent publisher it was hard to get recognition in the small Australian market. ‘‘I decided to take myself into the international market. We’ve been getting recognition in the US, Europe and South Korea. I hope I can bring some of that recognition back home.’’

Light on the new Mantel
Hilary Mantel’s much anticipated third instalment of her Booker-winning novels about Thomas Cromwell, The Mirror & the Light, has been heavily embargoed by its publisher – shades of the Harry Potter books. 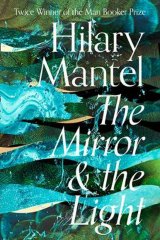 That hasn’t stopped early reviews creeping out, particularly in Britain. Writing in The Guardian earlier this week, Alexandra Harris said the book ‘‘continues, deepens, and revises its forebears, negotiating with its past as does Cromwell with his’’ and is ‘‘startlingly fresh in every moment’’. Describing the novel as ‘‘among the most penetrating studies of professional friendship’’, she concluded ‘‘this is a masterpiece that will keep yielding its riches, changing as its readers change, going forward with us into the future’’.

In London’s Evening Standard, Melanie McDonagh said it matched the previous volumes, Wolf Hall and Bring Up the Bodies, and Johanna Thomas-Corr said in The Times such was the quality of the three novels that they made ‘‘99 per cent of contemporary literary fiction feel utterly pale and bloodless by comparison’’. The Daily Mail reviewer suggested that ‘‘it’s perhaps a sign that Mantel is editorially untouchable [more shades of Harry Potter] that the new instalment approaches the length of the two previous doorstoppers put together’’.

In Prospect magazine, Freya Thomas also sounded a negative note about the book’s length. ‘‘Unlike another superlatively accomplished historical novelist, Penelope Fitzgerald, Mantel elects to govern an enormous cast, assuming a high level of involvement by her readers and spinning out her stories beyond the remit of what might reasonably be expected to engage anyone … This kind of writing is wearying, in the way that Walter Scott can be wearying, which isn’t to say that it’s not impressive.’’ You can start to judge for yourself on March 5, when The Mirror & the Light is published by Fourth Estate.

A difference of opinion
Talking of reviews, in the space of five days this week The New York Times ran two assessments of Colum McCann’s new novel, Apeirogon, which is about the relationship between a Palestinian Muslim and Israeli Jew, both fathers of girls killed violently.

On Sunday Dwight Garner tore it apart, saying ‘‘it is so solemn, so certain of its own goodness and moral value that it tips almost instantly over into camp, into corn. It’s as if the author were gunning for the Paolo Coelho Chair in Maudin Schlock.’’ Days later came Julie Orriger, who said McCann’s ‘‘brilliant act of novel-making builds a wholly believable and infinitely faceted reality’’ and called it an ‘‘exceedingly important’’ novel. ‘‘It does far more than make an argument for peace; it is, itself, an agent for change.’’ Apeirogon was published this week. Your turn now.

Who is Alexei Navalny and who 'poisoned' him?

How to keep your baby cool in hot weather