WHEN Emi Martinez compared Jack Grealish to Lionel Messi this week, you wondered if the Argentine stopper had been on the Malbec.

There was certainly no vintage display here from Villa’s captain to back up his pal’s outlandish claim. 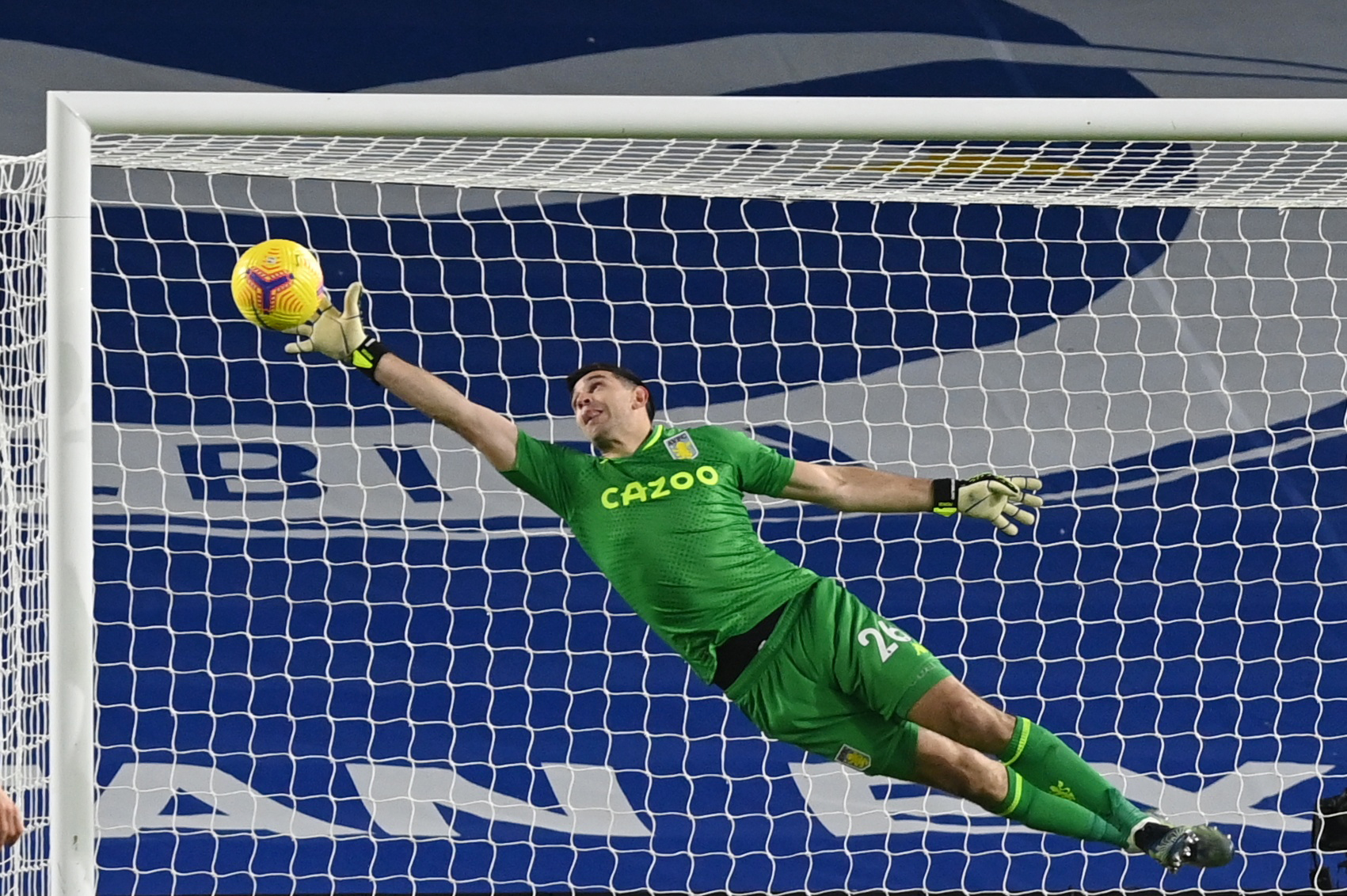 Just a stalemate graced by a few corking Martinez saves on a sub-zero night where a stiff drink would have been welcome to warm the cockles.

To say eyebrows were raised when Martinez revealed how highly he rated Grealish in a radio interview on Friday would be a huge understatement.

Sure, England’s new darling has had a terrific campaign.

But likening him to the greatest player of all time? Steady on, Emi.

Martinez did make one undeniably valid point though, questioning how Grealish does not have more caps for his country than his paltry five to date.

The same could be said for Martinez himself, who amazingly is yet to earn a senior call-up.

That may have been understandable over most of the last decade when the perennial loanee played understudy to whoever was No1 at Arsenal.

But in the last year he was pivotal in the Gunners lifting the FA Cup and then has been arguably the goalie of the season having joined Villa for £20million. 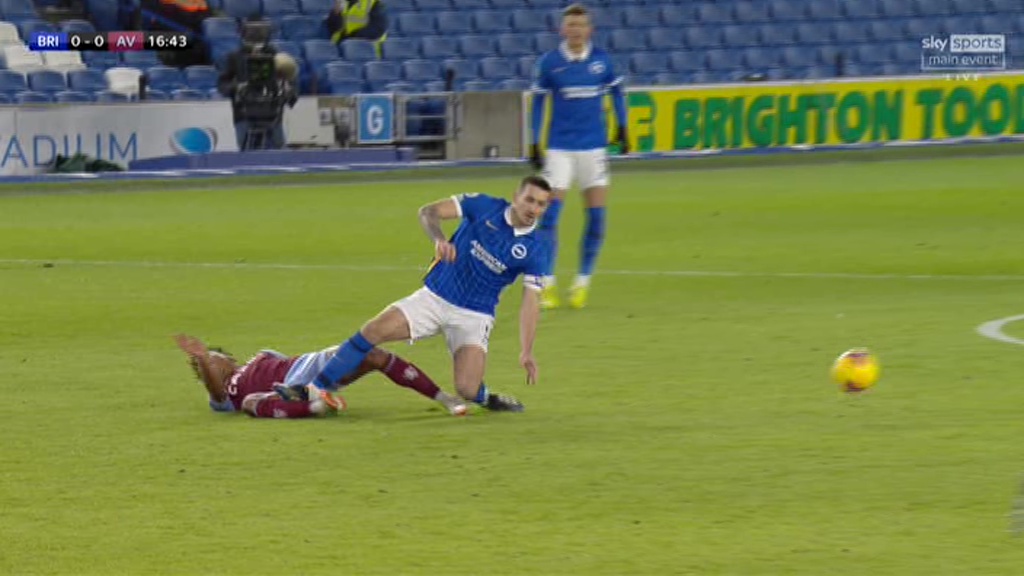 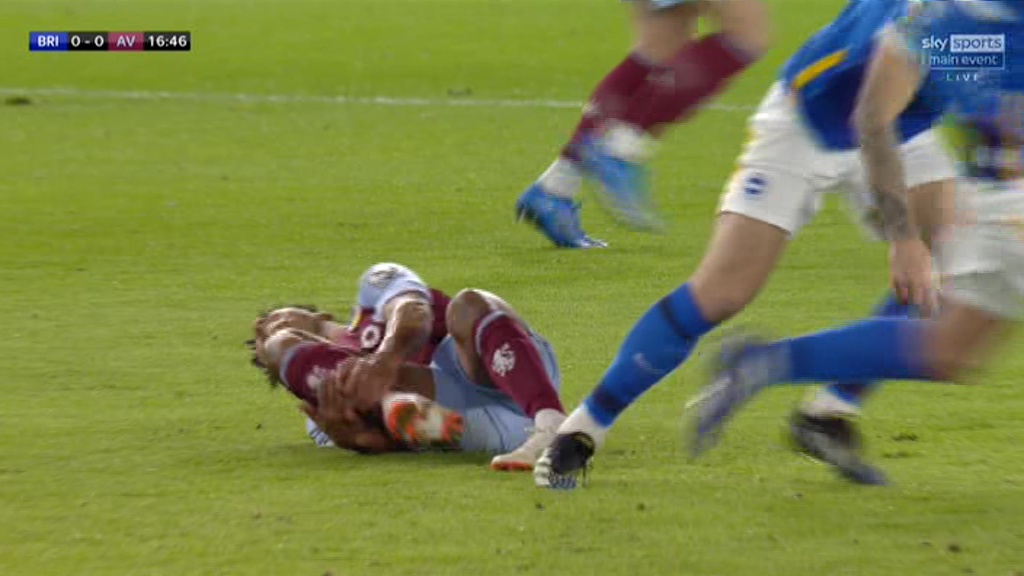 Surely by now Argentina would have seen fit to hand him at least one cap, given they are not exactly blessed with world-class talent between the sticks.

Martinez was the main reason the visitors did not fall behind in a first half Brighton dominated.

He made two excellent stops towards half-time, flicking over Leandro Trossard’s blast and turning Dan Burn’s header wide with an inspired, diving stop.

Graham Potter’s improving Albion fluffed other decent chances too, with Alexis Mac Allister heading over early on from a pinpoint Joel Veltman cross.

Veltman, filling in impressively again for the injured Tariq Lamptey, also drew a solid stop from Martinez with a low drive.

As for Grealish, he did not get anywhere close in the first period to living up to Martinez’s lofty comparison – and against his favourite opposition.

The playmaker had scored four goals against Brighton throughout his career, including a late stunner in last term’s 1-1 draw at the Amex.

He had not managed more against any other side but on Saturday, the most he got for his troubles were a few kicks and a yellow card for a cynical tug-back on Veltman. 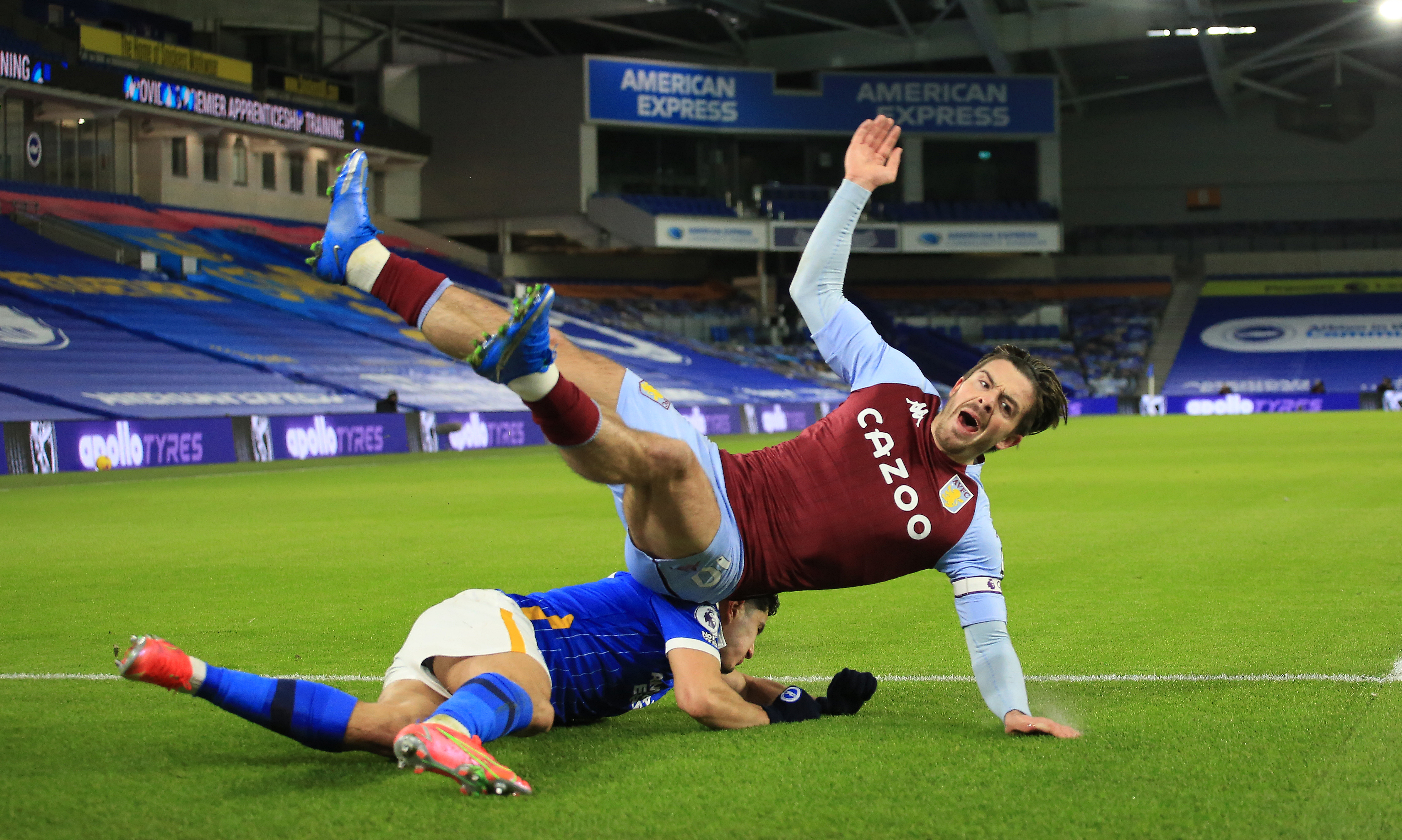 Smith even ordered his talisman to switch wings with Bertrand Traore at one point, but Grealish fared no better.

Villa may have bagged Martinez in the summer but there was definite interest from Brighton with Potter a big fan.

It seemed strange at the time but now not so much given how Maty Ryan has been bombed out, ironically to fill Martinez’s boots as back-up keeper at the Emirates.

Potter has instead turned to relative rookie Rob Sanchez, who was finally called into action early in the second period to hold Ross Barkley’s drive.

It was a routine stop but Martinez’s certainly was not seconds later as he instinctively repelled a deflected Mac Allister effort.

Brighton’s tails were up after a fine run of five Premier League games without defeat, including wins over Leeds, Tottenham and Liverpool.

They pressed for an opener as Trossard drilled into the side netting on the hour.

Veltman thought he had it as he concluded a flowing move by curling the ball toward the far corner with his weaker left foot – but again Martinez saved Villa with a flying stop.

Villa threw on January signing Morgan Sanson in the final 15.

The Frenchman showed some neat dribbling skills to hint at exciting things to come from him in claret and blue.

Yet he could not inspire a breakthrough as both sides became more concerned with not losing the game than trying to win it.

Sub Danny Welbeck could have nicked it with his first touch but could not beat Martinez, whose actions spoke louder than his words.

Your Horoscope for the Week Ahead

Nominees for BBC's Sports Personality of the Year 2020 announced

Every Netflix Show Cancelled in 2020 (So Far)

Here's What 'The Incredible Dr. Pol' Is Most Thankful for in 2020

Corbyn tried to get peerages for John Bercow and Tom Watson