Britain’s buried treasures: Remarkably, some of our most exquisite works of art are tucked away in tiny village churches

BOOK OF THE WEEK

THE MOTHER OF BEAUTY

We English have a world-class literature, it is often said, with Dickens and Shakespeare, but we’re not so good on art and music.

If it’s great symphonies you want, you have to turn to Germany and Austria; for painting and sculpture, Italy or France.

But Nigel Andrew shows us that in fact we are absolutely surrounded by an astonishing richness of great art, we just don’t see it — perhaps because it’s such a part of our landscape, unassuming, local and often anonymous.

England’s greatest works of art are her parish churches, often dating back to medieval times, and without compare in any other country. 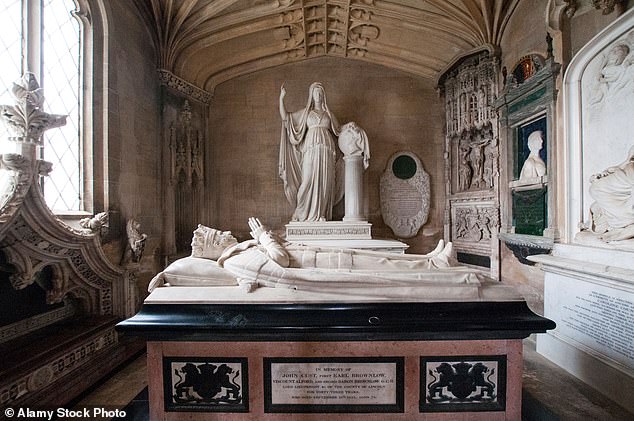 Nigel Andrew shows us that in fact we are absolutely surrounded by an astonishing richness of great art, we just don’t see it. Pictured: Tomb inside of St Peter and St Paul in the Kentish village of Lynsted

What’s more, these ancient places of Christian worship contain more beautiful works, which again go barely noticed: church monuments and decorated tombs are our ‘most easily overlooked national treasures’, often created by someone who may have thought of himself as a craftsman rather than an artist, a stonemason rather than a sculptor.

For the author of The Mother Of Beauty, the Golden Age of these monuments was the 17th century, when England was at its most brilliant and in some ways its most stressed: solemn, passionate, riven by civil war and divided by profound questions of religious belief.

Such things certainly concentrate the mind, and it shows in the high seriousness and grace of those monuments which Andrew has assiduously hunted down, in some of the most remote corners of the country, in Northamptonshire or Staffordshire or ‘down a long lane in the county of Lincs’, as John Betjeman so musically put it.

Andrew’s own black-and-white photos delicately capture the haunting sincerity of these memorials to the dead. 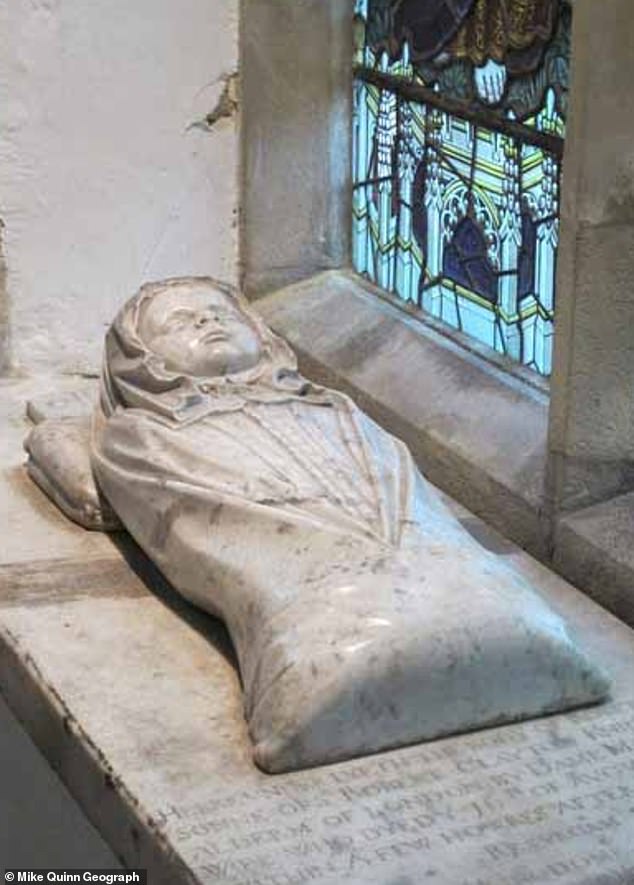 In a window in the chancel of old St Giles’ Church lies a wrapped-up baby in alabaster, ‘beautifully and tenderly carved’

‘There is such potency in the atmosphere of these lost corners of England,’ he writes, ‘a dream-like atmosphere, compounded of centuries of slow time, of work done, lives lived, prayers prayed, everyday goodness and buried shame.’

One of the greatest artists he discovers went by the splendid name of Epiphanius Evesham.

A masterpiece of his last years — around the 1620s — is to be found in the church of St Peter and St Paul in the Kentish village of Lynsted: a monument to the second Lord Teynham. Life-sized stone effigies of his lordship and his grieving widow beside him are stunningly realistic and powerful.

Suddenly an obscure peer from the reign of James I becomes human again, as does the deep grief of his family. His seven children are also depicted with poignant realism in the two alabaster panels below. 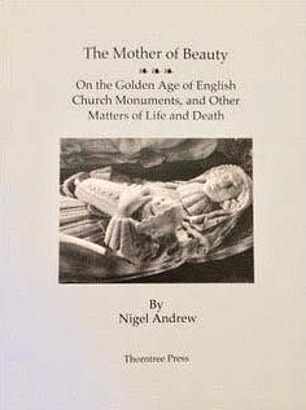 An equally brilliant but more unsettling monument by Evesham can be found in the Essex village of Felsted, in Holy Cross Church.

This memorialises the Elizabethan Sir Richard Rich — an ‘unscrupulous and vicious operator’ in the Tudor court, a thug whose machinations brought him titles and great wealth.

His cruelty led him to participate in the torture of a poor early Protestant martyr, Anne Askew, in the Tower of London.

Rich himself turned the wheel of the rack until her shoulders were pulled from their sockets and her knees were dislocated, leaving her so crippled she had to be carried to the stake to be burned alive.

Rich, meanwhile, made a fortune out of destroying the monasteries, and served as Speaker of the House of Commons. Well might Anne Askew have cried out, in the words of Jeremiah: ‘Why does the way of the wicked prosper?’

How on earth was Epiphanius Evesham to commemorate such a monster, some 40 years after his death, without getting into trouble?

His effigy of Rich, says Andrew, depicts him as a superficially powerful and ambitious man, but the longer you look, the more unpleasant and grasping he seems. Almost, you think, like a soul in torment…

From mourning families to grim power politics, our finest English church monuments express it all.

There are figures of the dead depicted as skeletons, or later in the 18th century as plump, pompous, self-satisfied aristos in Roman togas, looking for all the world like they confidently expect to be living just as agreeable and well-upholstered a life in the hereafter as they have down below. Was the sculptor being slightly satirical at their expense?

‘Most deeply affecting,’ says Andrew, are the child monuments — remembering that before very recent times, practically every parent would have known what it was to lose a child.

Simple and sublime, there is the tiny monument to one Richard Clayton, to be found, of all places, in the unlovely suburban sprawl of Ickenham, ‘in Middlesex (or the London Borough of Hillingdon, if you must)’.

In a window in the chancel of old St Giles’ Church lies a wrapped-up baby in alabaster, ‘beautifully and tenderly carved’.

The inscription tells us he was the baby son of Sir Robert Clayton and his wife Martha, ‘who dyed ye 16 August, 1665, within a few howres after his birth’. Though so little known, it is one of the most poignant works of art in England.

Evocatively melancholy at times, The Mother Of Beauty is never remotely depressing. There is far too much delighted discovery of forgotten places, too much artistic talent and simple human love here for that.

It’s a wonderful book in every way; perfect for anyone interested in churches, in the lost corners of England, or in meditating on mortality. The title comes from the poet Wallace Stevens: ‘Death is the mother of beauty.’

Only the perishable can be beautiful, which is why we are unmoved by artificial flowers.

Who is Made In Chelsea star Tristan Phipps and who is he dating? Here’s everything you need to know

Coronavirus: Dr Hilary discusses emergency meeting and what we can do in the meantime