The start of Cobra Kai season 4 featured Kenny, a brand-new character, being mercilessly bullied by Anthony LaRusso and his friends. Kenny took matters into his own hands and became a student of Cobra Kai. Over the course of the fourth season of the Netflix series, Kenny transformed before our eyes. He’s no longer defenseless. He’s a fighter and full of rage.

Dallas Dupree Young spoke EXCLUSIVELY with HollywoodLife about Kenny’s massive transformation. He weighed in on that huge Kreese twist at the end of the season and how Kenny may react to being led by Silver. He also admitted that Miyagi-do is actually the best place for Kenny and teased the upcoming fifth season. Read our Q&A below: 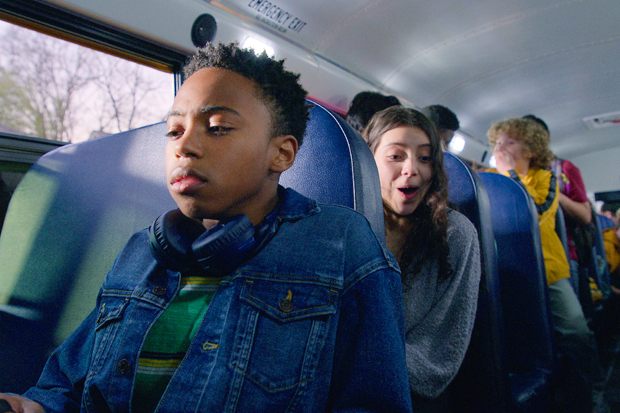 At the very end of the season, Silver gets the upper hand with Kreese, and now Kreese has been arrested. I feel like this is probably going to change things for Cobra Kai. How do you think Kenny may handle being solely under Silver’s leadership versus Kreese?
Dallas Dupree Young: I guess I can say the dynamic will definitely change around that Cobra Kai environment because not having Kreese there is something people would never expect because he is the real founder of Cobra Kai. But I honestly think that even with Kreese gone, Kenny’s still going to keep trying to elevate, to get better under Silver’s guidance because that’s going to be his new prodigy. I don’t think he’ll think too much about Kreese’s absence, but once Kreese comes back — if he does, of course — it’s going to be good having both of the senseis have dealt with the teachings as well. 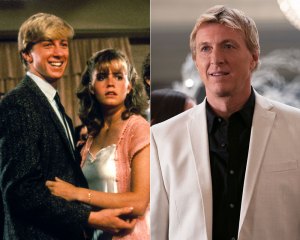 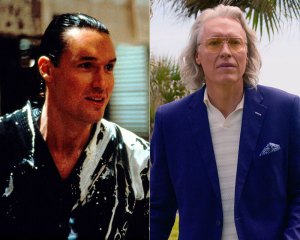 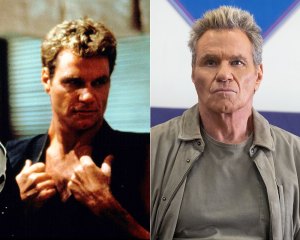 In the finale, we see where Kenny goes after Anthony. Robby comes in at the last second and tells Kenny that this is not what he taught him. Do you think Kenny is capable or would want to ultimately defy Robby?
Dallas Dupree Young: I’m going to be honest. I think that’s Kenny’s mindset at the moment, at least ending season 4 because, I mean, you saw the way Kenny looked at Robby at the end. I think my line was, “It’s Cobra Kai. No mercy.” He is so brainwashed at this point. At this moment, he’s so angry and upset that Robby has completely just disregarded their relationship after that fight and disrespected him on the mat, and also embarrassed him. He has those emotions right now where he is capable of anything. He is just completely angry and just sad over what Robby has done.

At the beginning of the season, Kenny is cruelly bullied by Anthony and his friends. Over the course of season 4, we get to see Kenny have a lot more confidence with Cobra Kai. But he kept on getting angrier… it’s not like Cobra Kai has helped him deal with being bullied emotionally. Why do you feel like Kenny’s rage just keeps increasing?
Dallas Dupree Young: I think the rage keeps increasing with Kenny because of the tough home life that he has to go through every single day. He doesn’t have that role model. His only role model is Robby, so I believe his anger just keeps growing because he has nobody. He feels that he’s alone, so he uses his anger for the worst and tries to take it out on everybody else. And that’s not how you’re supposed to go about your business. That’s not what you’re supposed to do in life. Kenny is still trying to figure out his way because he’s young, and he doesn’t really know the karate way and how to handle his business just yet. But he needs that role model to direct him into the correct path. Rage just keeps growing because he feels like everybody is not on his side, and that’s a problem for him. 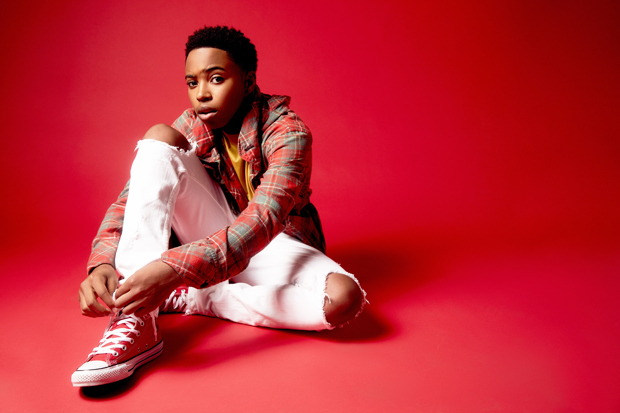 There’s that locker room scene between Kenny and Anthony. Kenny tells Anthony to get ready for high school because it’s going to be a whole different ballgame. I’m guessing Kenny’s not done with him yet…
Dallas Dupree Young: No, I think right with that. Honestly, the ending of that episode for Kenny was huge. That was monumental right there because that just foreshadows the upcoming season that will be coming out. He’s starting to spiral out and go down this dark path. It was really incredible filming that scene with Griffin just because we came up with so many creative ideas just to make it more special and more exciting for the fans. It’s going to be interesting to see where Kenny goes after that real big line right there.

Earlier in the season, there were a few moments between Kenny and Hawk. I talked to Jacob about this and he views the Kenny-Hawk relationship as a little bit of tough love. Give me your take on this situation because I feel like these two have a lot of similarities.
Dallas Dupree Young: I actually like that take by Jacob. It is tough love. And of course, Kenny doesn’t really know it yet. He hates anybody who gets in his path, and now Hawk is in his way. At that moment, I think that was episode 4, he wasn’t really the strong and competent guy just yet. So he didn’t know how to react to Hawk. I really like the tough love take. So what’s going to happen in future seasons? You never know what could happen between the characters, but they do actually have some similarities. They came up exactly the same way. Of course with different storylines, but I like that take.

There are pros and cons to each of the methods of karate. Do you think Cobra Kai is the right way for Kenny? Or do you think Miyagi-do or even Eagle Fang might be a better fit for him ultimately?
Dallas Dupree Young: Where Kenny is right now with his headspace, I’m going to have to go with Miyagi-do just to learn balance and have the guidance from Daniel LaRusso. I don’t think he really needs Cobra Kai. But for me, I would love to stay in Cobra Kai. So who knows what’s going to happen in the future, but I think the correct answer would have to be Miyagi-do just because of him suddenly becoming an angrier soul. 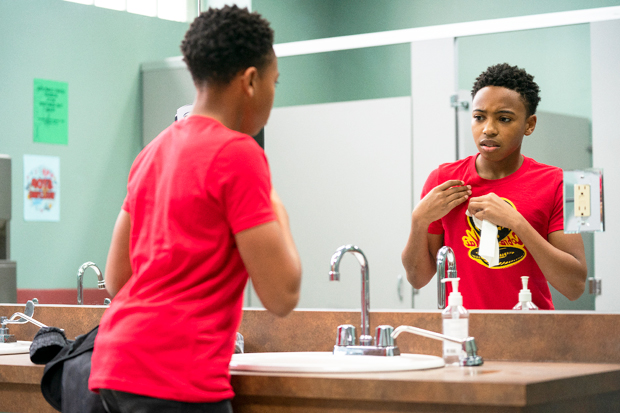 I feel like so many of us have experienced bullying in some form. Growing up, did you identify with Kenny at all with that?
Dallas Dupree Young: Yes, I have undergone a form of bullying in my life when I was younger. People used to always just say mean comments about the color of my skin or how I act, anything like that. But I represent every Kenny who has gone through that, and that’s what I want to bring to my character. Now some of the things that Kenny does, I don’t encourage that. But still, you’ve got to stand up for yourself in some kind of way. I represent a lot of kids who have gone through the same exact thing, and that’s why Cobra Kai is so strong and powerful and meaningful to a lot of other people.

I know you all have been busy filming season 5. Is there anything you can tease about what this new season will be like?
Dallas Dupree Young: Season 5 is pretty much just continuing off of season 4, and you’ll see my character keep growing and the storyline gets better and the arc just gets stronger with each and every episode. People are really going to love all the performances that everybody has put into it.

Kim Kardashian West Says She Misses Her Sisters Amid Quarantine