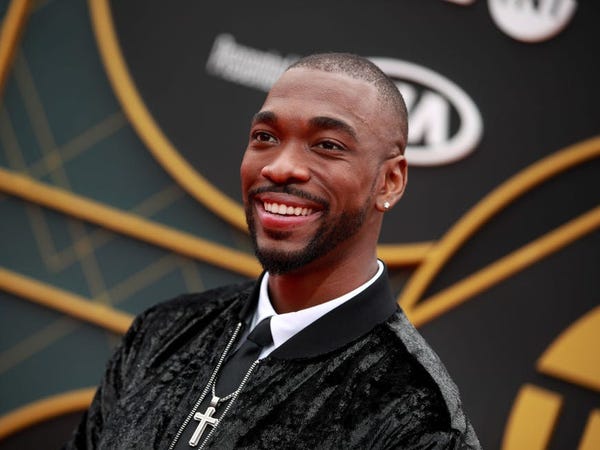 Jay Pharoah, the comedian, actor, and former "Saturday Night Live" cast member, said in a recent interview that he coined the moniker "Karen," which has become a hugely popular meme used to criticize white women who are perceived as acting in racist or inappropriate ways in public.

In an interview published Friday, PeopleTV's Lola Ogunnaike referenced Pharoah's 2015 comedy special, "Can I Be Me?" in which the comedian used the name Karen to describe an annoying white woman. "It's always a Karen," Pharoah said in the bit.

"I'm the one who started, 'There's always a white woman named Karen,'" Pharoah, who is known for his impressions, told Ogunnaike in the interview. "You can ask any of my friends. For years, I did that joke."

Upon seeing the "memes" about Karens — which blew up last spring after a series of viral videos depicted white women calling the police on Black people with no real reason, like "Central Park Karen" Amy Cooper — Pharoah joked that he had his idea stolen. The comedian's use of the term in 2015 does line up with what it has come to mean.

Pharoah added that "unbeknownst" to him at the time of the special, though, others had been using the moniker similarly, including Dane Cook, whose use of the name in a 2005 special has been widely credited as coining the term. "Every group has a Karen, and she is always a bag of d—-e," Cook said in the routine. "And when she's not around, you just look at each other and say, 'God, Karen, she's such a d—-ebag!'"

Matt Schimkowitz, a senior editor at Know Your Meme, an online meme encyclopedia, previously told Insider that "the origins of Karen are kind of really hard to pin down," as the term has ebbed and flowed with varying definitions for more than a decade.

According to Know Your Meme, the "speak to the manager haircut," which largely predated the popularity of the "Karen meme," began circulating online in 2014. The full understanding of "Karen" as a problematic white woman who asks to speak to the manager came to a head online in 2017, and Urban Dictionary defined the term for the first time in March 2018.

Alex Jones husband: Who is The One Show host Alex Jones married to?