CRAIG BROWN: A rock ‘n’ roll blast from Glasto’s past… 50 years of our favourite festival (part 1)

With the cancellation of this year’s festival, it is a good time to look back at the very first Glastonbury Festival, which was a singularly ramshackle affair, taking place on a single, rather cramped platform, The Coffee-Table Stage.

That first festival was an uneasy mix of old and new. Joint masters of ceremonies were the laconic Radio One disc-jockey John Peel and Leonard Sachs, compere of television’s The Good Old Days. ‘Once again, Goood Eeeeever-ning, Laydeeeeeez and Gentlemeeeeen!’ bellowed Sachs, introducing the first act. ‘Now please welcome the prestidigitational, plenitudinous, the positively plumacious — The Groundhogs!’

Sadly, the headline act, the hippy band Hawkwind, had been inconvenienced when their camper van broke down on the outskirts of Bridgewater, following an unsuccessful experiment using dandelion extract instead of petrol. 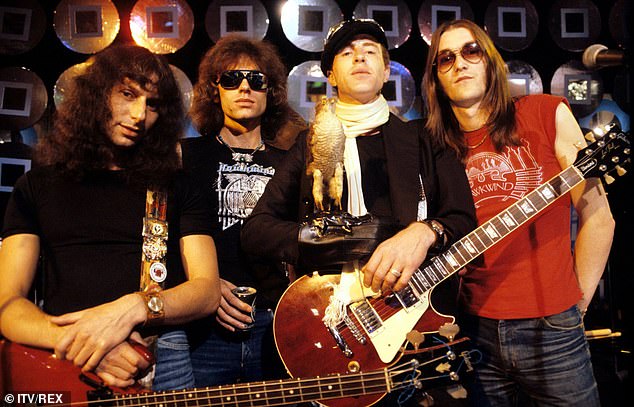 Hippy band Hawkwind, had been inconvenienced when their camper van broke down on the outskirts of Bridgewater

The weather proved a disappointment, though, with Britain’s first recorded Force 10 whirlwind sweeping through the festival just as that year’s headliners, Unopened Wardrobe, were launching into their first track.

The band finished their set in a tree on the other side of the Bristol Channel, in South Wales. ‘Luckily, I didn’t notice,’ recalls lead vocalist Steve Toppins, ‘as I always sing with my eyes closed.’

This year saw the debut of the world-famous Pyramid Stage. ‘The design required quite a bit of fine-tuning,’ recalls festival organiser Michael Eavis. ‘Unfortunately, Mama Cass didn’t take too kindly to being sat right up there on the pointy bit, even though the view must have been breathtaking.’ 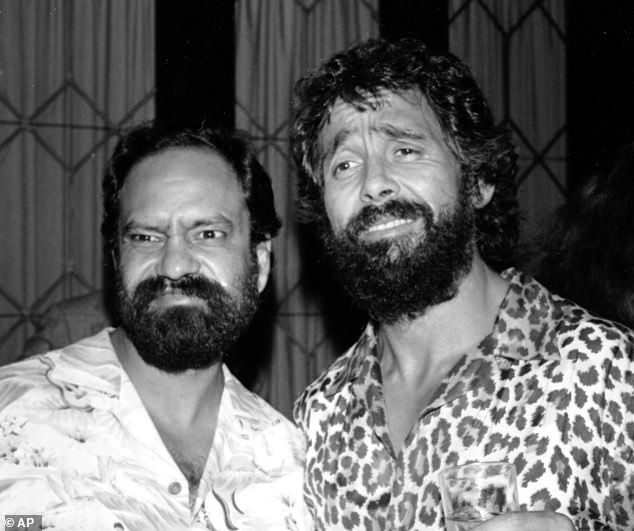 Recognising the festival’s popularity among the all-important youth demographic, politicians of every hue were beginning to make the journey to Glastonbury.

Clad in a kaftan and carrying a pair of handbells, he was brought down by a rugby tackle from 22st Bob ‘The Bear’ Hite, lead singer with American rockers Canned Heat.

‘It was most impertinent and objectionable behaviour,’ Hailsham recalled in his autobiography, Prime Minister In All But Name. ‘The man clearly had no idea that he was dealing with someone who had played handbells with George Formby, when he debuted at the Isle of Man Festival in 1950 — but, then again, these American long-hairs have little or no sense of history.’ 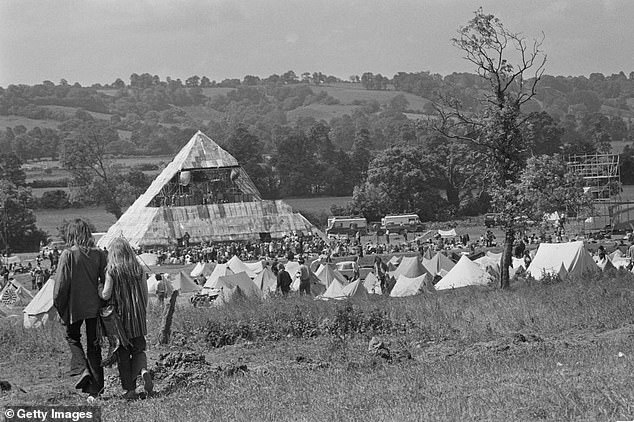 A view of Glastonbury Fair music festival, the first to use a pyramid stage in 1971

Later in the day, Labour Shadow Foreign Secretary James Callaghan ventured on stage unannounced during a set by folk singer Buffy Sainte-Marie, and attempted to duet on her hit song Soldier Blue.

However, his disguise was uncovered when his Native American headdress was forcibly removed by wandering minstrel Donovan.

At this point, Callaghan found himself subjected to a prolonged outburst of booing from the 250-strong crowd.

More from Craig Brown for the Daily Mail…

It was to be 44 years before another politician managed to inspire enthusiasm at Glastonbury.

In 2017, Labour leader Jeremy Corbyn was greeted with rapturous applause as he took to the Pyramid Stage.

However, some felt his subsequent full-throated rendition of The Red Flag to the tune of Macarthur Park, accompanying himself on kazoo, betrayed political misjudgment. Sadly, this year’s planned performance of Stairway To Heaven by Labour leader Keir Starmer has been cancelled as a result of the current pandemic.

Torrential rain transformed the 100-acre site into a mudbath.

Nearly 50 years on, archaeologists are still dredging up artefacts from that momentous year.

Last month, a team from Dundee University armed with picks and shovels dug up an object caked in a ball of ancient mud.

Subsequent laboratory tests suggest that it was once a purple and orange tie-dye Make Love Not War T-shirt.

‘This suggests purple and orange tie-dye “Make Love Not War” T-shirts may have been introduced to Glastonbury society a full year before previous records suggest,’ says Professor Warner from the GHRI (Glastonbury Historical Research Institute).

Other mud-encrusted discoveries in recent years include a bunch of gladioli believed to have once belonged to Morrissey, and a skeleton with a tambourine, thought to have been a percussionist with Hawkwind.

Eugenie's baby boy will not be given royal title