DEFINITLY Red geared up for his tilt at the Grand National with a bloodless success at Kelso.

Brian Ellison's stable star, who was forced to miss last year's Aintree showpiece through injury, was in a league of his own in the Premier Chase. 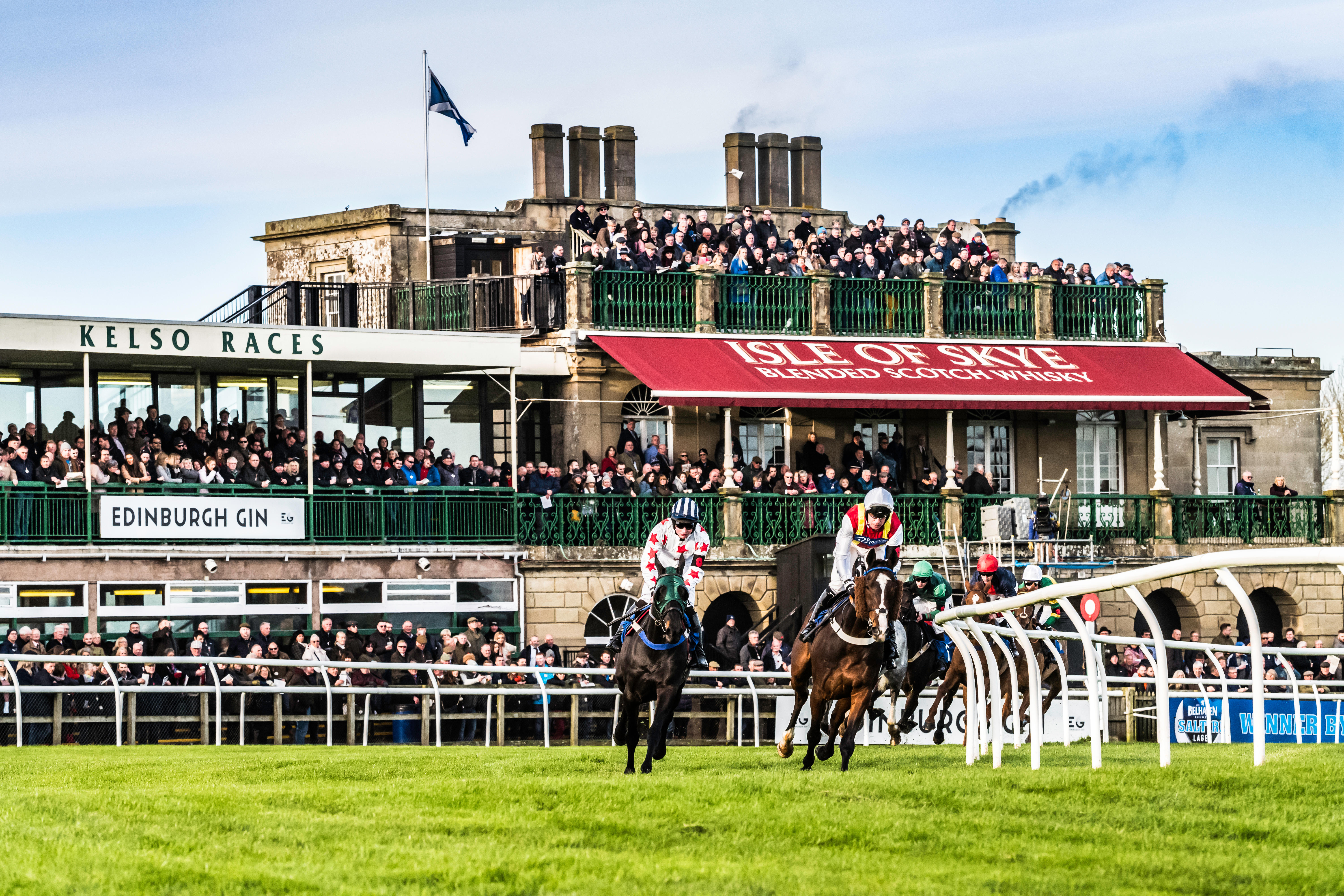 He raced in snatches during the 3m contest under Danny Cook, who was nudging along from a fair way out.

Kauto Riko briefly threatened to play a part, but turning into the straight Definitly Red's stamina kicked in and he galloped home relentlessly to win by 14 lengths.

The bookies were suitably impressed, with Ladbrokes trimming him to 14-1 from 20-1 for the National.

And so was his regular rider, who said the horse wasn't helped by the fences in the straight being dolled off because of the low sun.

Cook said: "He wasn't in love with the ground today. The fences being taken out in the home straight didn't help because he was having a good look around.

"That will put him spot on for Aintree, it was a good stepping stone. He had plenty left in the tank, he is an honest horse and he has been brilliant for all of us.

"You'd like to think he can be nice and competitive in the National off 156."

Earlier on the card, Brian Hughes hit back in the jockeys’ title-race aboard the progressive Clondaw Caitlin in the Grade 2 Premier Novices' Hurdle.

Hughes has seen his lead whittled away by Richard Johnson since the champ's return to action.

But he looked confident throughout as Ruth Jefferson's mare cruised into contention and stayed on powerfully to secure a fourth straight win, readily making use of her 7lb sex allowance.

Hughes, whose lead in the championship stands at 19, said: “It was Ruth’s decision to come here and it was a bold one, but its paid off.

“She’s won a couple of mares races and a bumper owned by family and friends of my wife so it’s very kind to let me on her.

“She was second in a point-to-point and she did well in a bumper at Aintree looking like a stayer and then she’s won a bumper and won twice over two and a half so staying was never going to be an issue for her.”

Alberto Grimaldi, Producer of ‘The Good, the Bad and the Ugly’ and ‘Gangs of New York,’ Dies at 95

'Better Call Saul': Will Kim's Diss Against the Salamanca's Operation Result In Her Death?