Dementia is the name given to a group of symptoms linked to an ongoing decline in brain function. You could be at risk of the neurodegenerative condition if you start to develop any of these five common early warning signs.

There are a number of different types of dementia, and the most common in the UK is Alzheimer’s disease.

Making some small lifestyle changes could lower your chances of developing Alzheimer’s in later life.

One of the key warning signs of Alzheimer’s is memory loss. 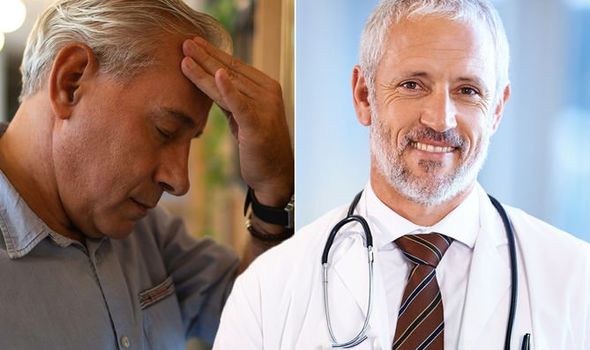 This memory loss may appear very subtle, however, and may not be recognised straight away.

It could include repeating questions that have already been answered, or forgetting the names of common places or people.

Some patients may also take longer to carry out every day tasks that they’ve been doing for a number of years.

Other common early warning signs of dementia include a loss of spontaneity, or increased anxiety.

DON’T MISS
Dementia warning: The sleeping pattern that may put you at higher risk [RESEARCH]
Dementia symptoms: The warning sign when trying to concentrate [STUDY]
Dementia: Increase your intake of this popular fruit to reduce risk [ANALYSIS]

“For most people with Alzheimer’s—those who have the late-onset variety—symptoms first appear in their mid-60s,” said the National Institute on Aging.

“Signs of early-onset Alzheimer’s begin between a person’s 30s and mid-60s.

“In mild Alzheimer’s disease, a person may seem to be healthy but has more and more trouble making sense of the world around him or her.

“The realisation that something is wrong often comes gradually to the person and his or her family.” 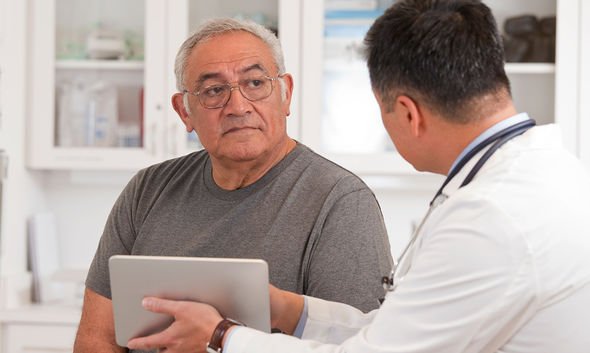 As the condition progresses, the symptoms may appear more noticeable, it added.

The memory loss may lead to episodes of confusion, or a difficulty organising thoughts.

You should speak to a doctor if you’re worried that you, or someone you know, may be having early signs of dementia.

There’s no certain way to prevent dementia from developing, but there are ways to lower your risk, said the NHS.

Eating a healthy, balanced diet should help to lower your chances of developing dementia.

It’s also important to do enough exercise. Everyone should aim to do at least 150 minutes of moderate-intensity activity every week.

There are around 850,000 people in the UK with dementia, and the condition affects one in every six people over 80 years old.

This Hairstylist Created The #BlackEffectChallenge To Honor Natural Hairstyles

Amazon’s Secret Music Merch Shop Has 4,000+ Band and Musician T-Shirts That Start at $15