The US-born inventor, from Milan, Ohio, is credited as one of history’s leading businessmen and innovators. Aside from the incandescent light bulb, he created the first device that could record sound and was the first to project a motion picture. These life-changing creations may have been slower to come to market – or maybe even lost to history – had he died in his early 30s. In this unearthed account, he detailed how he nearly lost his life in a very unpredictable way.

On the podcast ‘No Such Thing as a Fish’, the team revealed that “Thomas Edison was almost killed by a flying badger” in episode 305 – released on January 24.

After befriending engineers on a locomotive, he was allowed to ride at the very front of the train outside of the carriages carriages.

Co-host James Harkin said: “They let him sit on the ‘cowcatcher’ which is the little bit of metal in the front of the train, which kind of knocks things out of the way.”

Fellow podcaster Andrew Hunter Murray added: “If you picture the front of a Knight of the Realm Sir Lancelot helmet, it’s like the bit that sticks out.” 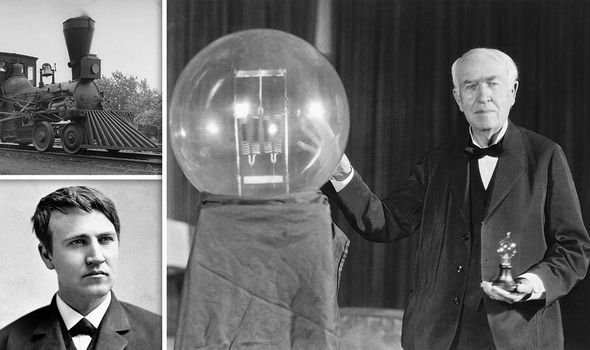 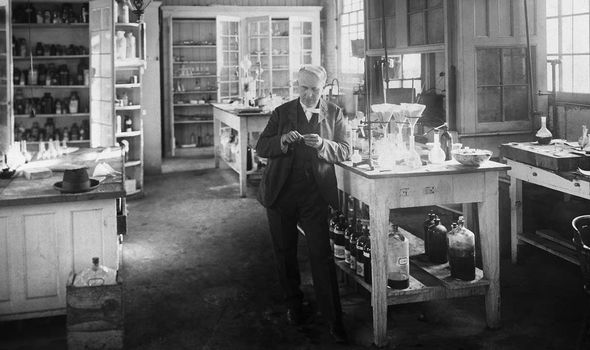 According to the account, Mr Edison was given a “small cushion” while sitting on the cowcatcher and would ride “every day in this manner”.

Mr Harkin continued: “Only once was I in danger, when the locomotive struck an animal about the size of a small cub bear, which I think was a badger.

“This animal struck the front of the locomotive just under the headlight with great violence.”

By this, Mr Edison meant that the creature flew “just past his head” – which could have easily killed him.

JUST IN: Climate change shock: How worms could be answer to planet’s future 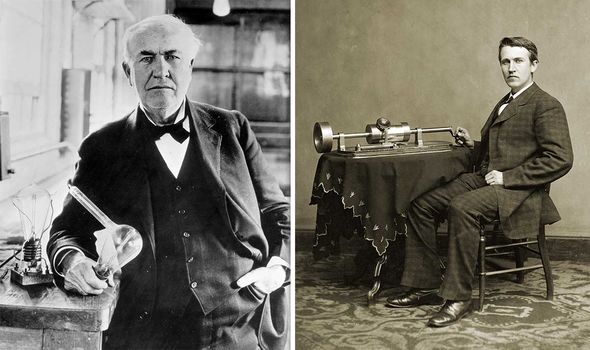 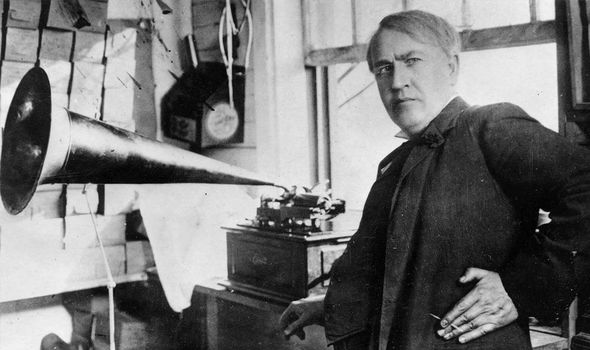 Mr Harkin pointed added: “I think he was about 31 or 32 at the time, so we could have never had all the things that he invented because he got killed by a badger.”

By this point in his career, he had invented the phonograph – the world’s first method of recording sound in 1877.

The first words he said into the device were: “Mary had a little lamb.”

But he was yet to work out a way to roll it out on a mass scale – with it not becoming commercially viable for another decade.

That particular invention would bring him worldwide fame during World War 1, when it was used to allow the US Army to play music for the troops. 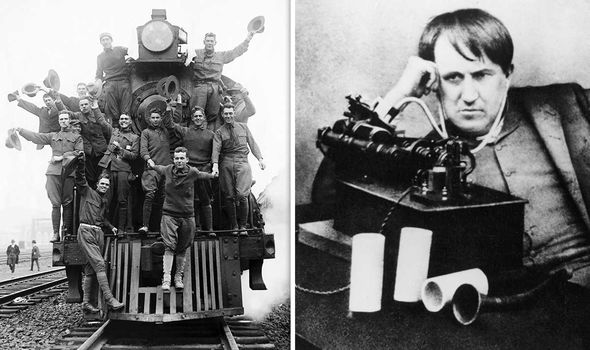 Mr Edison was also yet to create the incandescent light bulb – which radically improved on the initial invention of the electric arc lamp by Humphry Davy in the early 1800s.

Four other scientists had tried to improve Mr Davy’s designs prior to Mr Edison but without success.

He also held the world’s first motion picture screening at the Koster & Bial Music Hall, in New York City, in 1896. 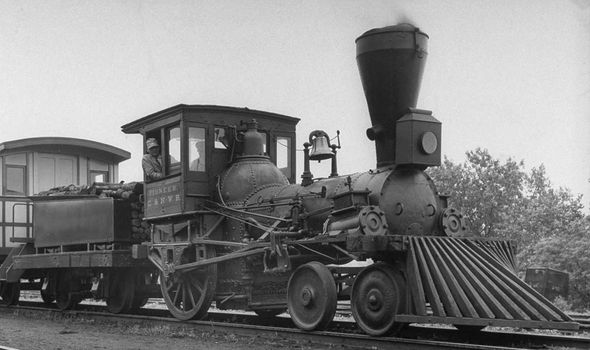 Referencing the near-fatal locomotive ride, co-host Anna Ptaszynski explained that it was not unusual for passengers to sit on top of the cowcatcher.

Mr Harkin added that Mr Edison chose to do it so that he could “see the scenery” better.

During the inventor’s lifetime, he filed over 1,000 patents for his potential creations.

Mr Edison died from complications related to diabetes at the age of 84 and to mark his death Biography.com claims there was a touching tribute.

They wrote: “Many communities and corporations throughout the world dimmed their lights or briefly turned off their electrical power to commemorate his passing.”

Best cheap Balearics holidays now they're on the green list – including Majorca, Ibiza & Menorca from £121pp

How the pandemic widened the gender gap in hockey

The Defiant Ones: 'Cambodian Rock Band' Stands Witness to History — and Reclaims It for Our Time

Taylor Lewis: Boy, 5, with no legs and hands who has braved 84 ops