Elvis Presley was ’nuzzling’ against me says Linda Thompson

Elvis Presley dated many women across his short life, but one of his best-known girlfriends is Linda Thompson. The former Miss Tennessee model lived with The King at Graceland from 1972-1976 after his separation and divorce from Priscilla. And now the 71-year-old has revealed that she’s been reunited with a jacket she had made for Elvis.

The early seventies era leather jacket has a silver bottom half, while the top is covered in multicoloured rainbow flames.

Wearing the piece of Elvis Presley history in a photo on her Instagram account, Linda Thompson wrote: “I had these beautiful matching motorcycle jackets made for Elvis and me many years ago.

“I must admit it was sentimental to try on Elvis‘s jacket today courtesy of a very generous collector at the Lone Star Elvis festival.

“I honestly felt I was getting a hug from the jacket because it held so many memories for me.” 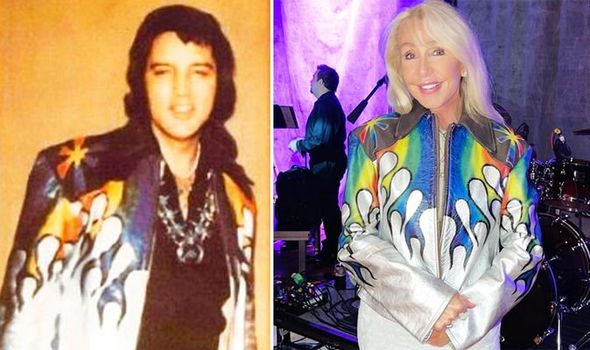 Linda was attending the Lone Star Elvis Festival at the Palace Arts Centre in Grapevine, Texas.

Sharing some videos of Elvis Tribute Artists there, she wrote: “There were some very good performances by ETAs today. I think we all had a great time and I’d like to thank everyone involved…especially @kwick_pro.”

A description included “The jacket was made by East West Musical Instruments Co. of San Francisco.” 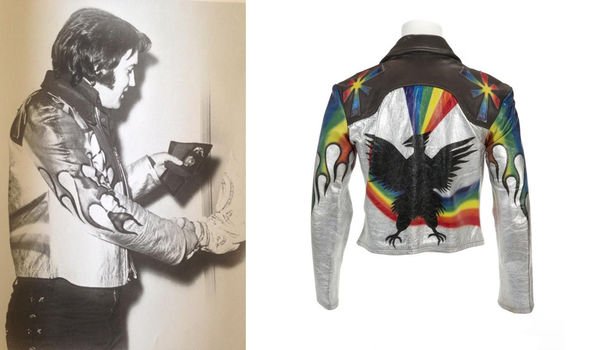 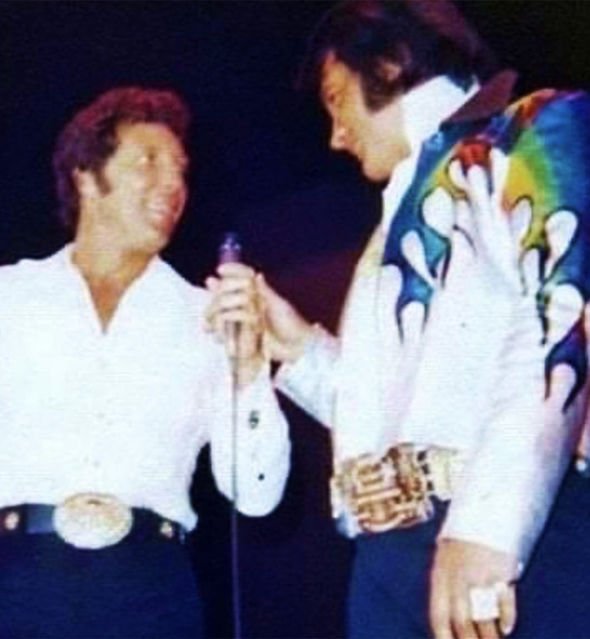 While it added: “Accompanied by a letter of authenticity from Ginger Alden stating that Presley gave the jacket to her while at Graceland in 1977. No size present.”

After Linda amicably broke up with Elvis in late 1976 to have a more normal life, The King began dating his final girlfriend Ginger, who it seems he later gifted the jacket to.

The later of authenticity signed by her reads: “This multicolor silver leather motorcycle jacket was worn by Elvis Presley and personally given to me, Ginger Alden, by Elvis Presley at his home, Graceland in 1977.”

As for Linda’s matching jacket, she keeps it in her Elvis closet, which her sons Brody and Brandon Jenner went through when filming The Princes of Malibu a few years ago.

In a clip of her sons going through her Elvis closet that she posted several weeks ago, one of them finds the multicoloured jacket.

Her son said: “What is this thing? Mom really wore this? What the hell was she thinking?”

During an interview last year, Linda was asked to share something about Elvis that might not be that well known to fans.

She told Reel Talker: “There’s a lot about Elvis that people don’t know. Most of it is very, very good. He was an incredible human being, very generous – generous to a fault.”

Linda pointed out how Elvis was a twin whose brother was tragically stillborn and that The King had webbed toes.

The King’s ex-girlfriend said: “He had twin toes, which meant that his second toe from the big toe and the third toe were conjoined up to what would be the knuckle.

“And I used to tease him a lot about having webbed toes! So he had twin toes. That’s something most people don’t know.”

She also shared how Elvis would die his hair jet black for drama when his natural colour was dirty blonde.

Racing tips: All you need for the Triumph Juvenile Hurdle at Cheltenham on Friday