Food for the brain! Fascinating book of ‘uncommon knowledge’ reveals a series of little-known facts – from how carrots became orange to why Finnish people are the ‘happiest in the world’

This is what Tom Standage, deputy editor of The Economist, calls ‘a compendium of explanations’.

It’s uncommon knowledge in two senses of the word: in the normal sense of ‘rare or infrequently encountered’, and also as in the meaning ‘exceptional and extraordinary’. In short, it’s food for the brain, all brought together in a neat, paperback package.

How did carrots become orange? They used to be white, like parsnips and turnips. ‘Scientists believe that farmers grew colourful carrots unintentionally, and then continued the practice more purposefully in order to differentiate them from wild ones.’ 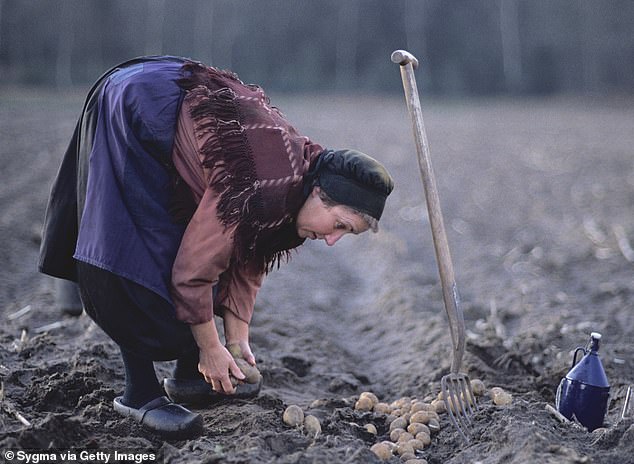 Tom Standage shares a selection of fascinating little-known facts  in a new book, including how having your own potato field can bring happiness (file image)

It’s thought that orange carrots became pre-eminent to show support for William of Orange in the 17th century, but it was fortuitous, because these carrots are unusually rich in vitamin A, which is good for the eyes.

However, it’s a myth that eating lots of carrots makes you see better in the dark. This factoid was disseminated during World War II by the British, purely to fool the Germans. It seems to have worked.

The one country where suicide rates have climbed — by 18 per cent — is the U. S. Half of all American suicides are by firearm.

You’re more likely to kill yourself by accident or by suicide with a gun in America than to be murdered with one.

The Finns are the happiest people in the world, and the three Scandinavian countries are next happiest.

The reason for this may be that it’s just very boring there. A Finnish saying sums it up well: ‘Happiness is having your own red summer cottage and a potato field.’

There are 70,000 universities for the elderly in China. Read that again: that’s not students, it’s universities. 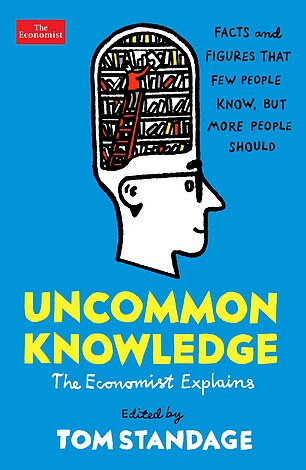 There are around 8 million students at these universities.

More than 40 per cent of Americans believe in ghosts, of which 15 per cent think they have seen one.

There is a world shortage of vanilla. The small island of Madagascar produces 80 per cent to 85 per cent of it, but it’s hard to grow and expensive and time-consuming to process, and demand is constantly growing. No one has a clue how this problem will be resolved.

The wrecks of more than 1,000 galleons and merchant ships are thought to lie along Colombia’s coastline. The wealth and treasure hidden within do not bear thinking about.

China no longer gives out its pandas as gifts. It rents them out for $50,000 a month. Offspring, if any are born, are Chinese property, and if you don’t pay, your pandas are forcibly repatriated.

Houseplant sales have risen by nearly 50 per cent across the world since the turn of the century. Most of them are bought by young people, who can’t afford a house or a garden of their own.

As Standage says, ‘Although houseplants grow and require care, they are neither as demanding nor as costly as pets or children.’

I’m not sure I have read a sadder sentence in months.

And finally, the typical British wedding costs between £18,000 and £25,000, or roughly eight to 11 months of disposable income for the median household.

That amount would pay for less than half of the luxury toilets hired for Prince Harry’s wedding to Meghan Markle in 2018.

This is an uncommonly brilliant little book.

Nando's release a guide to their famous PERi-PERi Chicken Thighs