Family of girl, 6, who was given 12 months to live after vomiting turned out to be rare form of brain cancer say she has been ‘robbed of childhood’

The heartbroken family of a six-year-old girl told she has 12 months to live have said she has been ‘robbed of her childhood’ by a rare form of incurable brain cancer.

Lily McKelvey, six, from Essex, was diagnosed with a diffuse intrinsic pontine glioma (DIPG), a rare tumour which develops in the brainstem, after she began violently vomiting in the mornings.

Her parents Jack and Elizabeth are now desperately fundraising to send Lily to New York for a pioneering treatment which isn’t available in the UK and may prolong the little girl’s life.

Lily’s devastated aunt Lucy, 29, said the Covid-19 crisis has meant Lily may not be able to spend what could be her final year of Lily with friends and family, telling Stoke-on-Trent Live: ‘The treatment in America can prolong her life so she will get to see her brother and spend time with her friends after this year, hopefully we can get out of the pandemic.’ 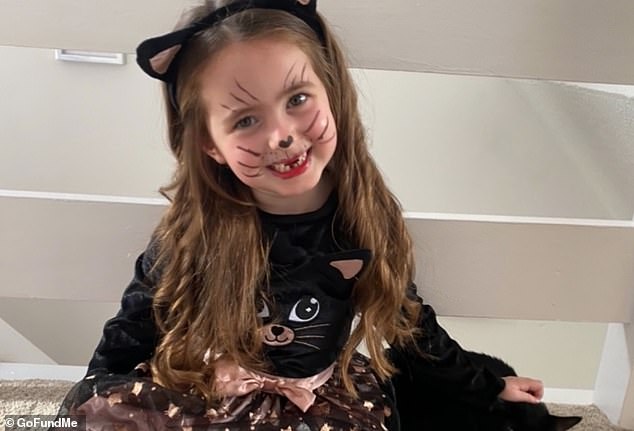 Lily McKelvey, six, from Essex, was diagnosed with a diffuse intrinsic pontine glioma (DIPG), a rare tumour which develops in the brainstem 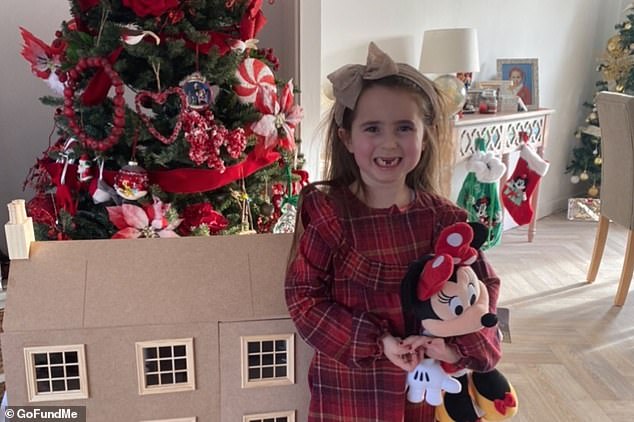 Lucy explained: ‘She can’t go and play with her friends, she has been robbed of her childhood.’

Lily was healthy and happy when she was born in October 2014, and the family had their ‘happiest Christmas yet’ in 2020, after finding out she would become a big sister to a baby brother in June 2021.

However shortly after Christmas, Lily started being violently sick in the morning, with doctors originally putting the symptoms down to a bad case of Gastroenteritis.

Jack and Elizabeth went on to consult a private doctor, who advised the parents to take Lily to Colchester hospital, where she was put into paediatrics on January 10th. 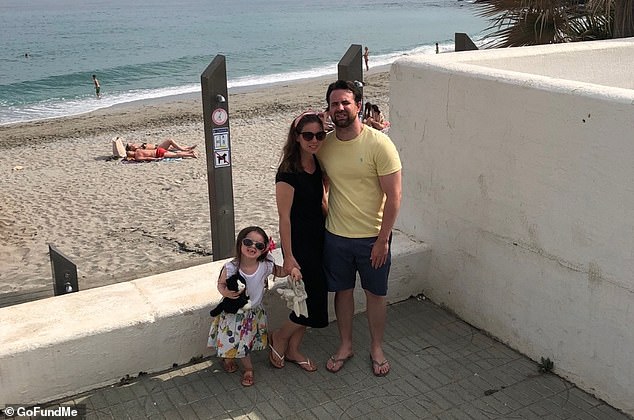 Her parents, Jack and Elizabeth (pictured), are desperately fundraising to send Lily to New York, for a pioneering treatment, not available in the UK

What is a diffuse intrinsic pontine glioma (DIPG)?

A diffuse intrinsic pontine glioma (DIPG) is the second most common type of high-grade brain tumour to affect children.

The cancers begin in a part of the brain stem called the pons, which is responsible for vital functions such as breathing, sleeping and blood pressure.

Because the tumours grow in such a sensitive and important area of the brain it is too dangerous to operate on them, so they are considered incurable.

Most diagnoses occur in children between the ages of five and 10.

The cause of the tumour remains unknown, but more than 90 per cent of patients are thought to die within 18 months of diagnosis.

One of the early indicators of the cancer is a child falling, tripping or losing balance.

Lily underwent various tests, including a CT scan which revealed a mass in Lily’s brain.

The next day Lily had an MRI scan, the results of which were sent to Addenbrookes Hospital Cambridge.

The following day the parents travelled to Cambridge to collect the results of the scan, where they were told Lily had a diffuse intrinsic pontine glioma (DIPG), which is a tumour that grows in the stem of the brain. 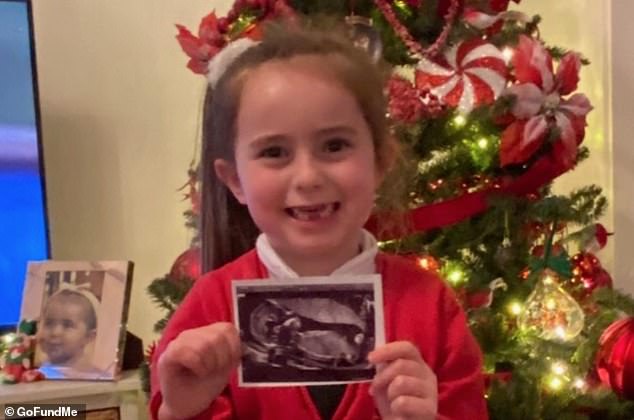 The family had their ‘happiest Christmas yet’ last year, after finding out she would become a big sister to a baby brother in June 2021

The parents were told the condition is incurable, and that without radiotherapy their daughter would not live beyond six months.

Lily will start 13 sessions of radiotherapy at Addenbrookes Hospital Cambridge on Wednesday on January 20, which could allow her to live for an additional 12 months.

After doing extensive research into this rare form of brain cancer, Jack and Elizabeth discovered a specialist treatment in New York which could help to prolong the child’s life.

The parents have consulted with their doctor in Cambridge, who has confirmed Lily may be able to travel there for treatment after her radiotherapy. 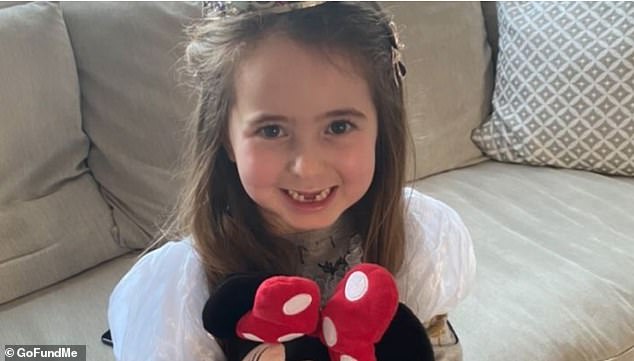 Lily will start 13 sessions of radiotherapy at Addenbrookes Hospital Cambridge on Wednesday on January 20th, which will allow her to live an additional 12 months

The parents are now trying to raise £370,000 for Lily’s treatment abroad.

The family have so far been inundated with support from friends, family and strangers and have so far raised more than £95,000 towards the vital treatment.

If you would like to donate to Lily’s campaign, visit her GoFundMe page.

The 80 Greatest Dylan Covers of All Time