What’s in a name? Gisele Bündchen prefers not to use “stepmom” to describe her relationship with Tom Brady and Bridget Moynahan’s 12-year-old son, Jack.

“I don’t like the word stepmom,” the supermodel, 39, said on her Thursday, February 27, Instagram Story. “I use the word bonus mom because I feel like it’s a blessing in my life. I feel so lucky that I got to have an extra, wonderful little angel in my life.” 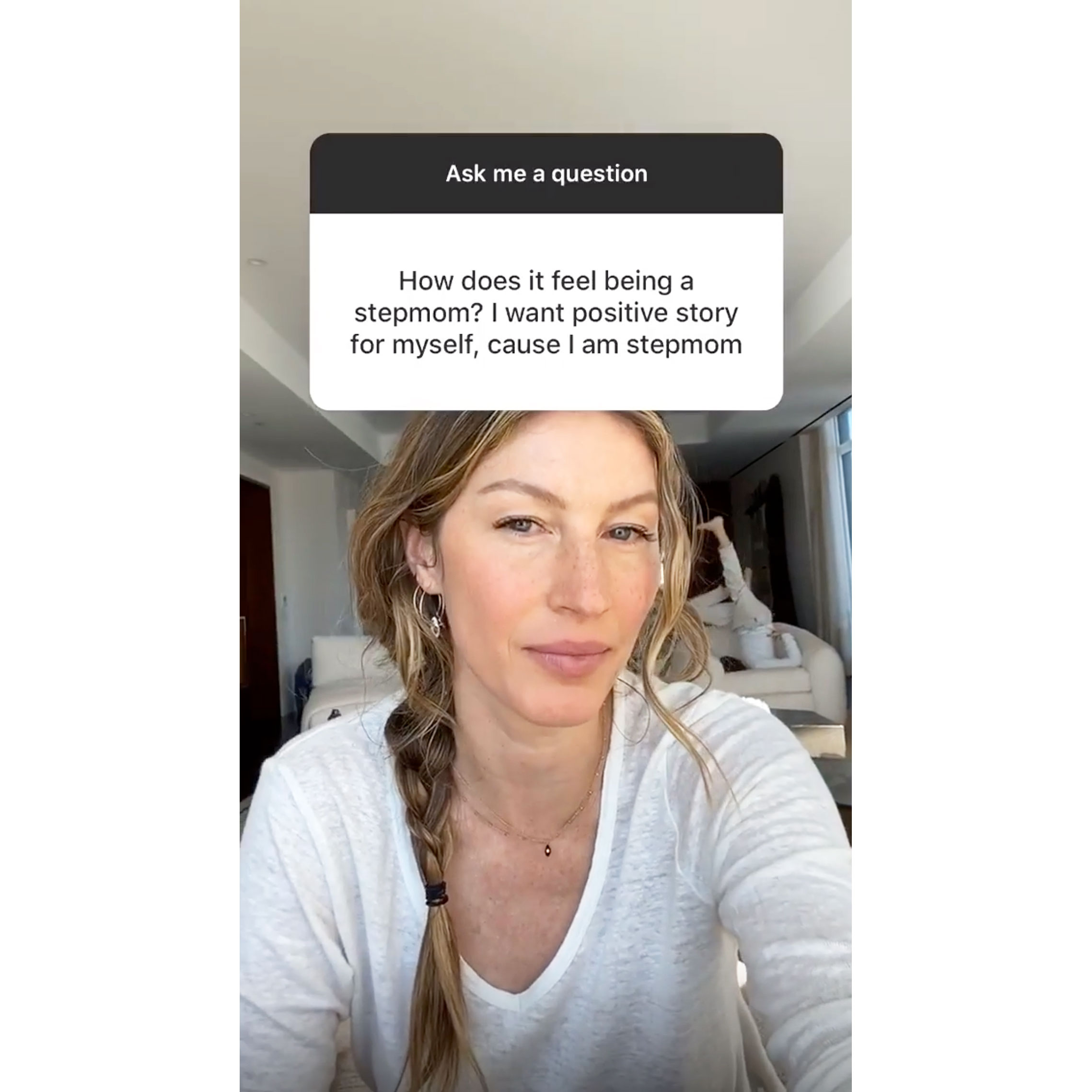 Brady, 42, and Moynahan, 48, welcomed Jack in August 2007 after their breakup. Two years later, the professional football player wed Bündchen and they went on to welcome Benjamin, now 10, and Vivian, now 7.

When Bündchen found out that the actress was expecting a child with her husband, the former Victoria’s Secret Angel felt like her world had “turned upside down.” She explained in her memoir, Lessons: My Path to a Meaningful Life, that although she didn’t have “an easy time” with the news, her stepson made her “heart expand in ways [she] didn’t know were possible.”

Happy Mother’s Day and thank you for loving us the way that you do! This picture sums it up! Your family loves being with you cuddling and laughing! We rely on you to hold us up when we are down! You are the rock that holds our family together. And we thank you for being so positive and optimistic….ALWAYS…even when we don’t always want to be that! We love you so much! @gisele ❤️❤️❤️❤️

Moynahan also struggled at that time, writing in Our Shoes, Our Selves: “Having a baby should have been the most joyous time of my life, but instead I felt assaulted. It’s unnerving to be followed and stalked like that, especially during such an emotionally vulnerable time. … I became reclusive for a bit. I became wildly private. I shared little and only with a select few.”

Having Jack has helped the New York native “focus on what’s more important,” she told Us Weekly exclusively in April 2019.

The Blue Bloods star added, “I think that one thing I love about being a mom is that it takes me outside of myself. Coming from a business of being a model and then an actress, it’s a lot of being consumed with what you’re doing or how you look, what your next step is.”

Moynahan and Brady dated from 2004 to 2006. She went on to marry Andrew Frankel in October 2015 in The Hamptons. The businessman, 45, has three children from previous relationships.

Unlock the secrets to being the best version of you. From keeping those New Year’s resolutions, to staying mindful about your mental health and tackling issues that rarely get talked about. Listen to ‘The Secrets to a Healthier, Happier You’ in 2020 below.

Michael Caine net worth: British film icon has made eye-watering fortune throughout career