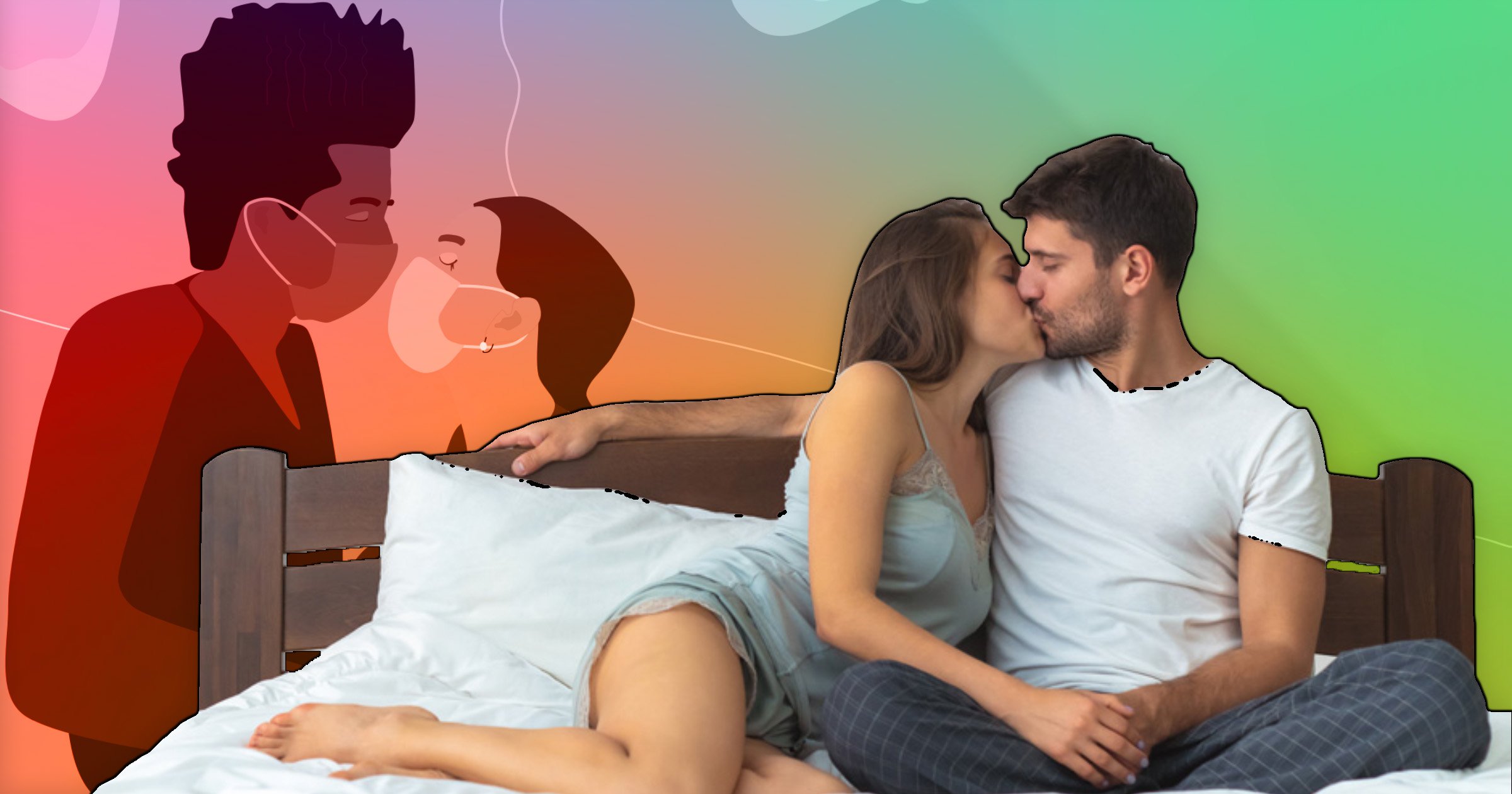 Anna, 21, went official with her boyfriend back in February 2020 – just a month before the first national lockdown was imposed on the UK.

‘A couple of months into lockdown he moved in with me until my tenancy ended at the end of June,’ she tells Metro.co.uk. ‘Then in July and August we rented a room in a house together, which was a bit mad considering we had only just been official since February.’

The two no longer live together – but that doesn’t mean they’ve seen each other any less.

‘He stays at mine most nights after he finishes work,’ Anna says. ‘It just feels easier to spend time with my boyfriend; being one on one with someone feels much more manageable.

“We are definitely very dependent on each other considering we have only really been together a year.

‘I felt a bit lost when I went home for Christmas. As I am so used to spending evenings watching things with him, doing that alone definitely felt weird.

‘There have also been times where my housemates and I have got drunk in the house, and I also miss him then. I feel very sad saying this.’

The pandemic has caused many of us to lapse into relationships where we’re excessively emotionally reliant on our partners.

Sure, humans are sociable creatures, and it’s fair to expect your partner to fulfil some of your needs for physical affection and emotional support – especially during a time as turbulent as this.

But as we’re unable to see our usual family and friend support networks given the current circumstances, it’s unsurprising that some of our relationships are veering into codependency.

What does it mean to be in a codependent relationship?

Codependency is a dysfunctional relationship state in which one partner or both feels reliant on the other person to validate their self-worth and identity.

It can manifest in extreme clinginess and an immense fear of being apart. Someone in a codependent relationship may lose their sense of self or make their entire life revolve around another person.

Signs you may be in a codependent relationship:

Therapist and relationship expert Dr. Kalanit Ben-Ari (@dr_kalanit) defines codependent relationships as ‘dependence on the needs of or control by another’.

‘Codependency can be present in any relationship, not only a romantic one,’ she explains. ‘It might be between a parent and a child or between friends too. It’s also not exclusive to couples who live together.

‘It can be characterised by overly taking care of the other person, feeling anxious and worried about abandonment, or being in a controlling relationship where one loses their sense of self-esteem, self-worth and ability to make independent decisions.’

Anna and her partner aren’t alone in getting intense quickly due to lockdown.

According to a recent study from eharmony and Relate, common relationship milestones such as moving in together have generally been reached quicker due to the pandemic. The report also found that over a third (36%) of people newly living with a partner believe two months in lockdown feel equivalent to two years of commitment in normal circumstances.

By that logic, Anna and her boyfriend might feel as though they’ve been together for twelve years – not one.

Dr. Ben-Ari makes the point that due to lockdown, people are at risk of becoming more dependent on their partners to fulfil needs that would otherwise be fulfilled by the wider community.

‘Mothers can’t go to parent-baby groups to stimulate baby growth and let off steam,’ she notes. ‘We can’t release stress by sharing our feelings with friends face-to-face. We can’t rely on teachers to take care of our children’s education.

‘Time together with our partner has become more about sharing responsibilities that in the past were shared with a community.’

Like Anna, Niamh*, 20, has also found herself growing dependent on her boyfriend over lockdown.

‘We have been together since May last year,’ she says. Since then, Niamh has moved into her boyfriend’s student house. ‘Our relationship has moved a lot quicker than I think it would have done if we weren’t in lockdown. We went from seeing each other a few times a week to literally living together.’

Niamh is worried that moving at such a fast pace has made her overly-reliant on her boyfriend.

‘I am quite an anxious person and I feel like having him around makes me feel a lot calmer,’ she explains. ‘I do feel quite worried now when I go out and do things on my own, like when I go and work in the library. I have noticed that I prefer it when he comes with me – I feel more calm and relaxed when he does.’

While, in normal circumstances, spending more time with friends or taking up a new hobby might be surefire ways of staving off codependency, that’s not really an option in lockdown. So what can we do?

Dr. Ben-Ari suggests viewing yourself as part of a ‘team’ in your relationship.

‘When we are part of a team, we are dependent on each other, but success is knowing how to bring the best out of each person,’ she says. ‘Ultimately, couples need to talk about it with each other. Talk about your expectations, desires, wishes, dreams, and how you can support each other in these.’

It can also be helpful to schedule in some time apart from your partner, even in lockdown. That might be a Zoom chat with a friend or doing a home workout while they do something else.

Niamh is working on overcoming feeling anxious when she’s apart from her boyfriend.

‘I try to go for a walk at least once a week with a friend, just so I can get some me time,’ she explains. ‘I also try to go to the library on my own.’

On top of this, she’s also continuing to work on various community radio stations for a few evenings a week and making a conscious effort to carve out some time and space as her own.

There’s also a lot of comfort to be found in the fact that we won’t be in lockdown forever. Anna is optimistic that her relationship will flourish once lockdown lifts.

‘I think when restrictions ease, our relationship will not feel as intense and hopefully we will both feel more confident again,’ she says. ‘I know we both love spending time together but we also love human interaction – and you can’t get that to the fullest from just one person.’

Rush Hour Crush – love (well, lust) is all around us

Tell us about your Rush Hour Crush by submitting them here, and you could see your message published on the site.