A WOMAN has described her utter shock when doctors said she had two weeks left to live, following months of back pain and a cough.

Becca Smith, a gym enthusiast, 29, thought her symptoms were due to a slipped disc, so was horrified when she was diagnosed with terminal lung cancer. 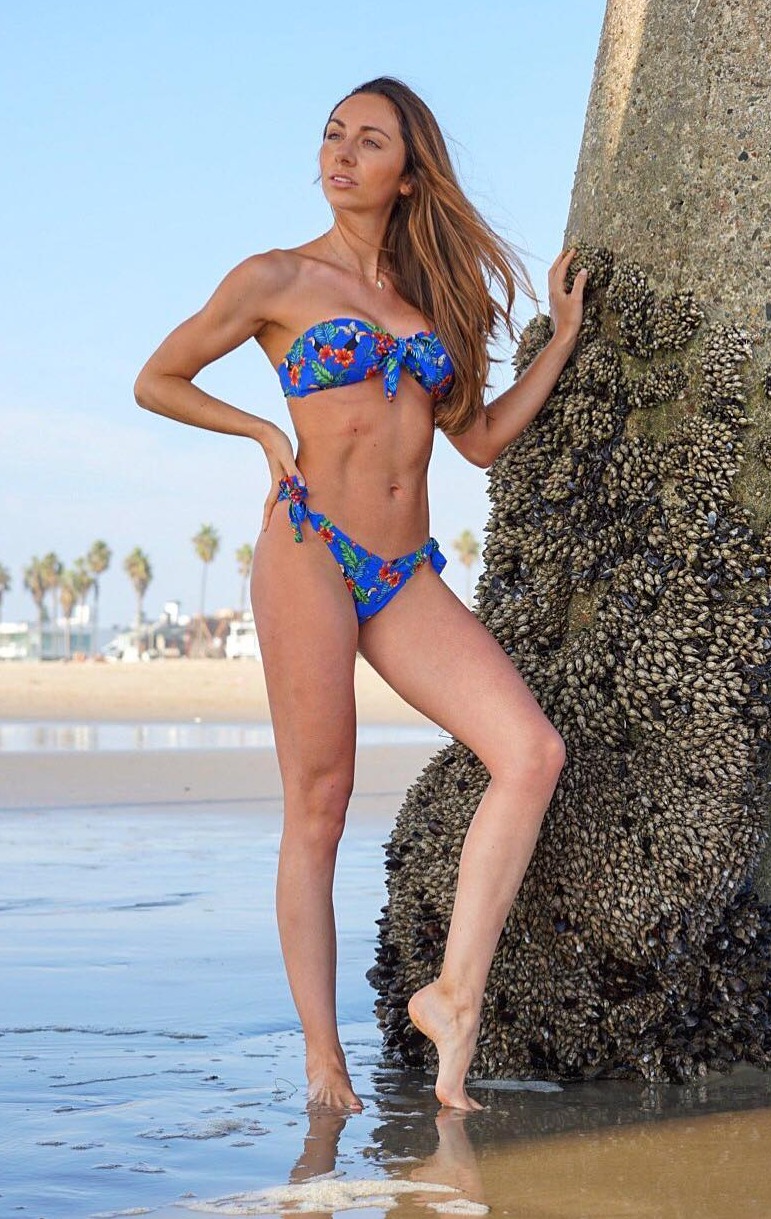 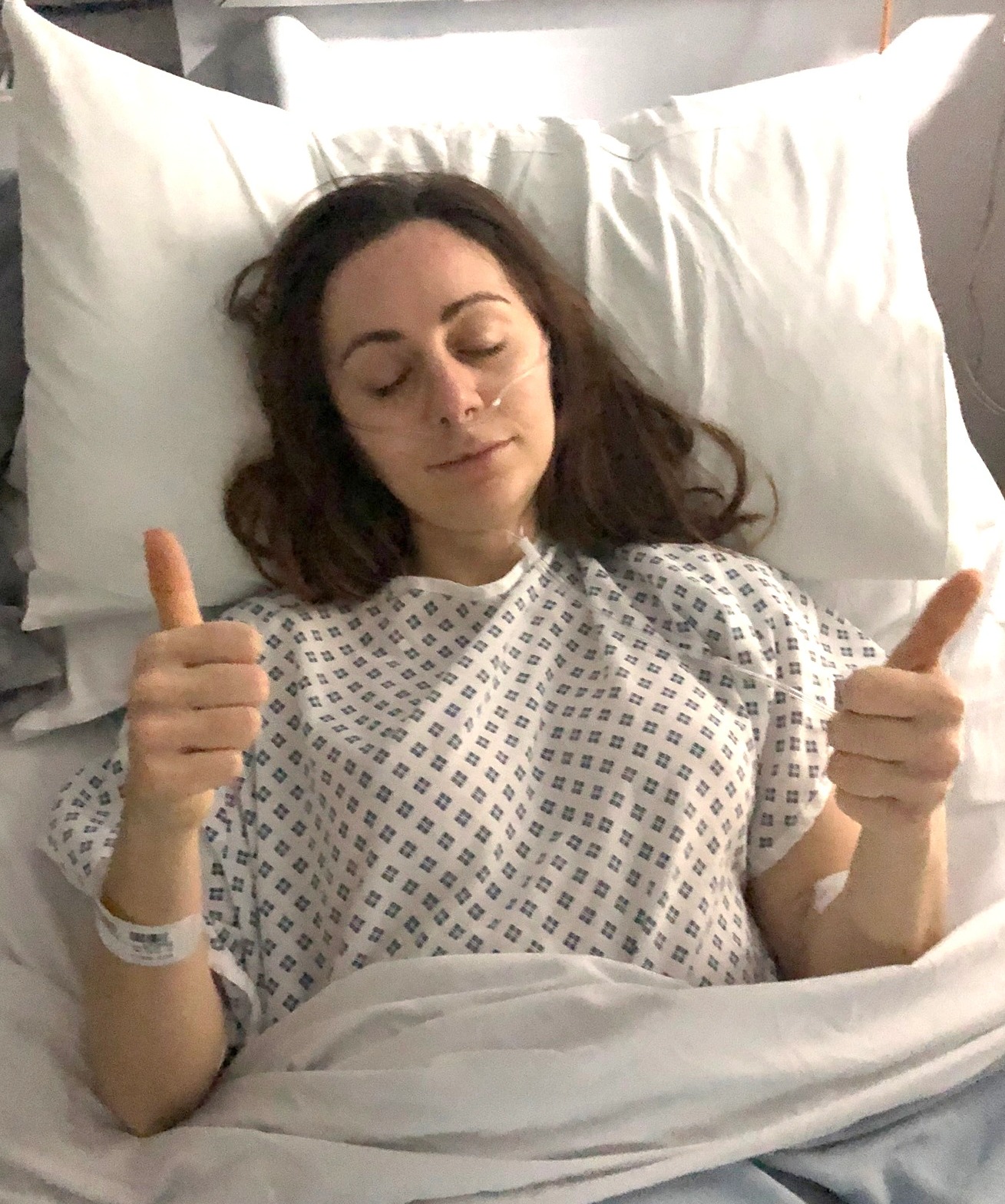 The bikini contest champion, from Chester, Cheshire, was setting up her own yoga studio in Leeds at the end of 2019 when she started to fall ill.

Then, in January 2020, she started experiencing severe pain and migraines. She stopped yoga and strength training on the presumption she had injured her back.

The personal trainer saw physiotherapists, chiropractors and private health doctors – but every time had hit a blank.

She was hospitalised after losing her vision for the second time and thought a slipped disc was to blame.

Having been crowned Cumbrian Classic Bikini Champion in 2015 and later competing in the British finals, she didn’t even think cancer could be possible.

Becca was kept in hospital for five days while doctors ran tests, MRI scans, CT scans and performed a biopsy on her back in March 2020.

She was rigged to an oxygen machine, constantly had ice packs strapped to her head and was unable to walk.

Becca said: “I remember two doctors came up to me. They closed the curtains, my stomach dropped. I just knew something wasn’t right.”

Becca was asked if she wanted her parents present, but she said “no” because she never dreamed the diagnosis would be so shocking.

The doctors told Becca, a non-smoker, she had stage four lung cancer.

They said there was nothing they could do – it had spread from her lungs to her spine, brain and skull.

Then she was given just two weeks to live.

“I vividly remember ringing my mum and screaming ‘Get to the hospital’ and I was screaming ‘It’s cancer’.

“I remember saying to my mum: ‘Please don’t let me die’.”

Becca wrote on Instagram, where she is documenting her journey, that she stayed in a private room with family by her bed side for several days.

I remember lying in bed thinking: ‘Oh God, if only I’d done this, or saw this bit of the world'.

She was then sent home with palliative (end of life) care and, despite lockdown starting, “friends and family travelled to be by my bedside to say their goodbyes”.

Becca’s parents brought her home so she could spend time there with family.

Despite the two-week projection, Becca’s family refused to accept it was the end.

Becca’s sister Steph, 31, invested in herbal remedies in a bid to boost her health as much as possible, including cannabis oils and healing juices.

A week into Becca’s time at home, a hospital nurse rang to say they had found Becca had ALK lung cancer.

It occurs when the ALK gene breaks and sticks to another gene. This rearrangement causes cells to grow abnormally and leads to tumours.

ALK makes up just five per cent of all lung cancer cases. Unlike typical lung cancer, the majority of ALK patients aren’t smokers and half are under 50 years of age.

While incurable, ALK is treatable with tablet-targeted therapy that stops the cancer from growing.

Becca takes a drug called Alectinib that keeps her “stable” – prolonging her life.

The cancer has left her brain and skull but a small amount sits dormant on her left lung and spine, which the tablets stop growing.

Becca attends hospital for monthly scans. It is not known exactly what her prognosis now is.

However, she has returned to work, the gym, and says she “feels the healthiest mentall and physically”.

What are the symptoms of ALK lung cancer?

Lung cancer may not show symptoms until you’ve had it long enough for it to spread to other parts of your body, says ALK Positive.

It is harder to treat as it progresses, so do not delay checking in with a doctor.

If you suspect that you have any symptoms of lung cancer, like those below, see your doctor immediately:

“I just feel like this new path, rather than helping people in fitness, I’m hoping to use my diagnosis to help people.

“I look at everything differently now. I don’t worry or stress about the things that I used to.

“My world was set on building businesses and making money, but now it’s just to live a long and healthy, happy life.

“I remember lying in bed thinking: ‘Oh God, if only I’d done this, or saw this bit of the world'.

“Now, I feel like I can do anything I want to do.”

The Roy Castle Lung Cancer Foundation has supported Becca on her journey with lung cancer and urges anyone, no matter how young or healthy, to address any changes in their body.

“How many of us take notice of seemingly small things, such as a cough that doesn’t go away, being a little more tired than usual, or in Becca’s case back pain?” said CEO Paula Chadwick.

“Yet these may be early signs of something much more significant happening within us.

“We urge everyone to take a moment to think about their health – have there been any subtle changes?

“If so, don’t hesitate, go and see your GP and get it checked out.

“Most likely, it won’t be anything serious but if it is, then by taking early action you could save your live because the earlier lung cancer is diagnosed, the easier it is to treat.” 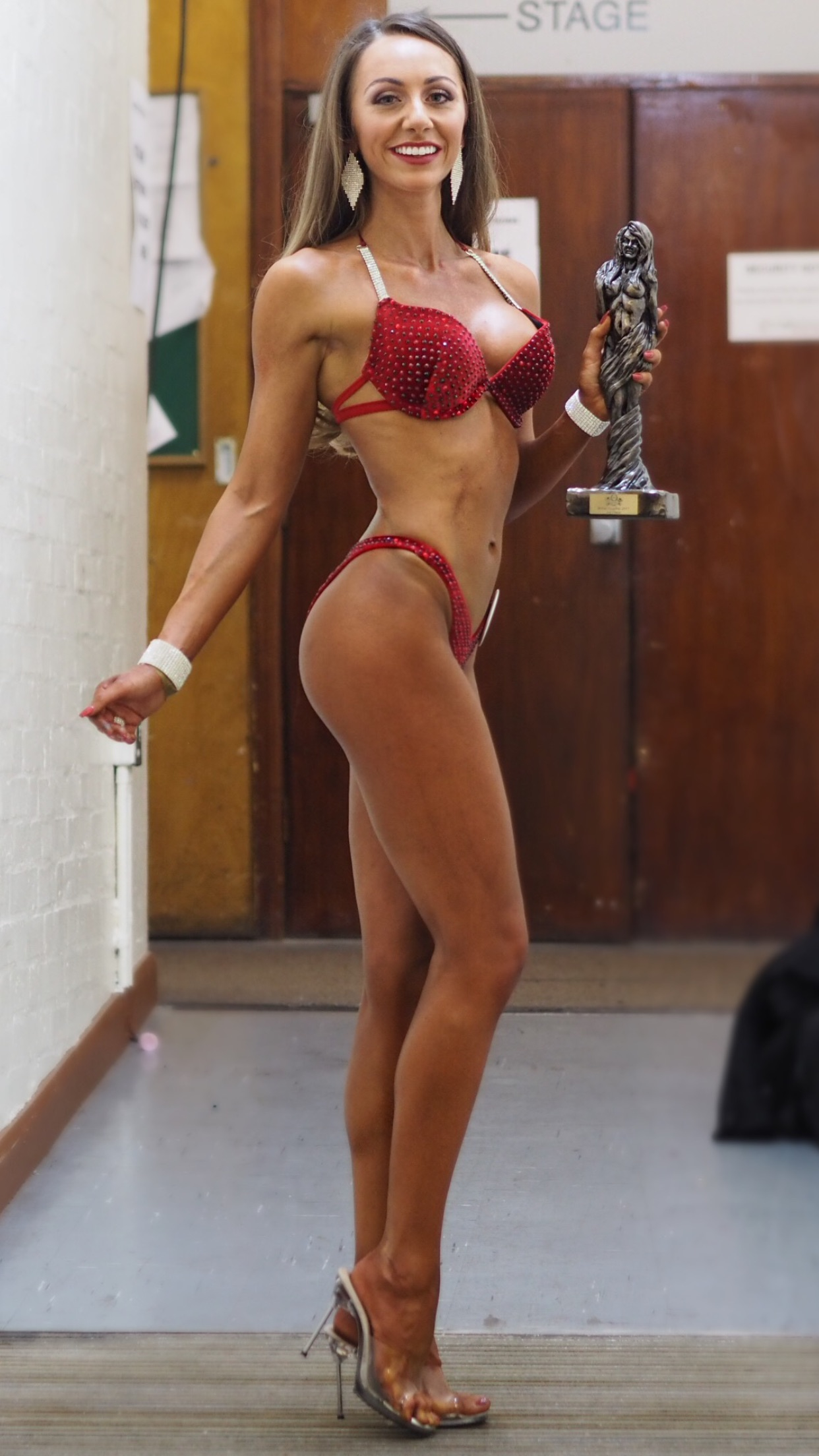 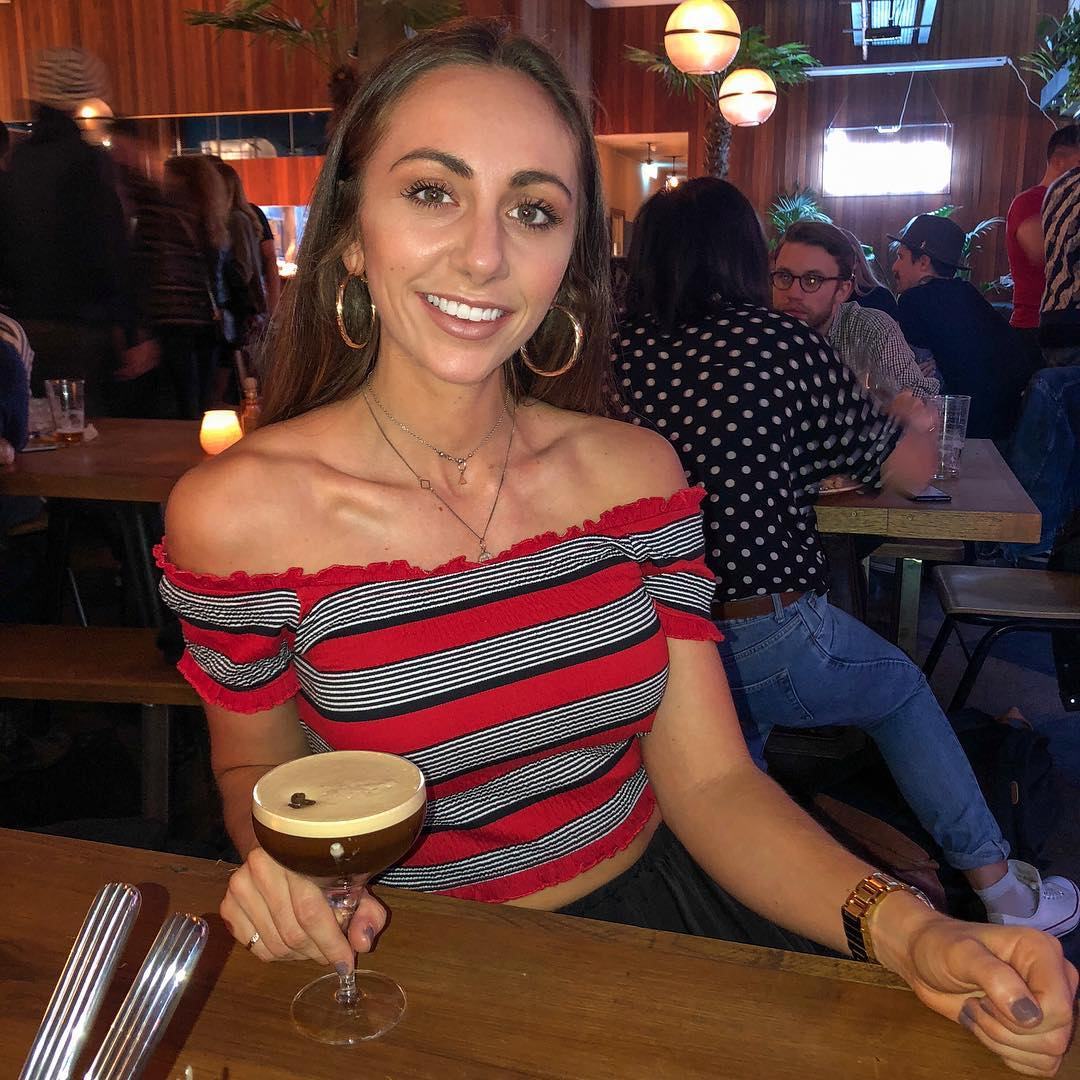 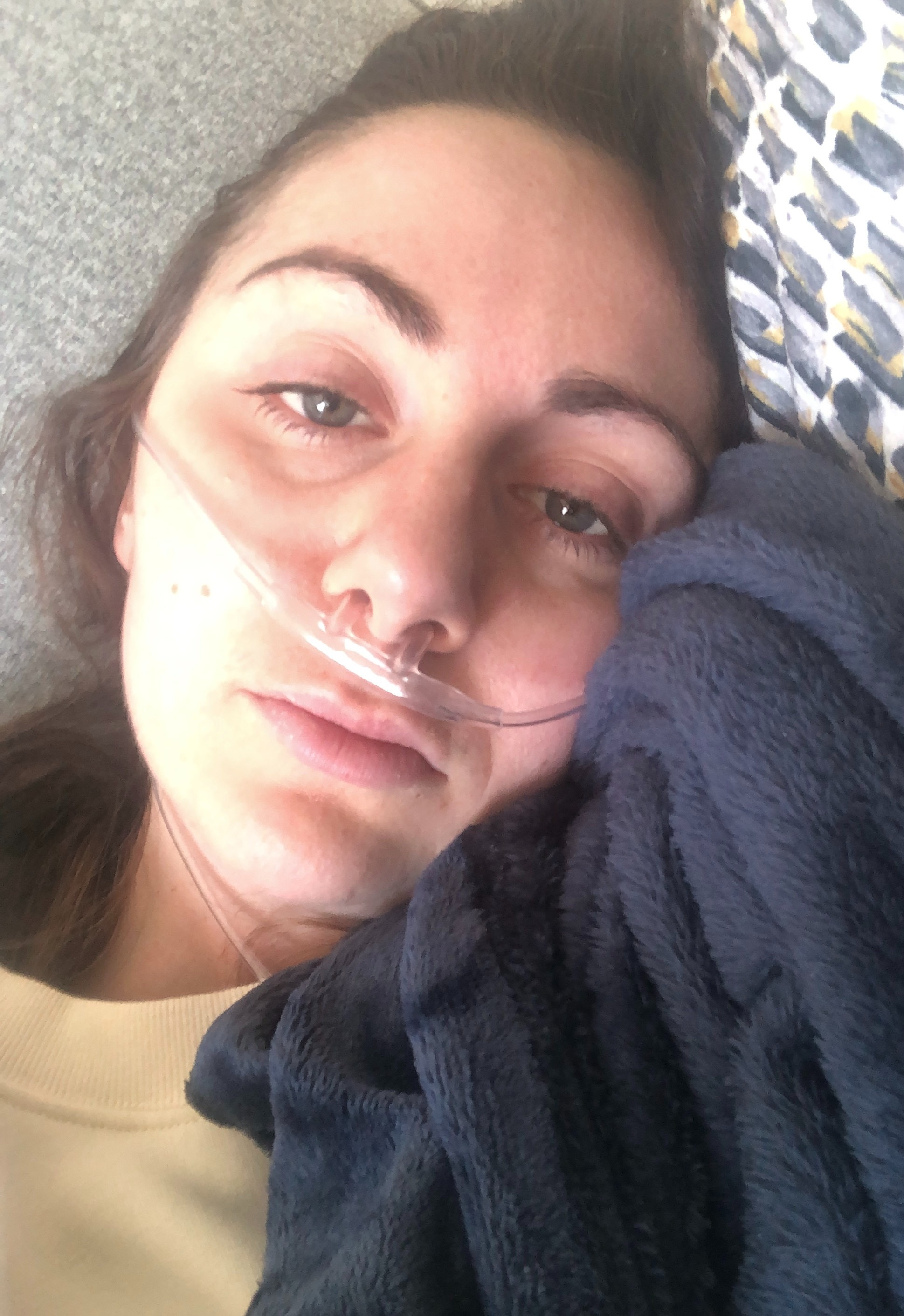 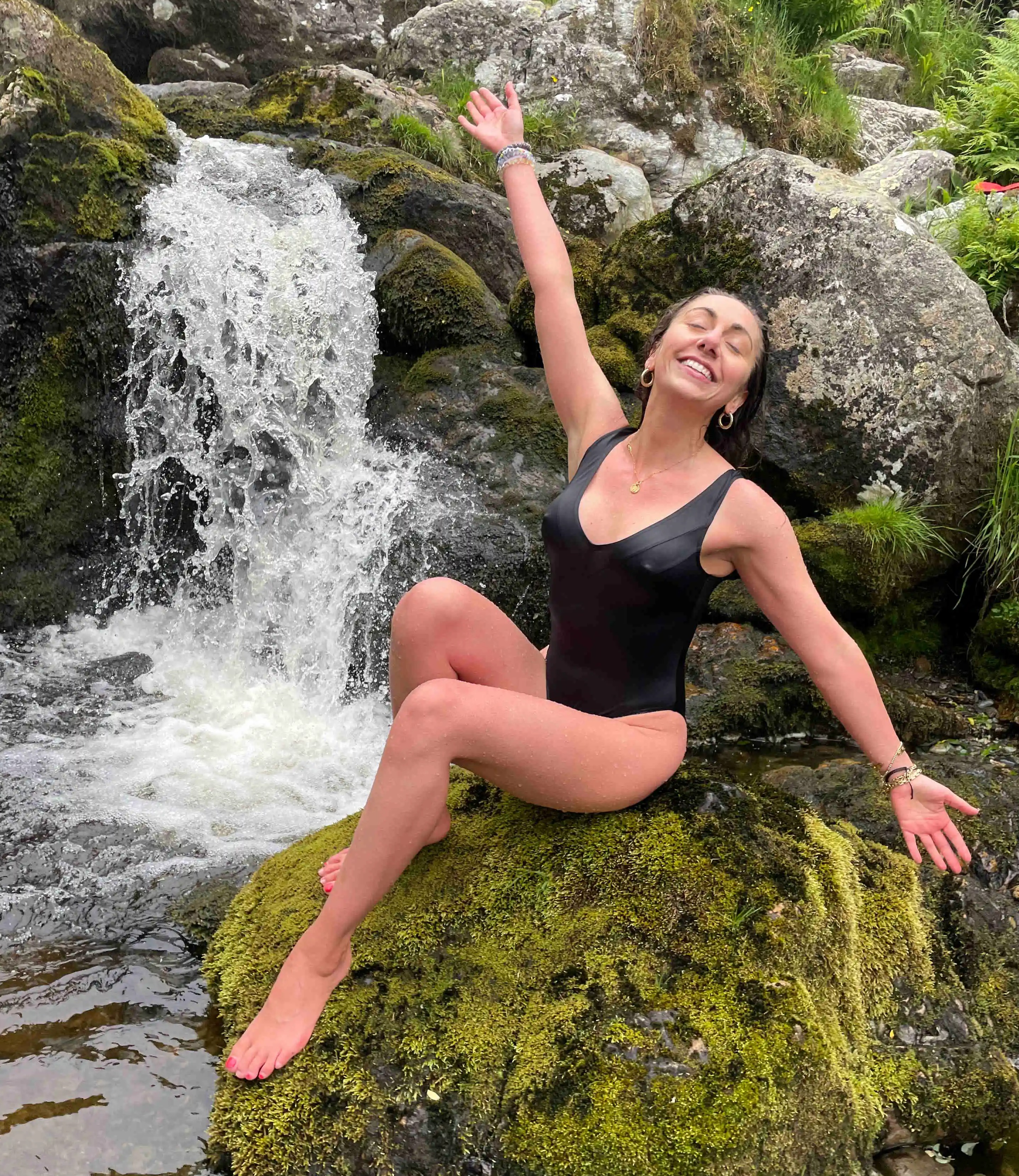 Some Costco Stores Are Changing Their Operating Hours Again

How do I get a census form? Access code required as census goes online