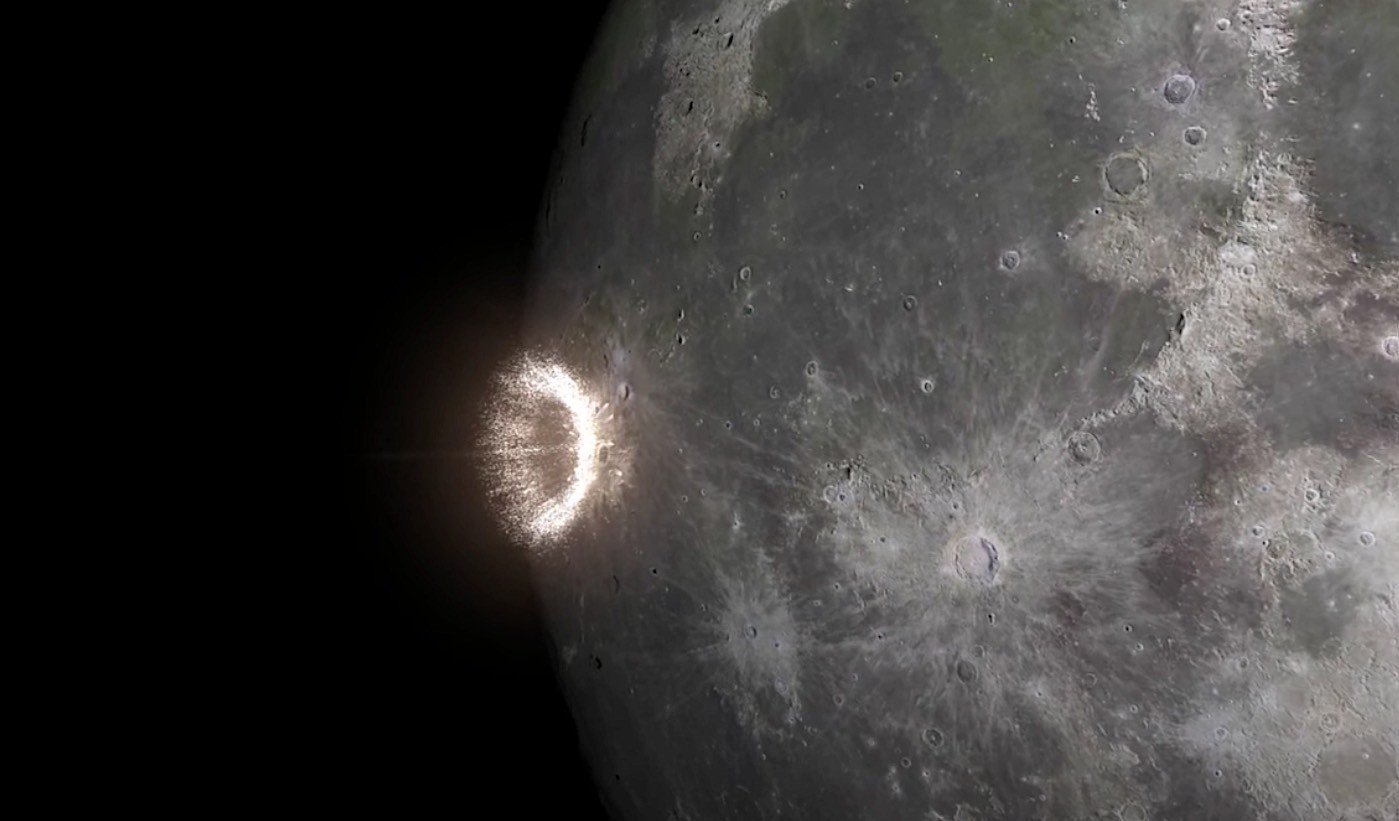 These incredible images give an idea of what it looks like when an asteroid collides with the moon.

Of course, the view from Earth would be nonexistent – an almost imperceptible flash at best – but up close the impact would be dramatic.

The moon is being bombarded with asteroids all the time, and a YouTube channel specialising in animations has given us a close-up look.

A three-minute video shared by Hazegrayart, shows twinkling lights as asteroids smash into the lunar surface, looking like fireworks.

Over 2.7 tonnes of space rock hit the moon each day, which is made up of roughly 100,000 individual rocks. Many are only the size of a speck of dust.

The moon’s barren surface was exposed to a heavy bombardment of asteroids about 3.9 billion years ago. Astronomers currently don’t know what caused this bombardment but the effects of it can still be observed today.

In fact, scientists are still not completely sure how the moon was formed.

A popular theory is that it formed as a result of a collision between the Earth and a smaller planet, about the size of Mars.

It also acts as a natural shield for our planet, preventing many of those asteroids from hitting us.

Here’s How Much Doja Cat Is Really Worth

Rihanna Says She Has 'No Boundaries' for New Album: 'I Am Very Aggressively Working on Music'

On the Plus Side: Fashion Director Rivkie Baum gives you the lowdown on plus size fashion

Ashton Kutcher and Mila Kunis: The Truth Behind Their Super Bowl 2021 Commercial