When Miley Cyrus saw the images of Australia’s bushfires – of the devastation done to the environment, to people’s homes, and above all to the animals – she knew she had to act.

“I told my team that I wanted in some way to be able to go to Australia, but I didn’t know the best way to do it,” she says down the line from Los Angeles, where she has spent her day filming a promo for the bushfire relief concert she will perform at Lakeside Stadium, Melbourne on Friday March 13.

The concert – which will mostly be based on the show she did at Glastonbury last year, but with some tweaks, including a promised cover of Jet’s Are you Gonna Be My Girl? – has come together in a matter of weeks. 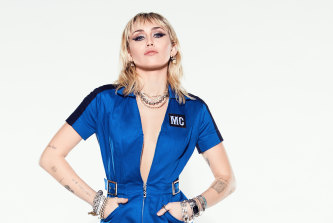 “You don’t always have time to plan, you never know when events like this will occur,” she says. “My dad [country music star Billie Ray Cyrus] always told me that life is a series of adjustments, and that works in times like this. But it just started with an idea of going back to a place that has always meant a lot to me.”

The 27-year-old Nashville-raised singer, actor, vegan and activist has a long and deep history with this country. From the first time she saw Australia, she says, “it felt very relatable, you know like seeing cattle farms that reminded me of being at home in Nashville, minus the beautiful beaches”.

There was, of course, the added connection of her on-again, off-again relationship with Liam Hemsworth which culminated in a secret marriage in December 2018, before a divorce on the grounds of “irreconcilable differences” last August. 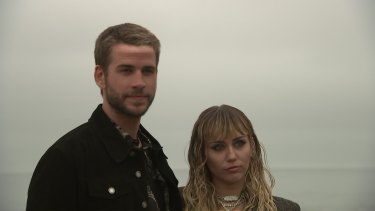 Cyrus, seen here with ex-husband Liam Hemsworth, has been a frequent visitor to Australia for the past decade.Credit:ap

That marriage, she has previously said, was spurred by the tragedy of losing their home in California’s Malibu to fire in 2018. Hemsworth helped save her animals – including horses, dogs and pet pigs – but not everything was spared.

“I lost every song I’d ever written, because I write everything down in a journal or a diary, including the song Malibu that I’d written about loving and feeling so free in a place like that,” she says. “Losing that magical place definitely had a devastating effect upon me and my life, so being able to be a part of this [fundraiser] is just, you know, I’m connected to it in a lot of personal ways.”

The event announced this week is the second concert from new promoter Apollo World Touring, which has the backing of Will Smith and wife Jada Pinkett Smith. The first to be announced by the new outfit was Robbie Williams’ show in the same venue, to be staged the following night as part of the Grand Prix weekend celebrations.

The promoters have promised that 100 per cent of ticket sales, minus booking fees, from Cyrus’s concert – which will also feature Grammy Award winner Lil Nas X and The Veronicas – will be donated to two bushfire relief charities, WWF’s Australian Wildlife and Nature Recovery Fund and the Foundation for Rural and Regional Renewal. 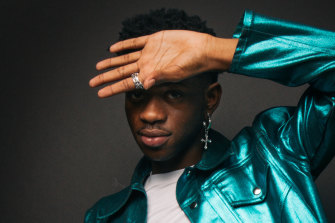 Lil Nas X will also perform at the concert.

Cyrus intends to take a look at where the money will be spent as soon as she touches down.

“I’m a big animal lover and I was able to get my animals out safely from the fire, but not everyone was as lucky as me. So when I get to Melbourne one of the first things I’m going to do is go visit some of the animals and see first-hand where some of the money will go. That’s something I’m really looking forward to.”

What she won’t be doing is turning the event into an excuse for politicking. Though she’s a committed environmentalist and a passionate campaigner for LGBT rights, Cyrus is wary, and weary, of how such issues can become wedges between people.

“I think the most important thing is that we talk about these kinds of issues with love and inclusivity,” she says. “Politics can just become such a divider in people, and it’s important that this be glue rather than separating people even more deeply than they already are.”

Vitamin B12 deficiency: Delirium linked to low B12 levels – how to spot it

Tube racist unmasked: White man who was knocked out by punch

2021 Oscars: How to Watch This Sunday